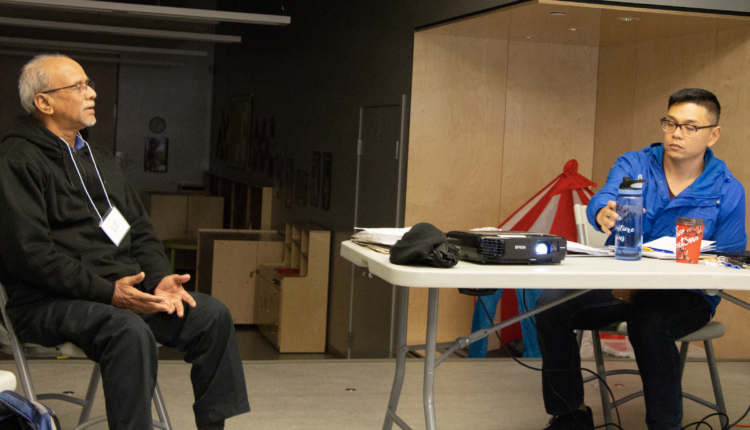 Support programs focused on helping men are particularly important in the era of modern technology when families don’t interact with real conversations, according to the coordinator of a South Vancouver group.

Eric Lau is the coordinator of the South Vancouver Neighbourhood Centre’s Man-Up community programs, which are a series of programs focused around men and those who identify as men. Lau said men who attend the meetings support each other on developing healthy relationships.

“In some families, the interaction between children and parents do not exist anymore due to the lack of conversation caused by smartphones,” said Lau. “Parents must spend more time with their children during the weekend and limit the screen time for children.”

Another participant, Ryan Brown supported this point of view, adding that although Canada has had a long tradition of democracy and free thinking, parents must sometimes behave in an autocratic manner to preserve family cohesion.

At the recent meeting on Oct. 16, the group watched the movie The Sisters Brothers and then had a discussion on debt and family relationships.

Lau said the group, which began in the summer, was needed because there were many programs for women and families, but not enough for men to support each other.

Ali Ladal, an engineer who came to Canada as a permanent resident from India twenty years ago attended the meeting, praising the initiative of men’s groups like Man-Up.

“Key social issues like children education and family peace must thoroughly be supported by men and fathers,” said Ladal.

“There are many families deeply indebted in this country because parents are lackadaisical with children.”

Magic mushrooms may be used for mending the mind