Magic mushrooms may be used for mending the mind

DISCLAIMER:
The Voice does not promote the unsupervised use of psychedelic mushrooms. Some may be poisonous, while lethal and non-lethal species can look very similar. If you are looking into using psychedelic mushrooms for medicinal purposes, please seek a professional agency.

Psychedelic mushrooms are making headlines this year, and research shows their properties may help alleviate anxiety, depression and addiction.

Sam Reeve, president of Vancouver Mycological Society, said magic mushroom research looks promising, though more studies will be necessary to confirm its effectiveness on a variety of people.

“It’s just going to be one more thing in the tool box for fighting areas of mental illness,” Reeve said.

The Vancouver Mycological Society, is a community of researchers and enthusiasts who are passionate about fungi, including mushrooms, their biochemical properties, and their use for traditional and modern medicine.

The society is open to discussing the promising use of magic mushrooms for medicinal purposes, but also emphasizes the risks of taking a hallucinogen.

Although she is pro-legalization, Reeve said it’s important to use caution.

“It will be good that it’s a bit regulated,” she said. “We don’t want people selling things that are grown in unsafe conditions.”

One of the speakers at the show was Paul Kroeger, a founder of the VMS and prominent B.C. mycologist, who gave a talk on psilocybin, the chemical compound in magic mushrooms.

Kroeger senses society shifting in favour of legalizing psychedelic mushrooms and exploring their medicinal potential. He sees potential in recent studies: “For serious treatment of Post Traumatic Stress Disorder, for coming to terms with end of life issues, I think there’s great validity.”

Studies done across the border

The Johns Hopkins Center for Psychedelic & Consciousness Research in Baltimore, United States, have published 64 peer-reviewed studies over the past 13 years on psilocybin and their effects on humans.

In one such study from 2016, titled Long-term Follow-up of Psilocybin-facilitated Smoking Cessation, researchers found that psilocybin, when administered in a structured treatment plan, effectively helped the majority of participants to curb their addiction.

After a year, 67 per cent of the participants had not resumed smoking. The researchers concluded psilocybin was more effective for smoking cessation than other medications and therapeutic methods.

In September, Vancouver city council discussed a proposal to investigate the distribution and sale of psilocybin, according to their meeting minutes.

Thirteen speakers attended to defend the natural psychedelic and the proposal was ultimately rejected. Counsellor Pete Fry said: “I don’t think this motion is helpful at all. I think it imparts far too much stigma and sets us off on a bias that is not helpful to having a fulsome conversation.” 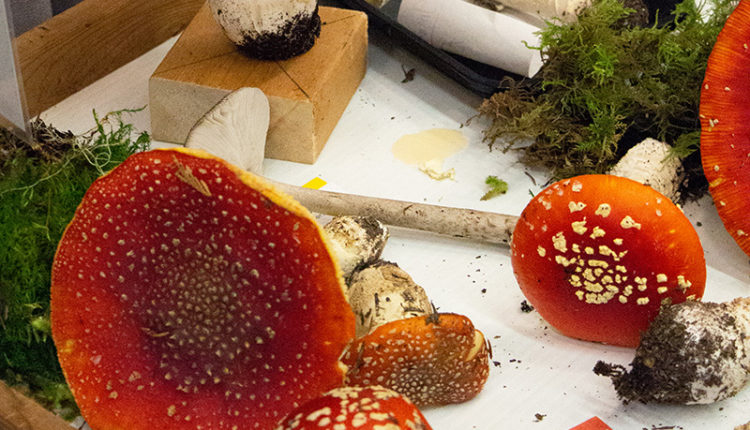 Amanite muscaria (Fly agaric) are laid out on a observational booth at the 40th Annual Fall Mushroom Show at VanDusen Botanical Garden in Vancouver, B.C. 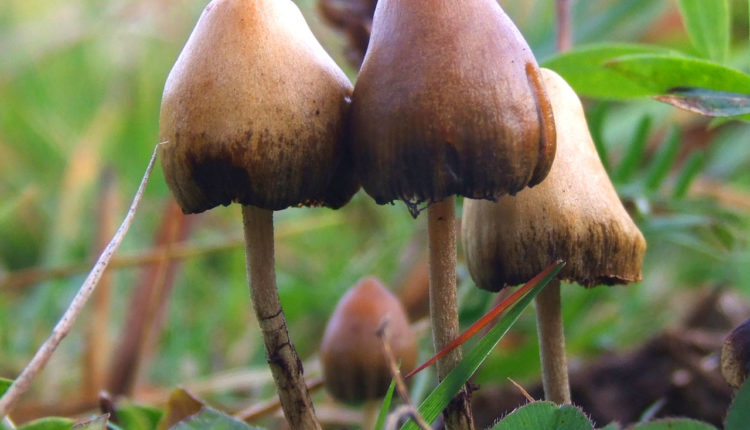 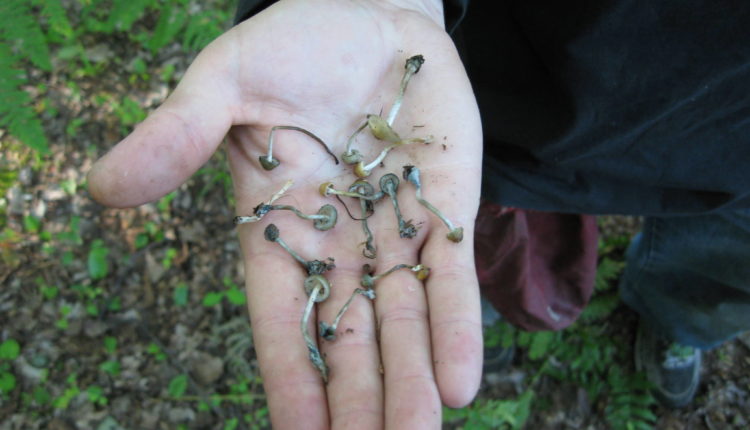 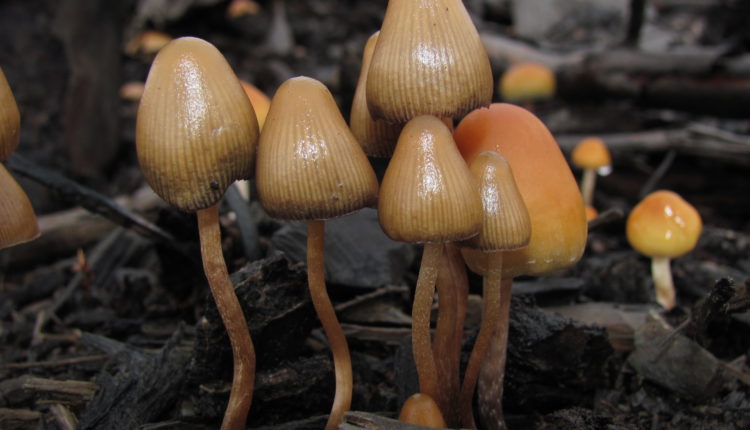 A group of Psilocybe pelliculosa sprouting on a forest floor. CREDIT: MUSHROOMOBSERVER.ORG 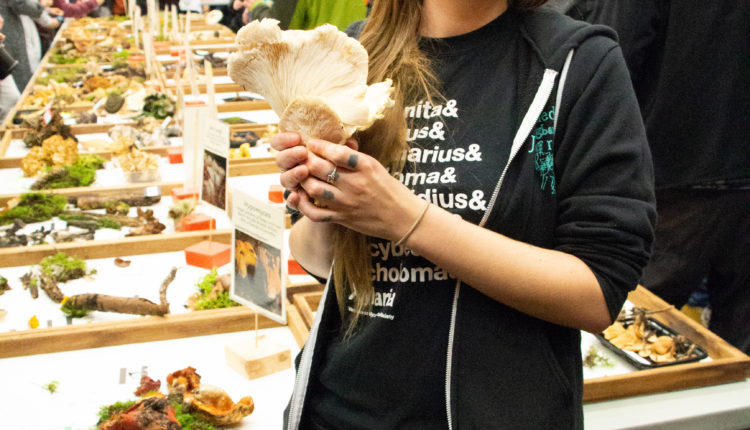 VMS president Sam Reeve proudly holds up one of dozens of mushroom specimens at the 40th Annual Fall Mushroom Show at VanDusen Botanical Garden in Vancouver, B.C. The specific mushroom she is holding is a Leucopaxillus septentrionalis (giant leucopax).
Prev 1 of 5 Next

Psilocybin is the chemical compound responsible for the hallucinogenic effects of magic mushrooms, and has a powerful effect on the brain.

DrugScience is a U.K.-based drugs advisory committee that reviews scientific evidence related to drugs. Their website says research is still ongoing regarding how psilocybin affects brain chemistry, but scientists understand psilocybin has a similar structure to serotonin. Serotonin is a chemical that has numerous roles in brain and body function. According to DrugScience, “Binding and activation of serotonin receptor sites correlate with the manifestation of psychedelic effects.”

Langara biology instructor Ji Yang said, “when you say magic mushrooms, the first thing that comes to my mind is psilocybe.” Although there are other types of mushrooms with hallucinogenic properties, psilocybe is the most widely known.

According to the Vancouver Mycological Society website, ingesting mushrooms containing psilocybin can take anywhere from 10-30 minutes to take effect after being eaten depending on the dose.

While VMS vice president Mendel Skulski believes the area of research into magic mushrooms’ medicinal properties is valuable, he doesn’t believe everyone should use them. “There are certain mental health issues that are sometimes exacerbated by magic mushrooms,” he said.

“It’s really important to be cautious, and important to go into such experiences with a not insignificant degree of preparation.”