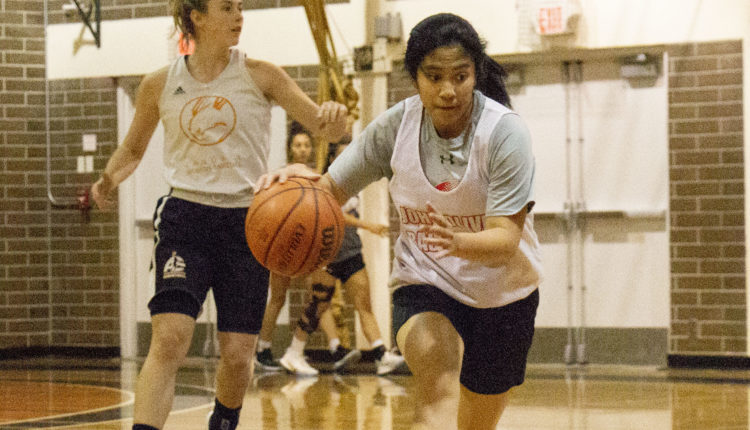 Both the men's and women's teams are hoping to improve

Only one returning female athlete for the Falcons means fans will be seeing many new players this year, while on the men’s side, the returning veterans will lead the team on both ends of the floor.

Heading into the season, which begins Nov. 1, both women’s and men’s basketball are working to improve on last year’s performances. Last season, with a string of injuries and a weak defense, the men lost in the quarterfinal of the Pacific Western Conference. Meanwhile, the women finished in fourth place, and will build on gelling in the hopes to rank higher this year.

“I would expect by late January and February that we’ll be competitive with everyone else in the league,” Eberhardt said. 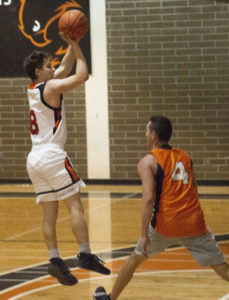 Returning veterans Moeiz Athaya, a third-year student, and Tyler Anderson, in his fourth-year, will provide leadership and keep an eye on younger team members who may need more support.

Last year, the team lost players due to injuries and academic issues which gave redshirt team member Jason Claur a chance to step in and help the team. Now a full-fledged player, Claur will make a big difference on the men’s team according to Anderson.

“Jason will help us out. We were in a tough situation last year and having him as a redshirt to be ready to play made a big difference,” said Anderson.

Steph von Riedemann is the only returning female athlete this year for the women’s basketball team at Langara College, with many of the new players coming from the U.S.

The women’s coach Curtis Nelson praised his team for the extra preparation and work all 12 team members have put in, saying they wouldn’t expect anything less than excellence.

“Work ethic has been the key,” first-year recruit Binny Atwal said. “We tried to adapt the mentality of always doing more and not settling for average.”

Katie Skipworth a native from Lebanon, Oregon, said they have been working very hard this season.

“We’re pretty young. I think we all have the attitude of wanting to be here,” Skipworth said.