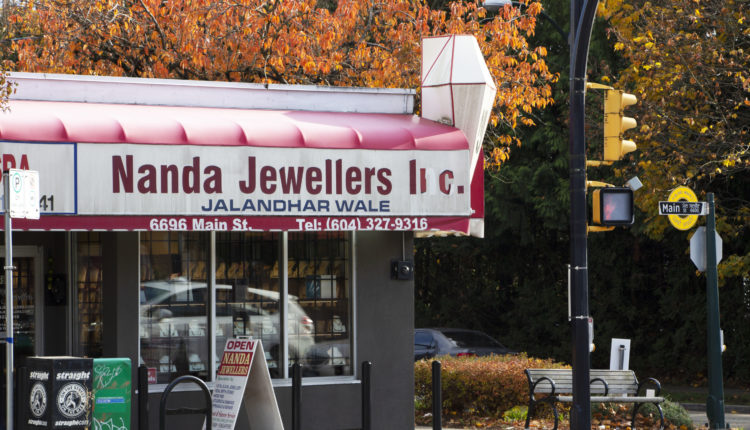 Residents are optimistic about the latest renovation plan for the area

The Punjabi Market area, located on Main Street between 48th and 51st Avenue, has experienced a decline as families and businesses have moved away from the community to areas like Surrey.

Revitalization projects have been attempted over the years, to little or no results. In 2008, former premier Gordon Campbell proposed a $3 million dollar “India Gate” in the likeness of Chinatown’s Millennium Gate for the community ahead of the 2010 Olympics — but the gate never materialized.

In June, the Vancouver City Council  successfully passed a motion proposed by councillor Pete Fry that would require city staff to consult with the local community for public improvements, ahead of the 50th anniversary of the Punjabi Market in May. Three events were held last week, with members of the public pouring in to voice their opinions.

Community members, from local group Punjabi Market Regeneration Collective to shop owners in the area, are saying that they feel hopeful about what the future holds in store for the Punjabi Market.

Video: International students weigh in on Remembrance Day in Canada

Video: Youth’s voice becoming pivotal to the next step in climate action