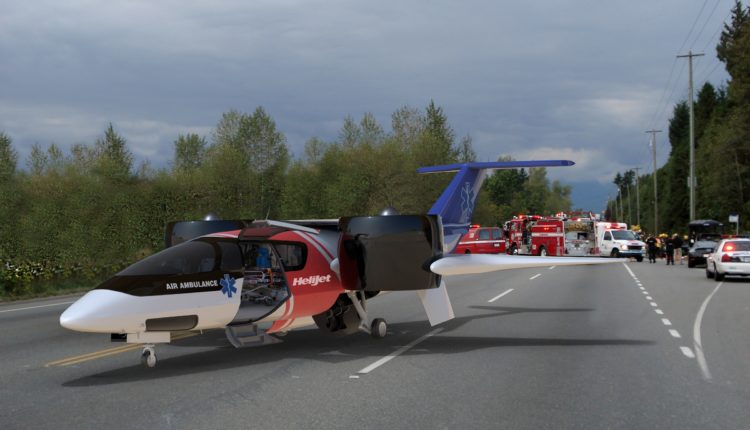 Vancouver can expect a vertical lift out of traffic congestion

Chris Howe wants everyone in Vancouver to have access to an automated aerial vehicle that has similar function to helicopters — by 2035.

Howe, lead operations officer of Canadian Advanced Air Mobility Consortium (CAAM), is an advocate for eVTOL (electric vertical take-off and landing) aircraft, which he hopes will be used towards shuttling passengers and goods across the city.

“It’s important that the first uses of this technology really help people,” Howe said. “We want to demonstrate that this is meant to help everyone, not just for the rich.”

Although the aircraft will be quite expensive for the general public in the early stages, the consortium is hopeful eVTOLs will become an affordable alternative for commuters within two decades.

All advanced air mobility (AAM) vehicles in Canada are mandated to have zero carbon emissions, aligning with the B.C. government’s Zero Emission Vehicles plan by 2040. Unlike most helicopters, eVTOL uses electricity and hydrogen to function, rather than jet fuel, meaning less air pollution in the city.

The consortium said Vancouver is on track to become one of the earliest adopters of advanced air mobility in North America. The metropolis is becoming more congested with an influx of people moving to the area.

According to a 2017 Metro Vancouver projection for regional growth, the population of the City of Vancouver is expected to rise to 821,680 by 2041, from 700,283 in 2021. The growth of the city has led to higher traffic volumes, longer travelling times, and an increase in carbon emissions.

“Unlike many large cities, Vancouver has no freeways into or through the downtown area. Hemmed in by water and mountains, the area is completely built-out with few opportunities for new roads,” read a 2020 report by the air mobility consortium.

The priority market for the uses of eVTOL will go to medical emergency sector as it is quicker than ambulances.
Second in line will be search and rescue, carrying crews into challenging places.

Eventually, eVTOL will be used not only to ferry passengers, but also for carrying large-scale cargo deliveries to remote regions across Canada, especially in areas with poor food security. Howe said, eVTOL might be used for personal air taxis transporting people from one location to another within a city.

“Personal taxis are somewhat useful and save time,” Howe said. “But it’s more important that this technology helps everyone and save lives and really make impacts on society.”

As Canada aims to become carbon neutral by 2050, Transport Canada says research and development for electrically driven aircraft is rapidly gaining traction, particularly in the eVTOL market. However, the ministry has yet to develop regulatory standards for such aircraft.

“The aircraft certification framework under the Canadian Aviation Regulations does allow, however, [Transport Canada] to certify new and emerging technologies for which standards do not exist or are still under development,” said a Transport Canada spokesperson via email.

“This is done by developing Special Conditions – Airworthiness to bridge the gap and address where the standards have not kept up with the pace of technology.”

Once the federal government systems and regulations are established, the consortium will conduct a demonstration flight from Vancouver General Hospital to Royal Jubilee Hospital in Victoria, B.C.

Meanwhile, it will conduct route testing with drones around the Vancouver Island region.