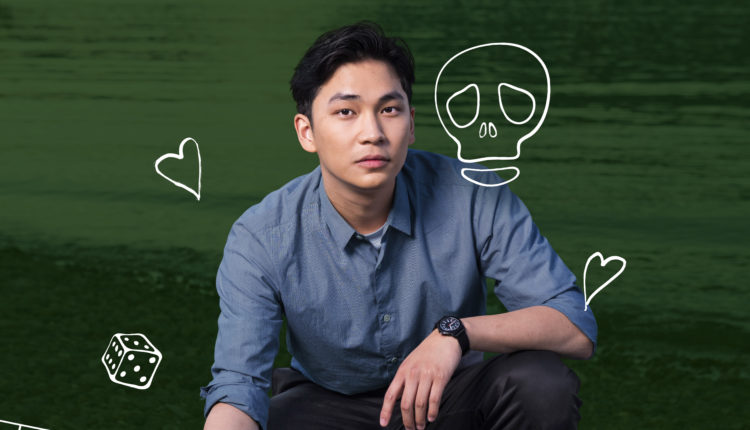 Audiences can look forward to a colourful play, focusing on set design, costumes and the message of the story

This story is an update that provides more detail about the set design with interviews from the cast and production staff.

Studio 58 is promising a captivating set design for its newest production, Everybody.

The cast and crew say they are excited to work in a transformed space and say the audience will be surprised to see the theatre.

The play, which runs from Nov. 25 to Dec. 3, will feature uniquely sourced props and costumes to go along with the set design.

Ben Brown, costume crew member and second year student, said the set design will set the tone for the show.

“You’re going to be waiting in sort of exciting anticipation for the show to start once you see what the set is looking like,” he said.

“The design is really strong and captivating, so it’s really exciting to bring those images to life,” said Kahlila Ball, second year student and crew head of the props crew.

The prop team of seven is working with set designer Emerenne Saefkow.

“One thing that we’re going to be doing a lot by hand is paper flowers, and that has a special technique that Emerenne has worked on,” said Ball.

The play was written by Branden Jacobs-Jenkins and is a witty take on the 15th Century morality play, Everyman. Jacobs-Jenkins was nominated as a Pulitzer Prize finalist in 2018 for Everybody.

Yen said that the audience will resonate with the play because of the losses people experienced through COVID.

“It touches on these really big, profound questions about what it is to be alive and how do we as human beings navigate that,” said Tristen Foy, actor and third year student at Studio 58.

Foy spent 2020 at his home in Manitoba to be with his family through the pandemic.

“Being able to get back into the theatre, and be able to perform a show, in front of actual human beings in the same room is really emotional,” Foy said.

Kim Collier, a Studio 58 alumna of 1994, is directing the production.

Yen praised Collier and the experience of getting to work alongside her.

“Every time she comes into rehearsal, she brings a very fresh perspective into how she sees this play,” said Yen.

The show has a cast of 27 actors, making it one of the largest casts Studio 58 has had in recent years.

“It presented an opportunity to actually create a chorus,” said Foy, who is one of the nine chorus actors.

Costume designer Donnie Tejani, who is working at Studio 58 for the first time, said the audience can anticipate surprises from the show.

“I think you can expect a lot of new experiences from this play. It’s such a wild script,” he said.

Tejani said,adding the costumes reflect the existentialist theme of the play.

“There’s a lot of stuff here that is really above and beyond. Some really crazy costumes and unique ways of costuming that you probably aren’t used to seeing on stage,” said Brown.

Here is an interview with a person on the costume department: