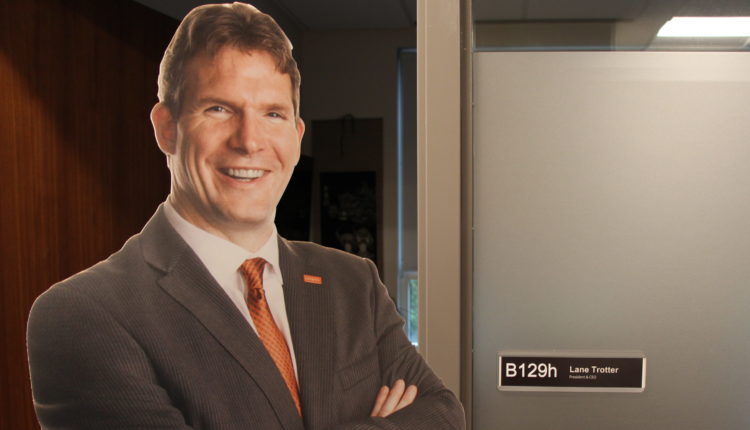 With the departure of Langara College president and CEO Lane Trotter, the search to replace him is heating up.

Trotter announced his departure in July, after nearly eight years at Langara. He will be moving to Camosun College in Victoria to be closer to his family.

During his time at Langara, Trotter has overseen the development of two academic and two strategic plans. Under his leadership, the college worked on internationalization and enhancing programs and services for Indigenous students. During his presidency, the Musqueam Nation gave Langara the name snəw̓eyəɬ leləm̓, which translates to “house of teachings.”

Trotter said he believes his successor’s biggest challenge will be overseeing the new normal in the college’s operations since the COVID-19 pandemic began.

“There will be differences in how society, including post-secondary institutions, operates,” Trotter said. “What this looks like is still to be determined.”

Trotter’s advice for his successor is to take the time to learn the culture and meet the people of Langara before making any assumptions.

“This is critical if you are going to be successful,” said Trotter, adding that he hopes his replacement will be a good communicator.

Students and administration members have their say

Brian Martinez, a second-year theatre student at Langara, said he wants the incoming president to get to know the students and their needs.

“An ex-student would be awesome,” said Martinez, who thinks the president should understand the busy schedule students have and the breaks students need.

“Ideally [they’d be] an outsider who will run it as a place to educate rather than to make money,” Schoenenberger said.

Some college administration members also want a president who interacts with the college community.

“And by that I mean being seen, interacting and getting involved with what’s happening around the campus with different groups and getting away from time spent with the senior leadership team,” she said.

Gianacopoulos has been at Langara since 2009, and during that time, she said she’s noticed a pattern of Langara presidents failing to interact with people across the college.

“Talk to some people around you,” she said. “That makes a huge difference with people, because then they begin to feel that there’s a connection.”

Darren Bernaerdt, acting dean of arts at Langara, wants a president who connects with the external community.

“People want to be involved. They want to be heard,” he said. “And I think, like a lot of areas of society … people want transparency.”

Bernaerdt is also looking for Langara’s next president to prioritize Langara’s commitment to the recommendations from the Truth and Reconciliation Commission.

“We have been challenged to respond [to the] calls to action. I think we need to deliver on those actions,” he said.

Trotter’s last day as president will be Friday. The search committee is currently interviewing candidates to fill the position. Vice-president external Yusuf Varachia will be taking on the role as acting president in the interim.

The search will end with the selection of Langara’s next president in December. The presidential search committee is composed of Langara staff, a student representative and ministry-appointed members.

“I just wish the students and employees all the best,” Trotter said.

Watch the video below to hear Marianne Gianacopoulos speak about what she wants to see in Langara College’s new president: