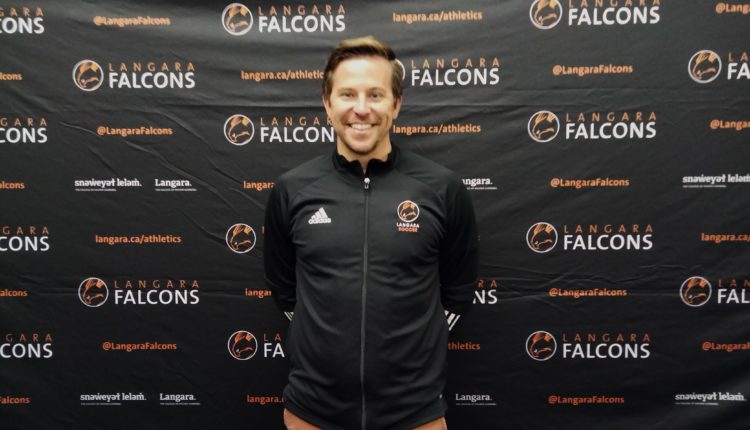 This story has been updated to provide interviews with the kinesiology department and their involvement with the Langara women’s soccer team.

After a disappointing season, the Langara women’s soccer team say they are benefitting from an assistant coach who teaches in the kinesiology department.

The team was eliminated from the PACWEST finals in October with zero wins, eight losses and one tie. Dr. Andrew Perrotta views his role as assistant coach caring for the health and wellbeing of the team’s players as the key to their future success in the PACWEST league. Perrotta and the rest of the department test the team regularly.

“I’m leading, assessing, and taking care of all the physical testing, the physical preparation, trying to quantify all that exercise stress that the girls are experiencing using the equipment of the [kinesiology] department,” Perrotta said.

Kayla Seaborn, a second-year kinesiology student and defender on the team, was injured last season but was able to rehabilitate quickly and safely because of the close supervision provided by her assistant coach.

“I’ve gone through like, a couple injuries this season. And he’s definitely helped me with recovery along with like, prevention of [further injuries],” Seaborn said.

She said building muscle was one of her biggest goals, and that Perrotta “really help[ed] us work through everything, make sure like, we’re always healthy whenever possible.”

Perrotta, who previously taught at UBC, said that the cooperation with the team was only possible because of the leadership in the kinesiology department. All the tools and equipment the team used on a daily basis is provided by the department.

The close relationship between the team and the kinesiology department has led to off-the-field success for Seaborn and the other students in kinesiology. Perrotta said the students have used the data they received from testing the women’s soccer team to present at a national conference last month.

“They’ve been able to go and showcase off their ability to give research, as well. Because what happened is our students here in kinesiology, when they work with a team, they take that data, but then they go present [their findings] at national and international conferences, which is huge because they get [featured in] publications,” said Perrotta.

Hope despite the losses

Mark Eckerle, the team’s new head coach, recognized the Falcons’ lack of success in the recently completed season while praising the team’s cohesion.

“Regardless of on-the-field results, we’re very happy that … the players feel cared for, the staff feels cared for, and [that] we do trust each other,” Eckerle said.

Seaborn said she trusts the coaching staff to help the team improve for next season. Having grown up in Richmond, her decision to join the Falcons was about staying local.

Eckerle also noted the difficult opposing teams that the Falcons have had to play against.

“The PACWEST league is actually very difficult. We will play against … nationally ranked teams every week,” he said.

Watch the video below to hear Mark Eckerle speak about students’ role on the soccer team: