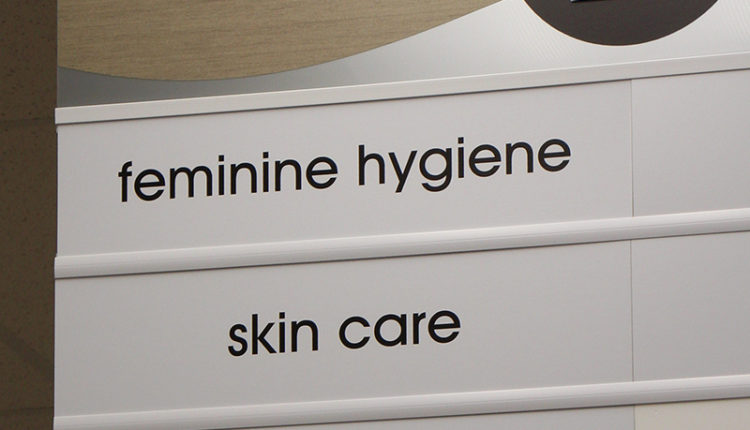 An sign directing customers to the feminine hygiene section of a Vancouver pharmacy. Photo by Taesa Hodel

Despite gains made by feminists in the 60s and 70s, women's health needs are still sidelined

Women wouldn’t have the health resources they do today if it weren’t for the past activism of young women in Canadian colleges and universities across the country says the author of a new book.

Lorraine Greaves was in Vancouver on Nov. 13 to promote her new book Personal and Political, which tells stories from the second wave women’s health movement of the late 60’s and early 70’s.

“One of the things to come out of Vancouver was the Abortion Caravan,” Greaves said.

Initiatives like the caravan, which started on SFU’s campus, pressured the federal government to decriminalize birth control and abortion. Women who didn’t have access to services created their own: from birthing centres, to sexual assault centres. Some of these organizations — like the Vancouver Women’s Health Collective — are still operating in Vancouver today.

None of these organizations were featured at Langara College’s Health and Wellness fair on Nov. 14.

Nancy Polla,k women’s studies coordinator at Langara, said that our society still treats the female body as troublesome. She attributes the widespread neglect of women’s health issues to sexism within the system.

“Women in the west are often raised to be very alienated from their bodies and critical of their bodies,” Pollak said. “That creates a huge health challenge.”

The activism that started in college campuses in the 1960’s pushed Canada to look at public healthcare as a social issue, she said.

But there is still more to be done, says public health nurse Doris Fraczek, who works with at-risk young mothers.

Greaves says she still sees college and university-based activism as a way to drive change and she encourages women to be as brave as those before them and to fight for what they need.