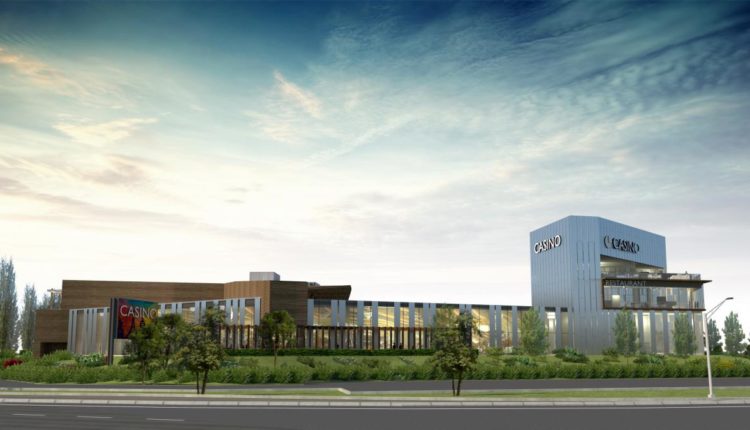 The design of the casino set to open in 2020. Submitted photo.

The Gateway casino has now gotten the final approval from the BCLC and construction is to start in the beginning of 2019.

Delta city council’s approval of the municipality’s first casino remains a divisive topic with some residents saying it doesn’t fit with the community’s ideals.

On Nov. 13, Gateway Casinos received approval from the British Columbia Lottery Commission to build a $70-million casino and hotel facility. Delta council had approved the project in May 2018 and a nod from the commission was the only thing the project needed before construction could start. The 124-room hotel and casino will be built near the George Massey Tunnel on Highway 17A.

Delta residents have been divided on the project since 2016, when the lottery commission submitted an expression of interest to Delta to replace a Surrey casino by adding one in Delta.

“Pretty much everyone is opposed to it. They just feel like it’s not the right kind of development that Delta should be looking at,” said Evelyn Funk, who is part of a current-events club where members have debated the casino proposal. “People in Tsawwassen or Delta feel that this decision was made to go ahead with the casino long before the public hearings ever started.”

Funk also said that throughout the public hearings she attended, many residents of Delta presented the council with arguments against the casino.

Focus is on the hotel for councillor

But previous Delta mayor turned councillor Lois Jackson is more focused on the hotel aspect of the project.

“I really felt, when we first saw this, that the hotel was something we really needed for Delta. We have between 102,000 and 106,000 people and we have one hotel in Tsawwassen. There’s nothing north Delta unless you go to Guildford,” Jackson said.

Jackson said Delta was not the only driver behind the project.

“The final decision was not ours,” Jackson said. “It was up to the province and it’s going to be going ahead fairly soon.”

The casino has also faced criticism from neighbouring cities. Richmond Mayor Malcolm Brodie said that his council remains opposed to the casino.

Construction of the casino will begin in early 2019 and is expected to open in mid-2020.