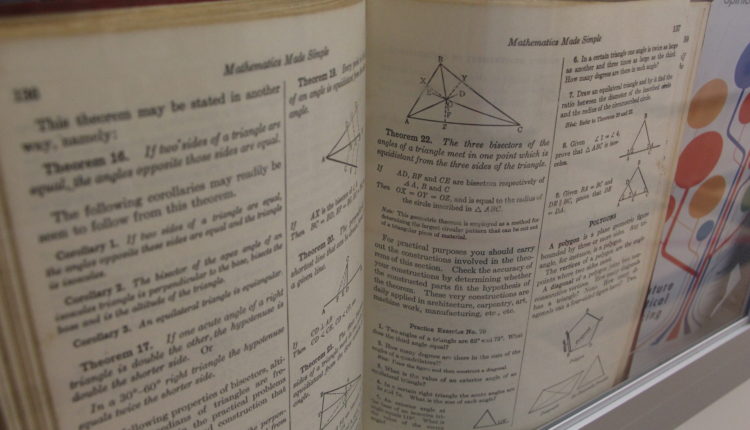 A mathematics book seen behind a display case in B Building. Photo: Alaina Saint Amour

Effort to ease congestion during spring registration has left some frustrated

This story has been updated to include student and instructor viewpoints on Rate My Professors.

A plan by the Langara mathematics and statistics department not to list instructors during registration has upset some students.

During registration for spring 2022, more instructors than usual are listed as TBA, or “to be announced,” for some multi-section math courses.

Jesse Rose, a student in the computer science program, has taken many math classes. He said the change frustrates him. He said students may be compelled to take classes with teachers they don’t prefer.

“I feel like they finally realized that they can’t force students to take courses from these teachers that nobody likes,” Rose said. “So this is their way of dealing with that.”

A problem to solve

Listing some instructors as TBA during registration is normal due to scheduling conflicts, but the number of unlisted math instructors is higher than in past years.

Melisa Lavallee, mathematics and statistics student adviser, said the change is being made to see if it eases congestion as students queue up for certain classes, leaving others with empty seats.

“We are finding an uneven distribution in our class lists where some classes are full with full waitlists while others still have seats available. We are going to see if the TBA helps alleviate this or if it’s more time dependent rather than instructor dependent,” Lavallee said in an email statement to The Voice.

Department of mathematics and statistics chair Eugene Li said he is waiting until the end of November, well into registration, to post the instructors’ names. He said that the change in registration policy may mirror the job industry after school.

“College and university life should [be] a little bit [of] a reflection of the real world, right,” said Li.  “You cannot always have the same boss.”

A common way students choose instructors is through websites like Rate My Professors, which lets students anonymously review and comment on past instructors who have taught them.

Sepideh Zaeri, a bioinformatics student, said it’s very common for students to rely on the reviews before registering for classes.

“I can assure you 99 per cent of students use [Rate My Professors],” said Zaeri, based on conversations she’d had with her peers.

Rate My Professors won’t come in handy for Zaeri’s spring classes. She said all of her math courses are listed as TBA.

Maja Grubisic, a Langara math instructor, said reviews on Rate My Professors are biased by nature.

She said ratings are influenced by voluntary response sampling, which is when someone chooses to respond because they have a strong opinion on the subject.

“It’s usually going to be students who had a really good experience and those who haven’t. So it’s the two extremes, usually, that kind of tend to post opinions,” said Grubisic.

But Grubisic said she understands why students use it, because it’s one of the only tools they have when choosing instructors.

“That is sort of the only avenue that they can go down to at least give them some sense of what they might expect , which is fair,” Grubisic said.

For Rose, he said selecting an instructor is one of the few choices students can make about their courses.

“Knowing that I have to take this class, and I have to take it this semester with a certain instructor or with who-knows which instructor, it feels like that takes power away from me in the choice that I do have,” said Rose.

For now, the registration change is a trial run. Li said he wants to see if it alleviates any issues and will follow the format again depending on how it goes.

Watch the video below to hear what department chair Eugene Li thinks about teacher review websites:

Langara’s bachelor of business gets an upgrade