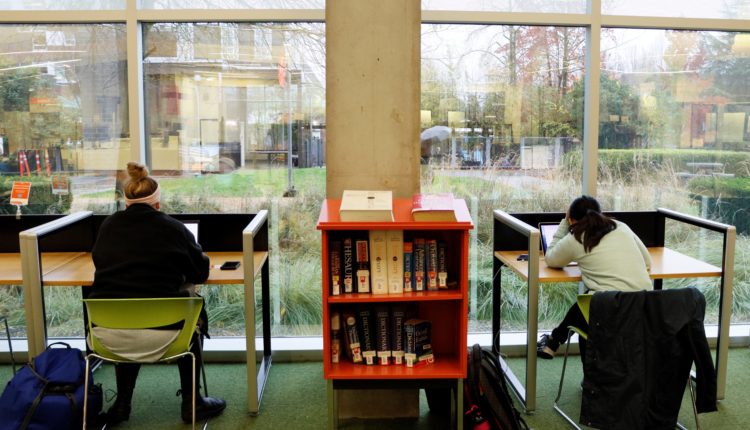 This story has been updated to include quotes from Bryan Breguet and Kevin Koonar.

Langara College students have been voicing concerns in online chat rooms regarding a marking strategy used by some instructors known as “grade scaling.” Langara teachers say that it is not often used.

Taking to the online chat platform Discord, several students over the past month have been expressing fear that their chances of getting into other post-secondary programs might be damaged if their grades are changed because the class average is too high.

Grade scaling, also known as “grading on a curve,” is sometimes used by instructors when the overall average grade belonging to a class is extremely high or extremely low. For example, if the class average is 90 per cent, an instructor might lower the average to be equivalent to 70 per cent instead.

“I disagree with it,” said Brian Lesmana, a business administration student at Langara. “The main reason there’s curve grading is for teachers to know if the exam was too easy or not. I think the teacher should know their exams quite well and how difficult it is for the students.”

Some Langara instructors state it is not a widely practiced system at the college.

“I haven’t seen the rationale to standardize my averages and distribution,” Breguet said.

According to instructors, pressure at larger academic institutions to produce successful students and fill classes has pushed some to curve grading. At Langara, teachers claim to not be pressured to boost their students’ marks.

“I’ve never been pressured into any passing rate or anything,” Breguet said. “But I had a colleague who was teaching at SFU [and] they were literally given a spreadsheet with their scaling. So, you enter the actual grade and the spreadsheet does all the calculations for you to get the perfect normal distribution, no matter what your original distribution is.”

“As you get more experienced, you get a better feel for what the students are unable to do,” he said. “And also [if] you’ve done a good job at preparing them to answer those questions for the exams.”

Although many instructors use it to the benefit of students, it is still widely disputed in the academic world.

According to Through Education, an online resource for educators, “Used correctly, curving can benefit students and ensure that all students receive the same standardized scores. Incorrectly, [used] however, and there will be a sense of increased competitiveness among students (even to the point of some students sabotaging other students just to get ahead) and unfairness.”

Watch the video below for more information on grade scaling: