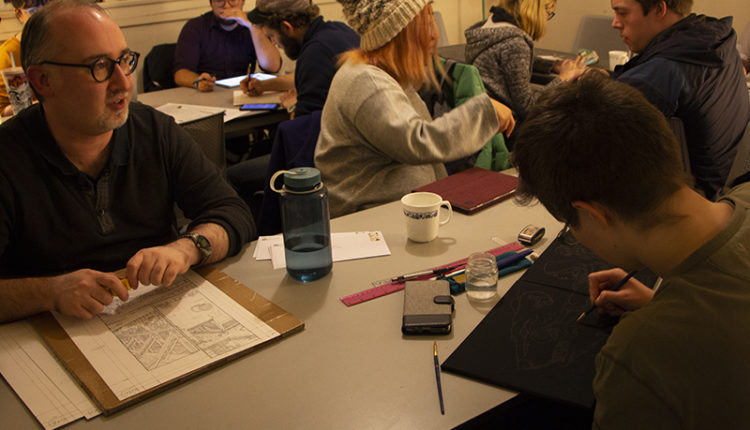 Comic book and graphic novel sales fell 6.5 per cent in 2017 from a 2016 high of $1.015 billion. Graphic novels brought in $570 million while comic books brought in about $350 million, according to TechCrunch, an online publisher focused on the tech industry.

Jeffery Ellis founded Cloudscape Comics Society in 2007 because he always liked comics and wanted to find other comic lovers who were writers and artists.

From the early days when the group of comic writers and artists created their first anthology of comics, Cloudscape started publishing their comic books finances through crowdfunding.

Cloudscape Comics Society has published 10 anthologies, or collections, of comics from local artists since its inception, alongside many other comic books. And more recently, it has published 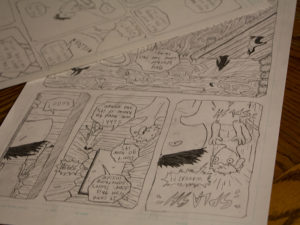 Their latest comic book, titled Life Finds a Way, an anthology about stories where people find hope in a post-apocalyptic world, was published by the means of crowdfunding.

Two of their members pitched the story idea which Cloudscape then approved.

“We helped them launch the crowdfunding via Kickstarter. We have the shipping account, we have the relationship with the printers, [and] the infrastructure that they can take advantage of to facilitate the project coming together,” Ellis said.

Daisy Mak was new to Vancouver. She always loved drawing comics and wanted a way to socialize and meet other people who loved making comics. She googled and went to a comic meet-up where she met Ellis who encouraged her to try a weekly meeting at Cloudscape.

“[I] really liked it, so I just kept coming back,” Mak said.

Cloudscape hosts meetings every Wednesday, where comic artists and writers can work on their comics, get feedback, socialize and find encouragement.

“Coming here was a way of being okay with ‘here’s a space where I can just focus on it and get it done’,” Mak said.

“[Comics are] fulfilling literature and art in a way that no other medium is,” said Oliver McTavish-Wisden, Treasurer of Cloudscape.

“We want to continue to be an organization that offers a [publishing] platform for people that maybe couldn’t find a platform,” Ellis said.

The challenges of golfing during the fall