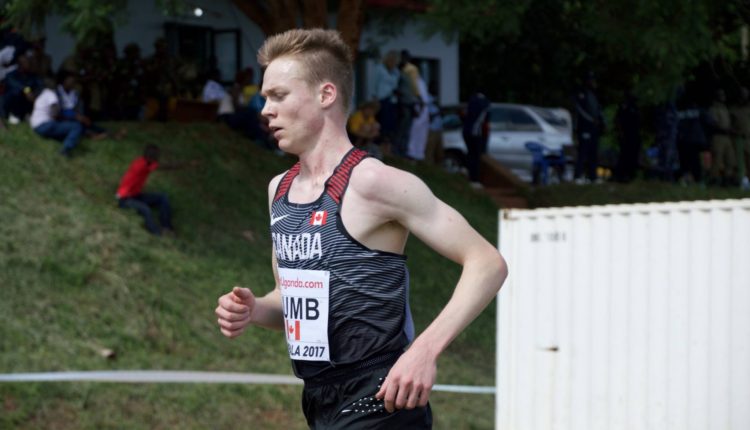 Just a year ago Kieran Lumb had no idea he was going to be competing in the IAAF World Cross Country Championships in Kampala, Uganda.

On March 26, Lumb placed 14th with Team Canada in the under-20 men’s division. This caps off a meteoric rise in the young UBC student’s running career.

“It’s a big milestone to me, in the sense it’s one of my first big world championship race and second international race,” Lumb said. “It’s the biggest race I’ve ever raced in.”

Along with placing 14th in the team division, 18-year-old Lumb, who is a freshman at UBC, was the top runner from Team Canada finishing the eight-km course in 26:21, placing 54th.

“I was pretty happy with [placing 54th],” Lumb said. “That’s pretty much the best race I could’ve run with the pace I ran.”

Lumb’s coach Chris Johnson said he was very pleased with his performance at the championship.

“I was only surprised at how quickly it happened, not that it did happen,” Johnson said. “I thought it might take a little longer to reach the accomplishment he’s reached, so that speaks to his talent.”

To get used to the humidity and heat in Uganda, Lumb had to do heat acclimatization training at the Lululemon headquarters on Cornwall Ave. His training consisted of having to run on a treadmill inside a sauna twice a week.

Since the top cross country runners come from East African countries, Lumb said it was intimidating to run in the same race with some of the best runners in the world.

Len Cating, media spokesperson for UBC’s department of athletics and recreation, said he was surprised at how quickly Lumb has risen to success.

“We’re very excited that he’s going to be running for UBC for the next four to five years,” Cating said.

Besides being a cross country runner, Lumb is also working towards getting a degree in engineering.

Coming from an athletic family, Lumb was introduced to skiing at the age of five and up until this year his main sport was cross country skiing.

According to Johnson, what’s next for Lumb is to try to qualify for the National Association of Intercollegiate Athletics Outdoor Track & Field National Championship in May. Right now, recovering from the world championship is the main concern.