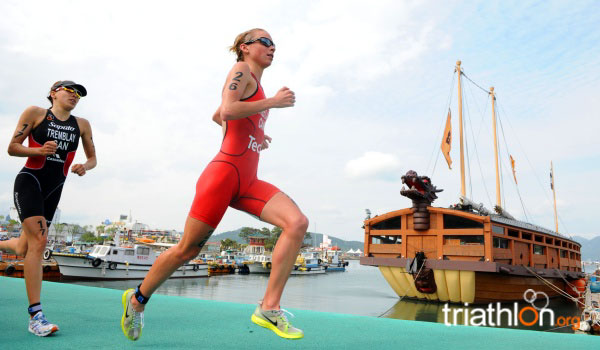 A former triathlete battling Lyme disease is one of the speakers at FEAT Canada, an evening of speeches for adventure seekers.

Kirsten Sweetland, an Olympic triathlete whose career began when she was seven years old and Greg Foweraker, a well-known mountain climber, are two of the nine accomplished speakers who will share their journeys pursuing their dreams on March 30. They will speak at FEAT Canada, which stands for Fascinating Expedition & Adventure Talks.

Over Sweetland’s twenty-year career as a triathlete she has faced several setbacks, most recently, a diagnosis of Lyme disease resulting in her retirement from triathlon competitions. Sweetland said she remains positive and focuses on what she can still do, such as mountain biking, instead of what she no longer can.

“One of the things I am trying to drive home is that things like this don’t have to be a sentence, and maybe I can inspire people to take things in stride, and help consider how to take a setback,” Sweetland said.

Foweraker finds inspiration from the way new generations build upon what past generations have, to rework it to something better. Foweraker has climbed all over the world and is celebrated for several first ascents. He will speak at FEAT in the hopes of passing on his knowledge to inspire the next generation’s imagination.

“Climbing is a metaphor for a creative endeavour and I have always liked how one generation imagines something and then ten years later the next generation comes and ups the game,” Foweraker said.

Sean Verret, founder of FEAT Canada, started the series to inspire the audience to challenge themselves and learn from regular people that have done amazing things in their lifetimes.

“It gets people off the couch and gets them out experiencing some amazing talks, for the speakers it helps them with storytelling, sometimes with our digital worlds we don’t get out and tell stories anymore,” Verret said. “It’s a slightly different type of event and it’s dynamic.”