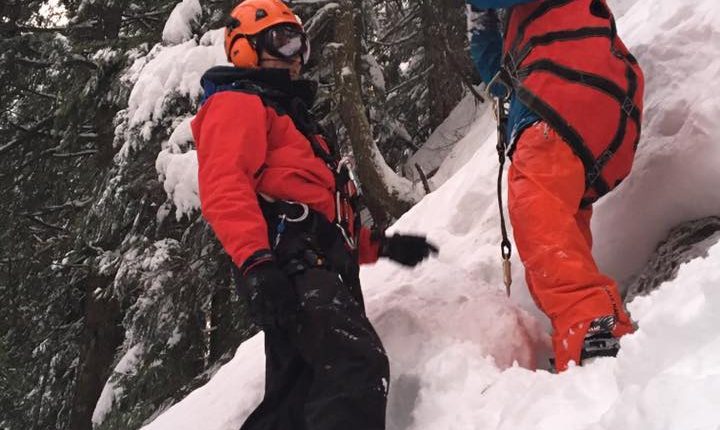 Despite the increase in popularity of backcountry sports, injuries are not increasing

The snowy conditions caught many Vancouverites by surprise, but backcountry skiers and snowboarders were well-equipped for this season’s weather.

Although this winter brought unusual amounts of snowfall, accidents and injuries on the backcountry of local mountains did not see an uptick. Despite Canadian snowboard star Mark McMorris’ severe accident in Whistler on Saturday, backcountry incidents are falling even as the popularity of these activities rises.

Mike Danks, team leader at North Shore Rescue, said they did not recieve as many emergency calls as they expected with this season’s snowfall. He attributes the low rate of incidents to the preparedness of Vancouver’s backcountry skiers and snowboarders.

Number of rescues and fatalities are low despite extreme winter weather

North Shore Rescue received 11 calls involving skiers and snowboarders this winter, of these two were medical calls and one was a buried backcountry skier on Cypress Mountain who suffered multiple injuries. Avalanche Canada, who only track fatalities, recorded one person killed in an avalanche in the Callaghan Valley this season. Two snowshoers who went missing around Cypress Mountain in January have still not been found.

Backcountry activities are increasingly popular, at the same time there has been a slight decrease in fatalities from avalanches according to James Floyer, forecasting program supervisor at Avalanche Canada. Floyer and others in the industry say this is due to increased awareness and preparedness.

“There’s a lot more people out there and fewer accidents,” said Paul Steele, owner of Backcountry Skiing Canada. “Thats a good thing that people are getting educated.”

Cultural shift towards safety consciousness and preparedness on the mountains

In his work with Avalanche Canada, Floyer has seen a culture shift happen over the past 10 years.

“People are more aware, typically, and they typically have access to better equipment and it’s become a cultural norm to go out with that equipment and be prepared,” Floyer said.

Wilson Edgar, president of the BC Mountaineers Club, has advice for anyone considering participating in backcountry skiing and snowboarding.

“We hope that when people go out into the backcountry, they take the appropriate courses and that they carry the appropriate gear to ensure their own safety,” Edgar said.