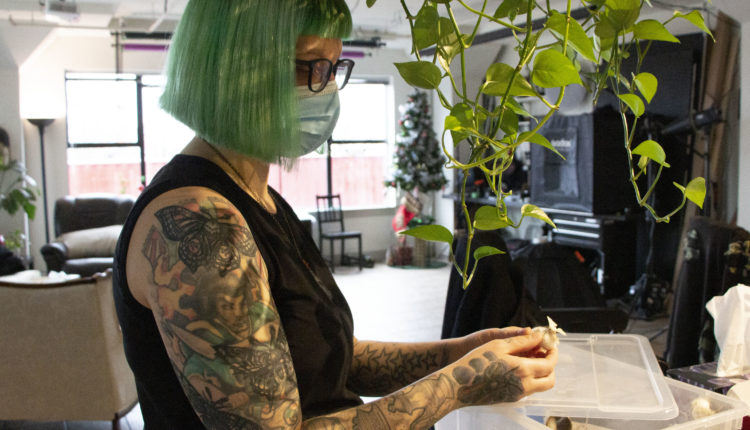 Karen Ashby shows off her silk worm collection in her home studio. Photo: Claire A. Wilson

Taxidermy is seeing a revival in Vancouver’s contemporary art scene with the emergence of a close-knit community of artists who utilize humanely sourced specimens.

According to Rachel Poliquin, cultural historian and writer, taxidermy has shifted from predominantly museum settings to modern artistic and educational spheres.

“It’s being used a lot in contemporary art, for a lot of really relevant issues,” Poliquin said. “Like the relationships between humans and other animals, habitat loss, you know, just all of this range of environmental and ecological and ethical and moral questions.”

Classes are available across Vancouver and online for beginners looking to learn about taxidermy and insect specimens. The artists who run these sessions often source their specimens in ethical ways, contrary to the view that taxidermists acquire them through hunting. These methods often involve using specimens that are already dead, rather than hunting and killing them.

Despite this, local taxidermists are still struggling with the stigma that their art is related to cruel practices.

Women at the forefront

Not only have the uses of the craft shifted, but so too has the community. Young women are now at the forefront of the taxidermy movement, Poliquin said.

“They’re often super attractive young women,” she said. “But I think it’s just such an interesting ideological shift from taxidermy being a fussy old-man job.”

Karen Ashby, who specializes in insect-based art, is among these women. Her company The Paper Nest sells art that highlights the beauty of wasps and their nests. Ashby also holds educational workshops for children at community centres, during which she deconstructs wasp nests and uses them to teach kids about the insects.

Ashby has a background working in pest control which allows her to collect the specimens for her art and education sessions in a humane manner.

“Summer when the wasps are awake, I’m a pest control company,” Ashby said. “Winter when they’re asleep, I’m an artist.”

She said her art is not solely her own, but a collaboration between her and the wasps. 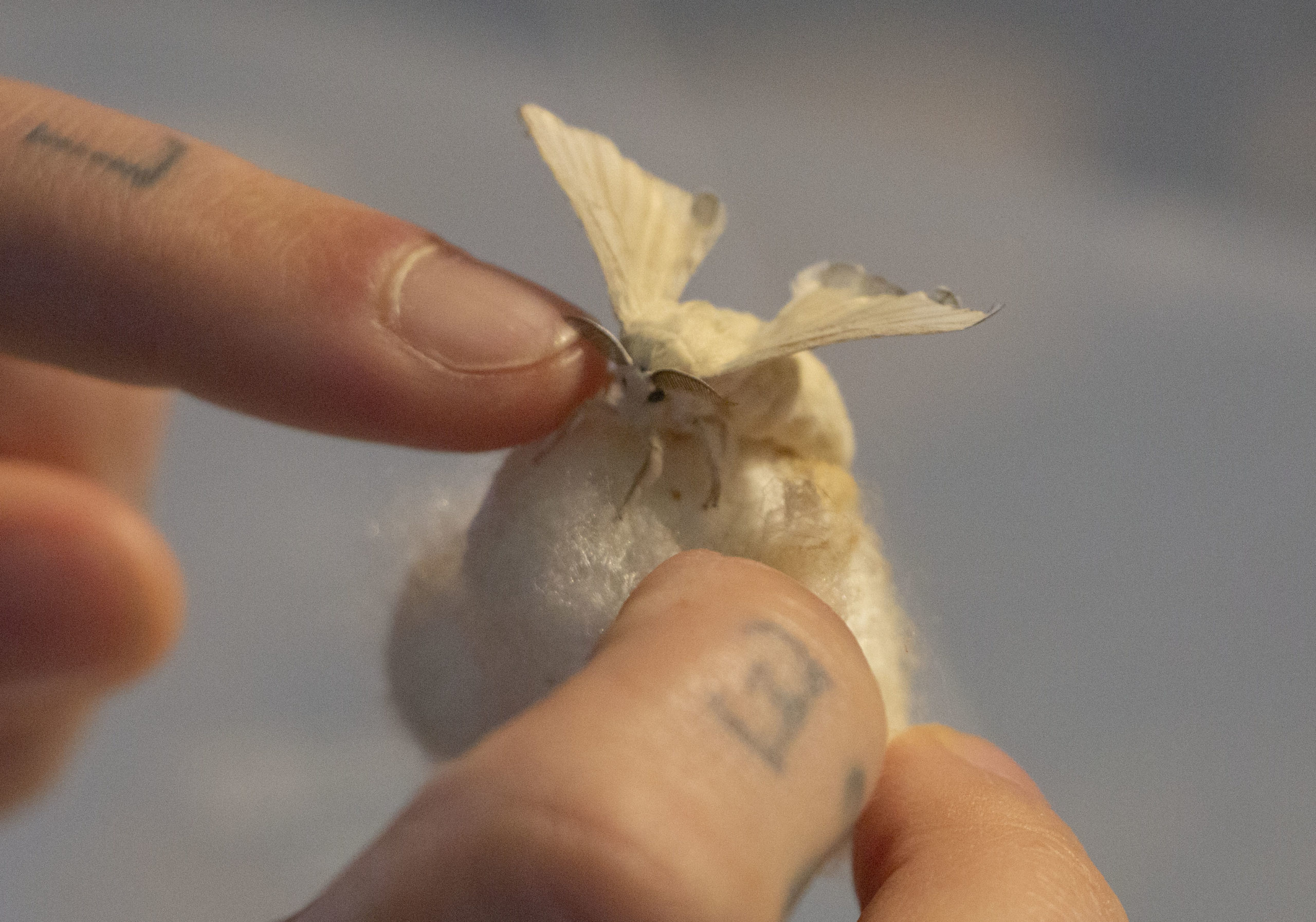 A silk worm, known by the scientific term "Bombycidae," bred and cared for by Karen Ashby in Vancouver, B.C. Photo: Claire A. Wilson 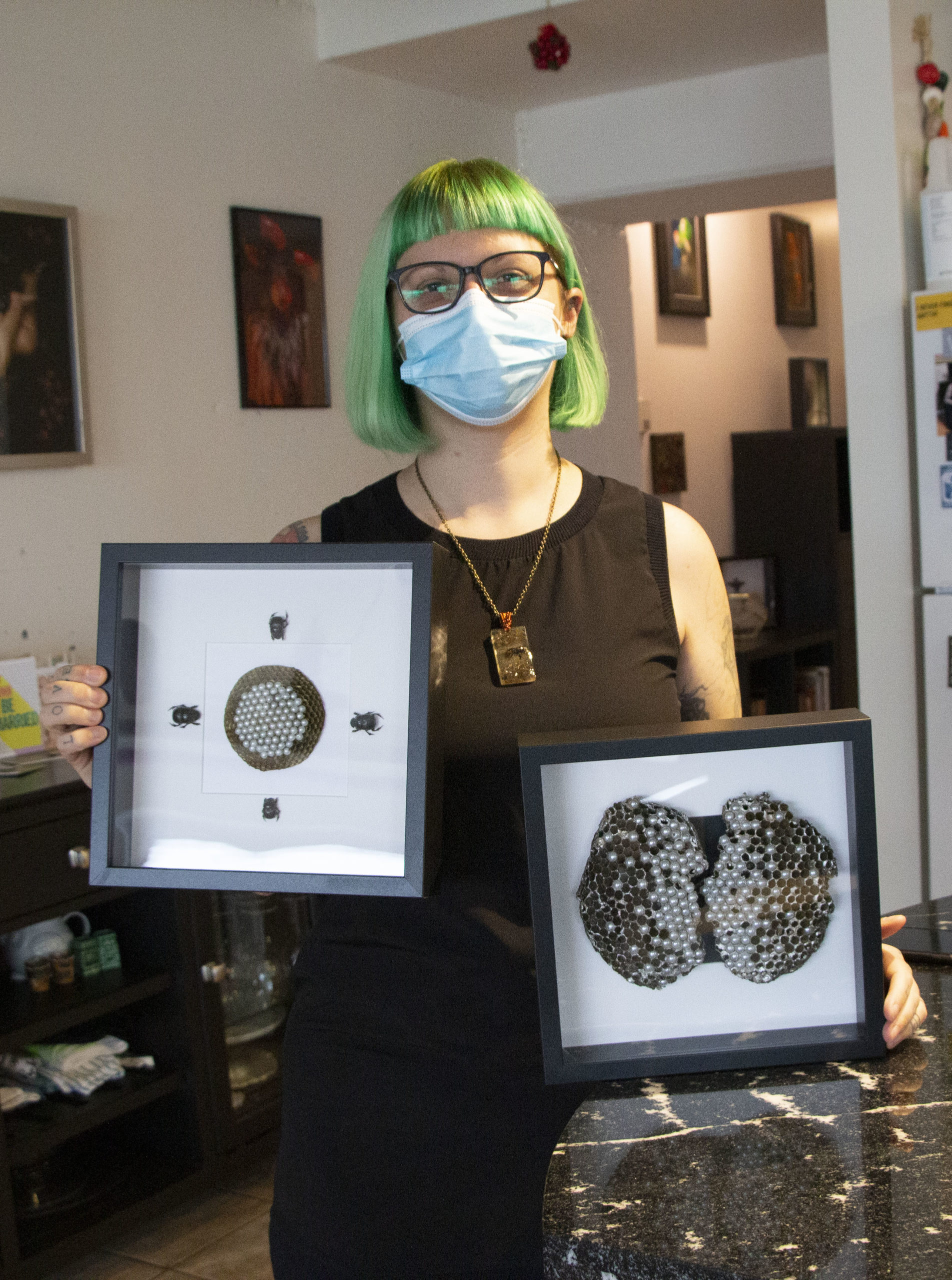 Karen Ashby displays two of her pieces made out of wasp nests. Each bead is placed by hand into grooves of the nest. Ashby works out of her home studio in Vancouver, B.C. Photo: Claire A. Wilson 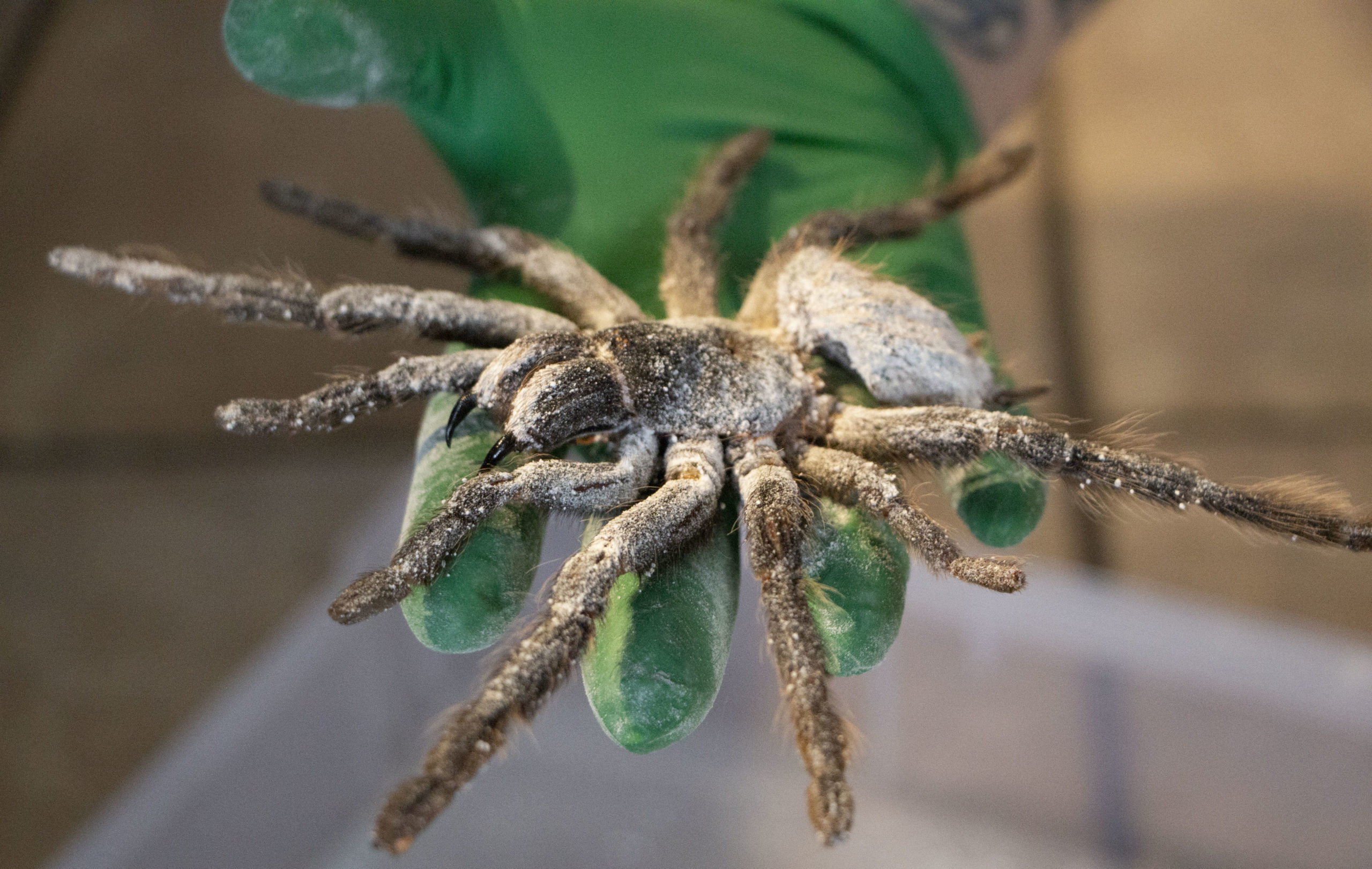 Karen Ashby holds a tarantula that she is in the process of drying. Similar to animal taxidermy, the insides of the tarantula are removed before use of the specimen. Photo: Claire A. Wilson A dried wasp nest with larva still remaining sits on a work desk in Karen Ashby's studio. Ashby removes each larva by hand in Vancouver, B.C. Photo: Claire A. Wilson 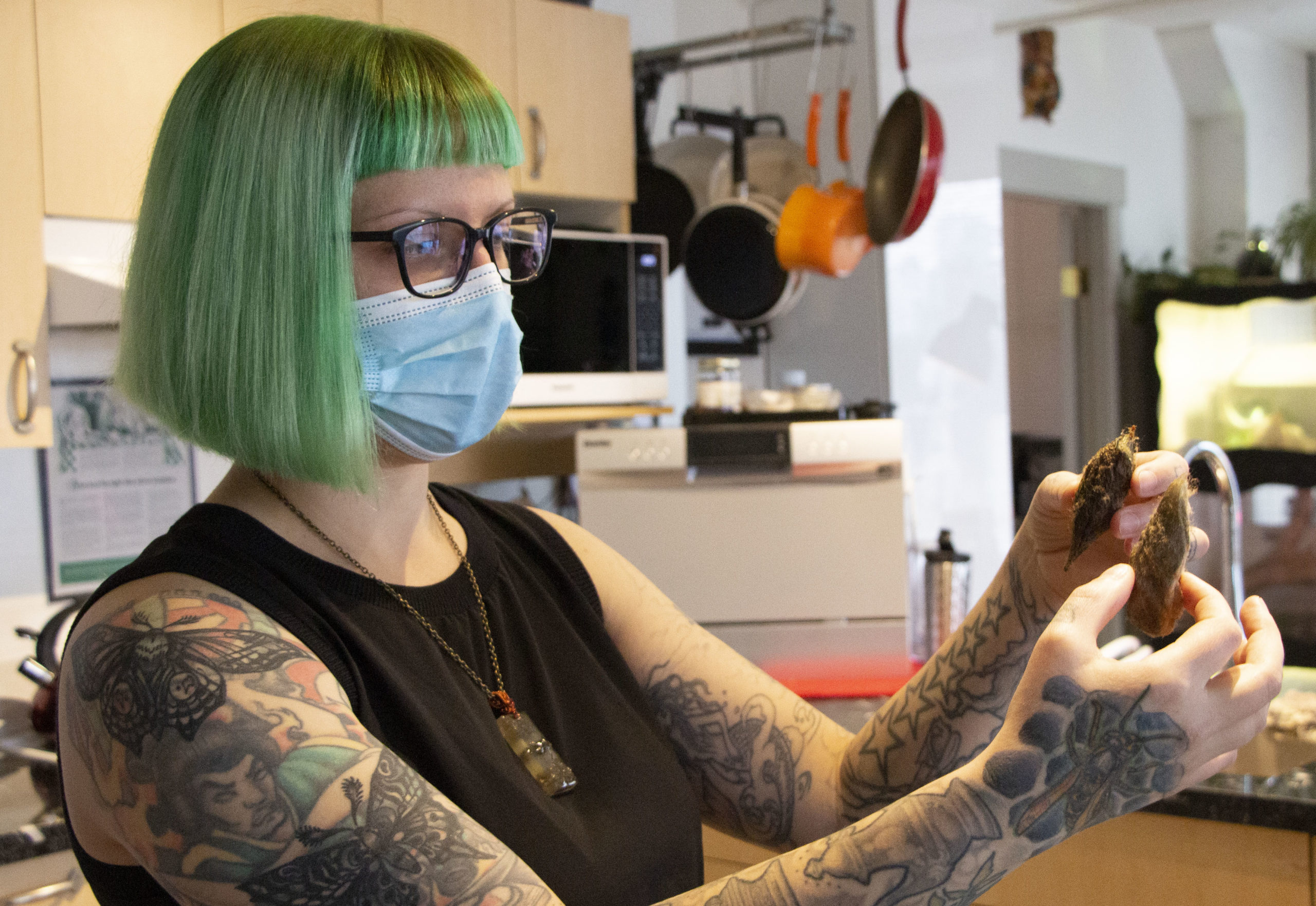 Karen Ashby holds two moth cocoons in her Gastown studio in Vancouver, B.C. Ashby keeps the moths in her fridge, and pushes them to the back of the shelf when guests come over so they're not mistaken as food. Photo: Claire A. Wilson 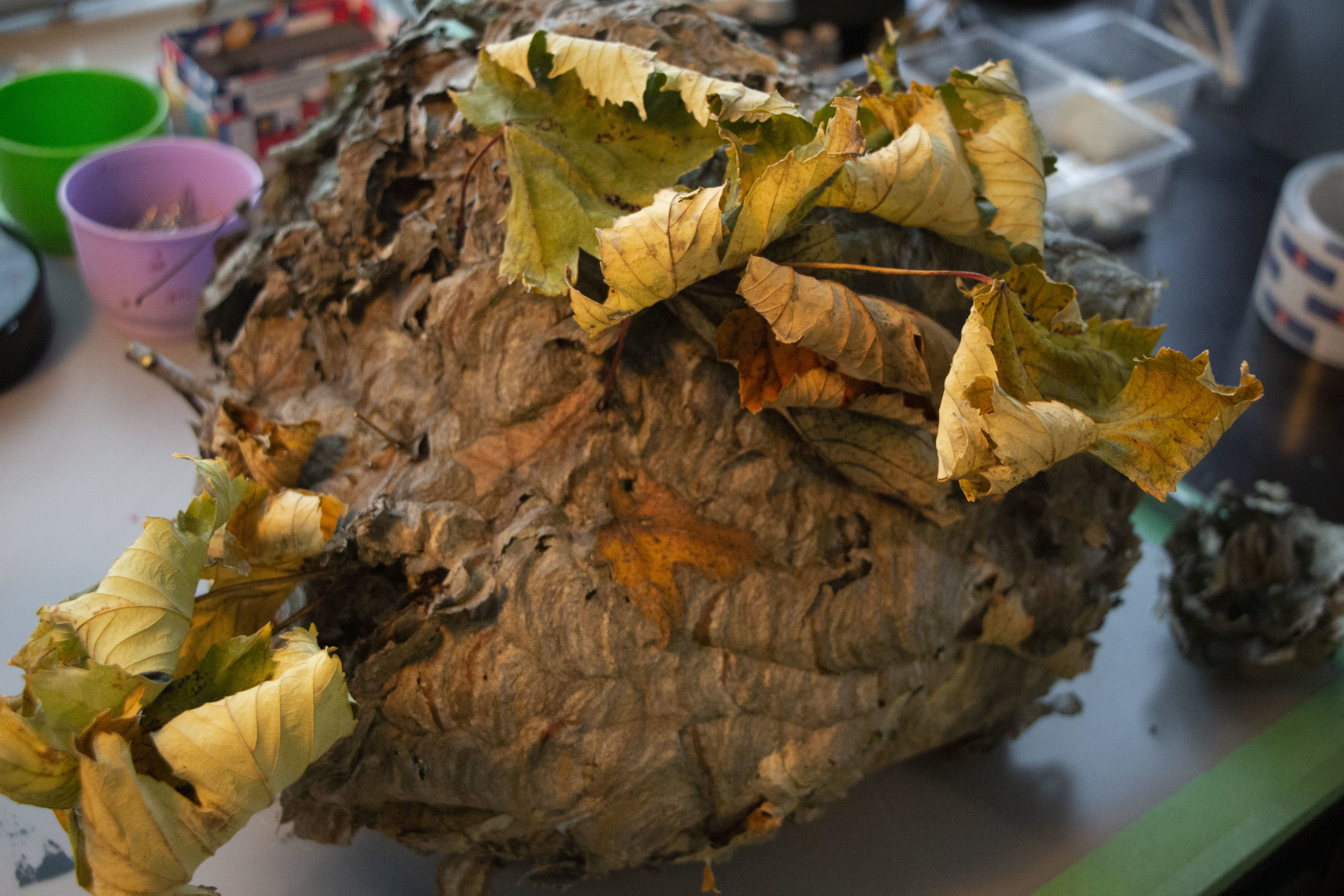 Karen Ashby collects wasp nests from throughout the Lower Mainland to use in her art pieces. She creates them in her Gastown studio in Vancouver, B.C. Photo: Claire A. Wilson Karen Ashby shows off a pair of packaged insects in her Gastown studio in Vancouver, B.C. Photo: Claire A. Wilson
Prev 1 of 7 Next

Other artists in the community are also collecting their art and taxidermy specimens humanely. Heather Bennett, who started her small business Moth and Moonbeam in August 2021, is now using her longtime love of bugs and animals to create unique art pieces. Her work is a mixture of small animal taxidermy, insect art, and other oddities.

“I really pride myself in doing things in an ethical way,” Bennett said. “I’m not someone who’s going out and hunting specimens or anything like that. I’m not a hunter. I don’t support that.”

Bennett said that all of the animals and insects she works with are ones that she comes across or obtains post-mortem.

“A lot of people think that I’m purposely going out and killing these specimens,” Bennett said. “I’m just thinking of myself like going out and punching down butterflies from the sky, which would be a very hard thing to do.”

Bennett said she sources her butterflies online from places in Southeast Asia and South America.

“They’re butterfly farms where they farmed the insects — they live out their full lifespan, and then they’re collected after they’ve naturally passed,” Ashby said.

As more artists like Ashby and Bennett transform Vancouver’s taxidermy scene, Poliquin said it creates a growing fascination with the art of living things.

Bennett said she believes there is lots of room for the community to grow as more people begin to appreciate natural specimens through art.

“There’s nothing more beautiful and intricate and detailed than a living creature,” Poliquin said. “And so it really is a great way of stimulating new ways of thinking or new ways of talking about the natural world.”

The fifth annual Weirdos Holiday Market is coming up this Christmas season in Vancouver for those looking for items that fall outside of the mainstream art scene.

Started by Rachel Zottenberg, the market offers vendors and visitors a chance to admire works ranging from taxidermy to built bone sculptures. 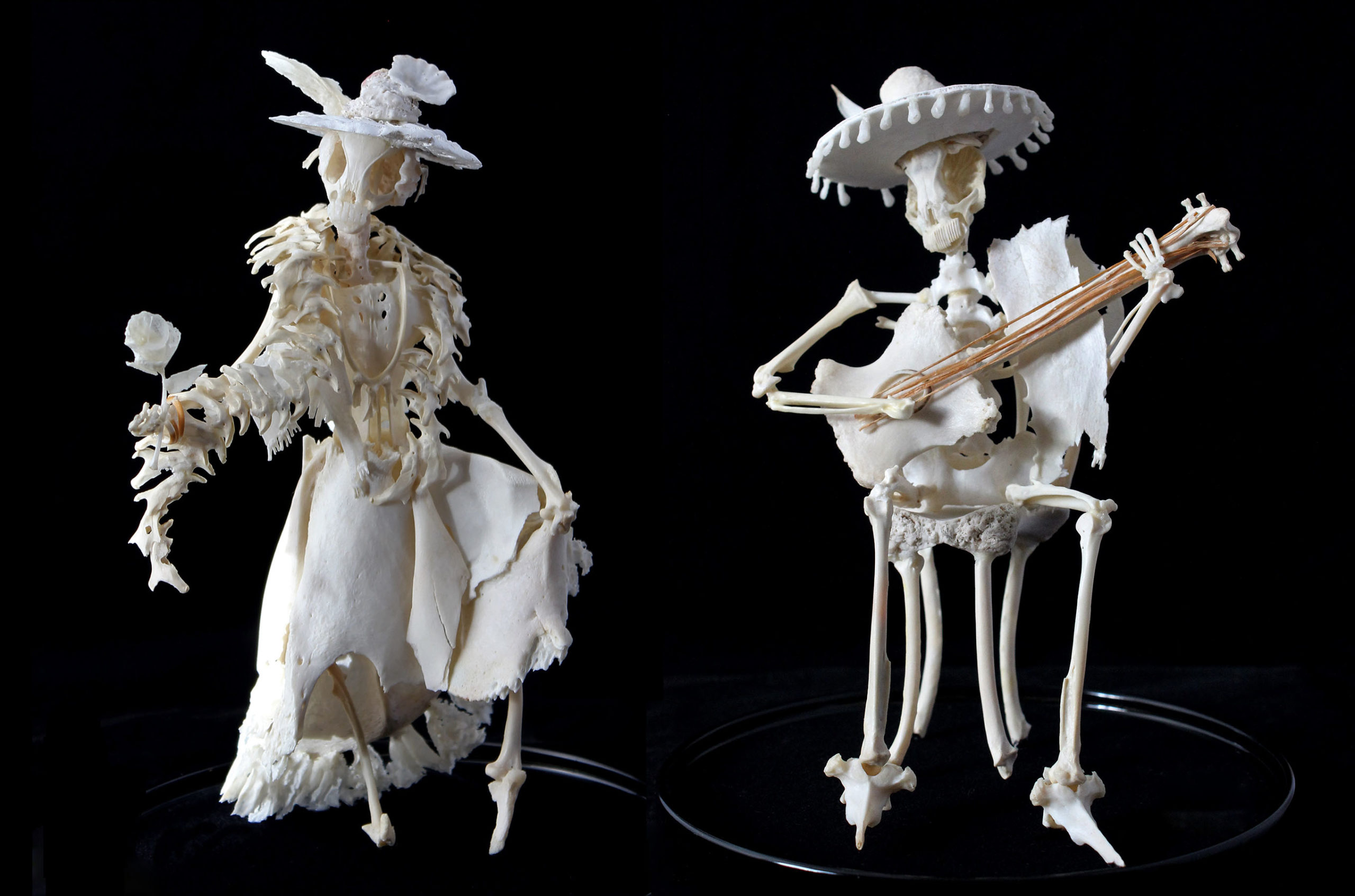 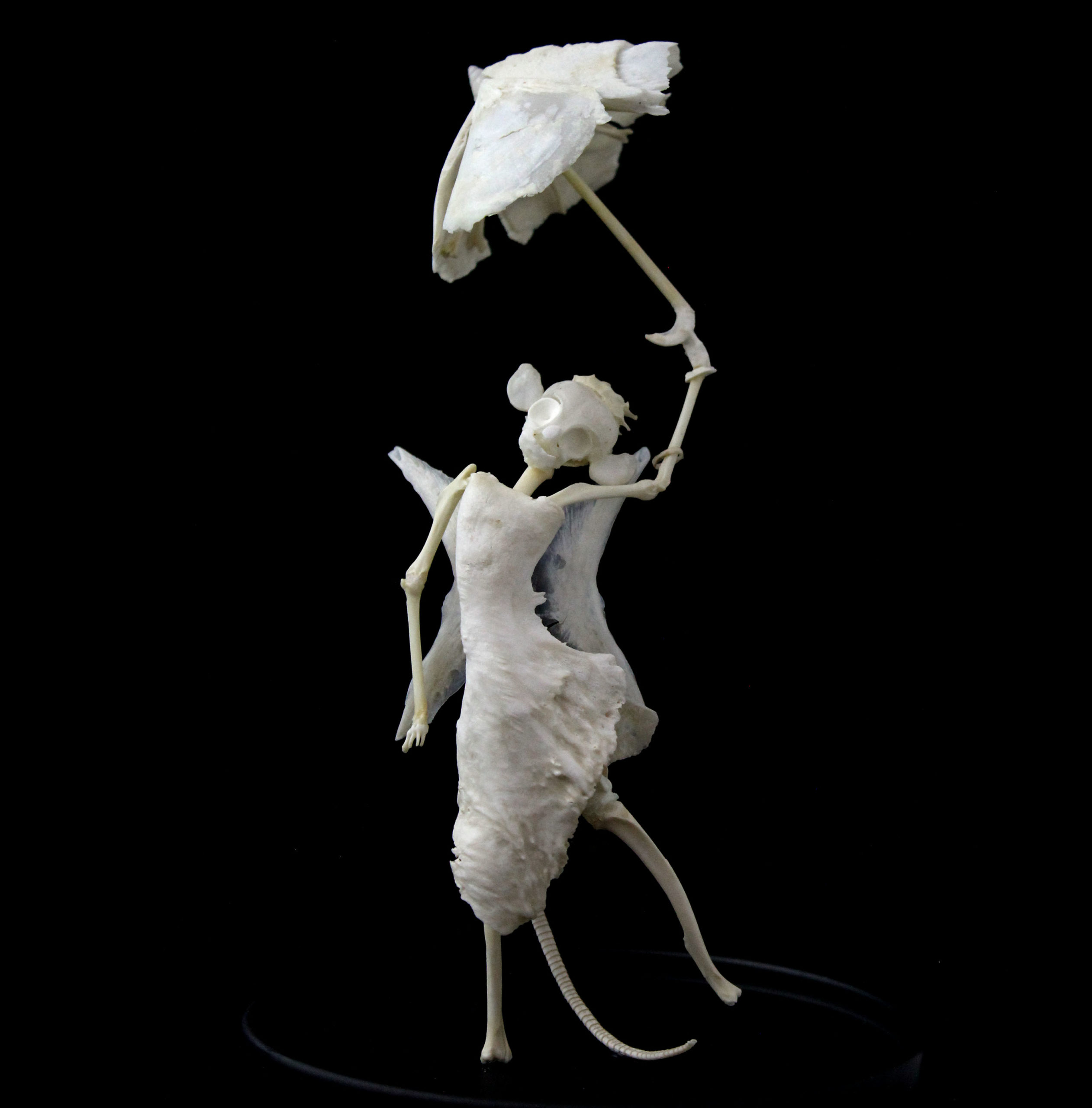 A bone sculpture created by Yolanda Mason, who works out of North Vancouver. Mason's art pieces take plenty of time to build because she forages herself for all the bones she uses. Submitted photo: Yolanda Mason 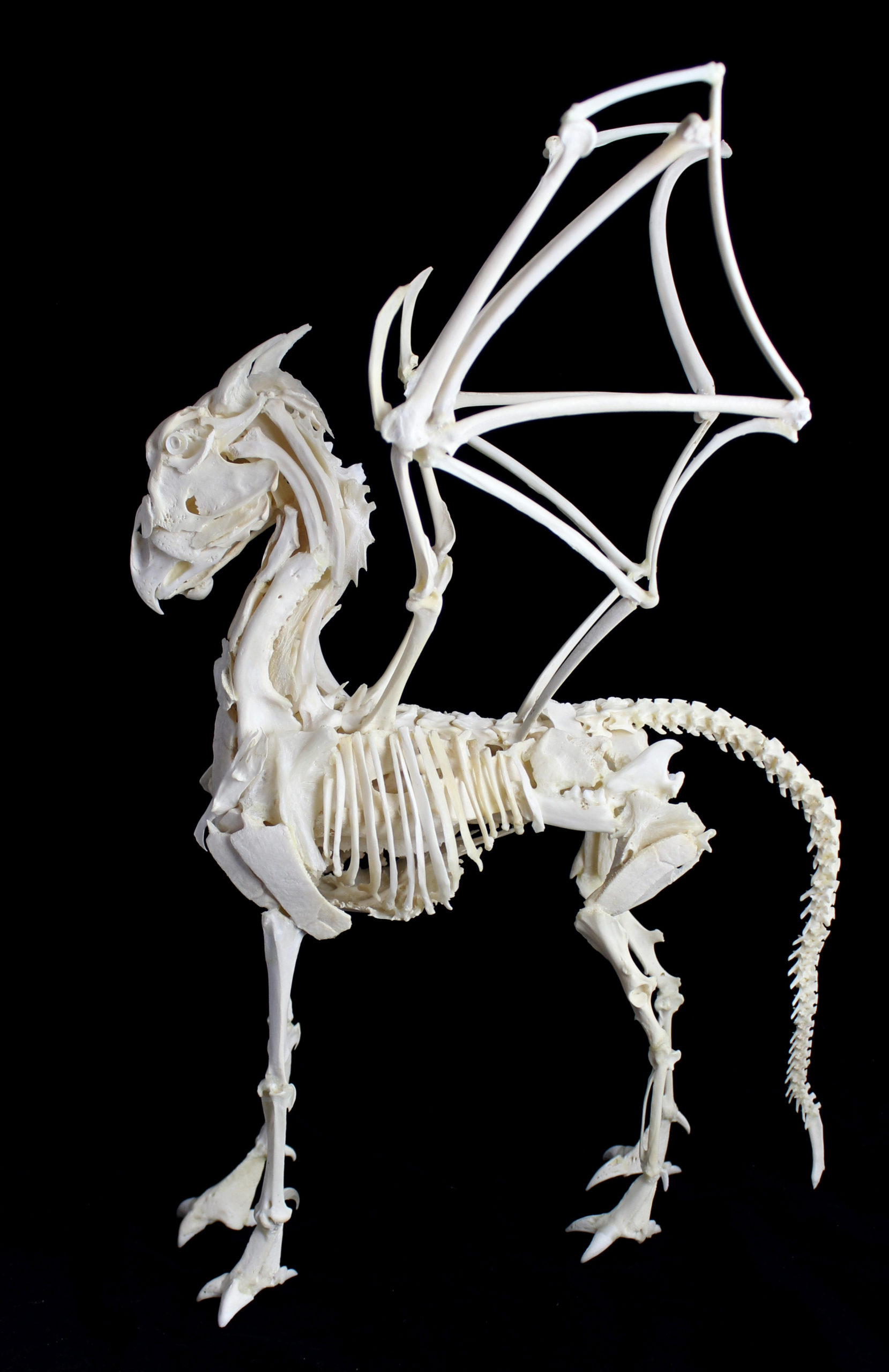 A salvaged bone structure created by Yolanda Mason. She makes a point of sourcing her art materials ethically, and chooses not to buy bones or obtain them by hunting. Submitted photo: Yolanda Mason
Prev 1 of 3 Next

This gathering lets individuals who work outside normal artistic paradigms to come together. For vendors, it offers the opportunity to learn about one another in an accepting environment. One of the main values of the market is to ensure labeling and language is representative of each artist featured.

Yolanda Mason, an artist specializing in the use of bones, has been a vendor in the market since it first started out. For her, the market represents a source of support.

“It’s sort of like it’s a community,” said Mason. “And I think it’s given us a little bit more confidence all together.”

From Dec. 4-5 and 11-12, artists will be able to sell their passion projects in an event hall at 1739 Venables St. For Mason, it’s refreshing to be in an environment with others who care.