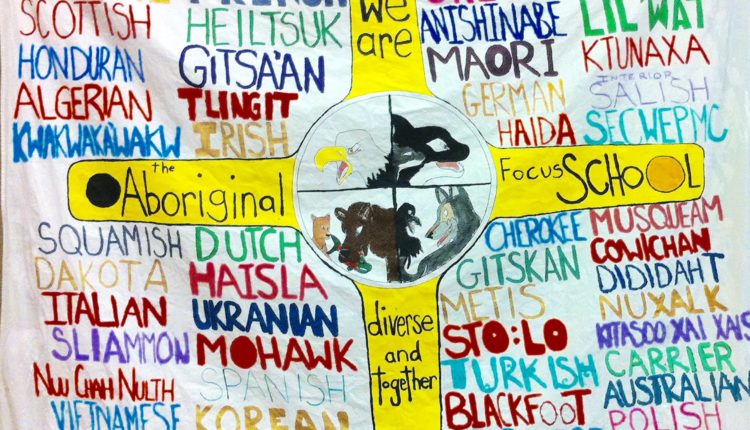 A newly-elected Vancouver school board trustee has promised to secure ongoing funding and support for the city’s only Indigenous focus school.

The continued operation of the Xpey’ elementary school in east Vancouver is only ensured through 2020.

COPE trustee Barb Parrott, who started her term Nov. 5, included a promise in her campaign to sustain the school.

“For starters, when I’m on the board, I won’t agree to close the school,” she said.

The board’s Indigenous focus school opened in 2012. It was slated for closure in 2015 due to a combination of low enrolment and the need for costly seismic upgrading.

Pressure from the school’s parent advisory council resulted in the current commitment to keep the school open until 2020. It was given the Musqueam name Xpey’ in a traditional naming ceremony in 2018

“The achievement gap continues to be wide between Indigenous students and non-Indigenous students. One of the things that research has shown that keeps kids in school and helps them achieve up to their potential is a sense of belonging,” she said.

According to board data, the overall graduation rate in 2016-2017 was 89 per cent. For Indigenous students, it was 47 per cent.

Parents continue to advocate for school

Richard Stanley’s twin daughters were two of the 13 students who attended Xpey’ when it first opened as a mini-school within the MacDonald elementary school at Hastings and Victoria.

“My wife is Ktunaxa and it was very important to us that the girls be raised in a culturally safe atmosphere,” said Stanley, whose two daughters just started Grade 5.

“The school has been a wonderful, warm, nurturing environment for our girls. All of their needs academic, emotional, cultural have been met over and over again,” he said.

The school currently serves 85 students from kindergarten through Grade 7. Eighty-five per cent of them are Indigenous. Stanley said that the uncertain fate of the school is a source of frustration.

“We always feel as though we are on the block, that we have to justify our existence.”

Stanley said that the working relationship between parents and the school board has been productive but that unnecessary barriers to enrolment and a basic lack of awareness about the school persist.

“We have a cross-boundary exception, but it still seems as though every year families get told they can’t enrol their children,” he said. “We really want more promotion of the school done at a district level.”

Stanley’s concerns echo some of the findings of a community-based research report published in 2016 by the Sustainability, Inequality, and Social Change Lab at Simon Fraser University.

Scott Neufeld was one of the researchers who coauthored the report, along with Xpey’s first principal. Their research found that the board has a critical role to play, not only in equipping the school with adequate resources and improving Indigenous staffing levels, but also in correcting a basic lack of information about the school in the community.

“More than 50 per cent of the people we spoke to outside the school had never heard of it and it was blocks away from where they lived,” he said.  “If the school board was really keen about spreading the word about the school, you may have found a different result.”

Neufeld also said, among members of the community who had heard about the school, there was a common and negative misperception that it was a program only for Indigenous children – particularly among Indigenous parents for whom the prospect of sending their kids to a segregated school was reminiscent of residential school.

“It seemed like those were some of the key barriers to more parents wanting to send their kids there and it was unclear if the school board was aware of those or doing anything to head those off,” he said.

Parrott said that during her tenure on the board she will revive a 2016 motion to pursue federal funding for the school and work to get the building moved up from the “bottom of the list” of priorities for seismic upgrading.