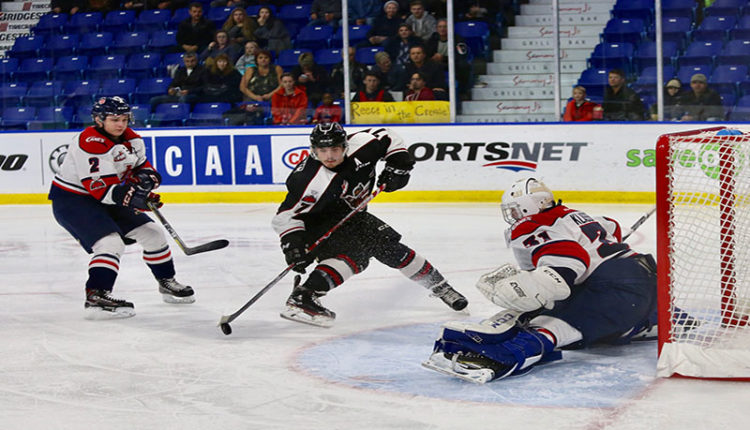 That’s because his father, Cliff Ronning, played in the NHL for 18 seasons, including a six-year stint with the Vancouver Canucks where he is still a fan favourite.

Hockey has been a fixture in his life ever since he was born.

“I could rollerblade before I could walk,” Ronning said. “I’ve always tried to mimic him and do the little things that he did well on the ice.”

Ronning’s coach thinks he plays similar to his father

Dean Chynoweth, associate coach for the Giants, played against Ronning’s father during his time in the league and sees a lot of similarities between the father and son.

“The drive, the hunger as an undersized guy that has to prove people wrong constantly,” Chynoweth said. “He’s been very motivated and focused and his play has shown that.”

Currently his focus is to propel the Vancouver Giants into the playoff picture after his time with the New York Rangers.

“I feel there are some big shoes to fill, but I’m my own person and it’s my own journey,” Ronning said. “I just go out and play hockey, do the thing I love.”

Ronning, a seventh-round pick of the Rangers in the 2016 NHL Entry Draft, was sent back to the Giants after captaining the Rangers rookie team at the 2017 Traverse City Prospect Tournament.

In his fifth and final season with the WHL franchise, Ronning is on track for career highs in both goals and assists.

He currently sits at 24 goals and 12 assists in just 26 total games.

Ronning spent one year training at the Delta Hockey Academy after the Giants selected him in the first round of the 2012 WHL Bantam Draft.

“Ty was somebody that had a vision that he was at a level and was going to do whatever it took to get to the next level,” Gallagher said. “He understood the importance of getting better every day.”

Time to let the dogs in