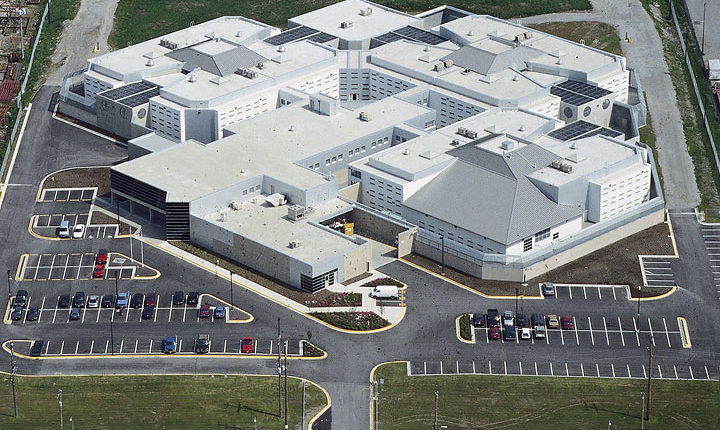 According to experts, more should be done to fight against prisoner suicides.

In July 2015, Matthew Kalin Brenner attempted suicide after being charged with murder and sent to the North Fraser Pretrial Centre.

Five-and-a-half months later, he slid through the third-floor safety bars in the correctional institution and jumped to his death. He was the second person to die by suicide aft er jumping from the third tier in the provincial prison since 2012. Advocates for prisoners say that offenders like Matthew, with addiction and mental health issues, need more support and intervention services before and during their time in jail.

Matthew’s uncle, Jonathan Brenner said “Matt’s life was quite lost well before all of this and that’s really the bigger tragedy, is that his life was lost already through mental health and addictions.”

Brenner said he and his family were angry after Matthew’s death because “they knew he was a high risk yet there were circumstances where he was able to get to a place where he could kill himself and apparently, this was not the first time that this circumstance had happened.”

“When they took him into custody and determined that he had mental health issues and was at a suicide risk they did not protect him from himself and that is completely unacceptable,” he said.

More can be done: experts

Jen Metcalfe, the executive director of Prisoners’ Legal Services said that in B.C., “prison is the place where we keep the vast majority of people with the highest mental health needs.”
“We need to spend more money on social workers and counsellors, programs and people that can help the prisoners deal with trauma. So many prisoners have histories of trauma,” she said.

Senator Kim Pate, a lifelong advocate for prisoners’ rights, said that it’s crucial to commit to “looking at ways to actually prevent people from being in prison in the first place who might be at risk of either developing mental health issues or having those mental health issues exacerbated by the conditions of confinement.”

As he battled addiction, Matthew committed dozens of petty crimes throughout the Lower Mainland including multiple counts of theft under $5000, possession of stolen property and breaches of conditions. But there was no violence until he allegedly murdered Marcelino Perez Rodriguez in a Downtown Eastside park on July 17, 2015.

“Matthew was never necessarily an angry child; he was actually fairly docile, often he would prefer to joke rather than get angry. He wasn’t one of those mad kids all the time, this was completely out of character for him,” Brenner said.

Brenner heard from other family members that on the day Rodriguez was killed, Matthew was delusional. “Matthew one morning woke up and whether it was hearing voices in his head or whether he was actually having auditory hallucinations or delusions, it sounded as though he was having a psychotic break and he was being told to kill someone that day,” he said.

Growing up in Abbotsford, Matthew “was a personable young fella and a good-looking handsome young fella but he struggled with school and authority,” said his uncle, a registered nurse who lives in Campbell River.

Brenner said Matthew “started to get into drugs at a fairly young age, at around 16. After a year or two he ended up going missing and we found out that he was on the eastside where he was heavily into drugs.”

According to the coroner’s report into Matthew’s death, his cellmate observed him testing the bars on the third tier at North Fraser Pre-trial Centre on the morning of Jan. 8, 2016. At 12:36 p.m. inmates and staff witnessed the young man jump. His injuries were determined to be “incompatible with life,” the report said.

An inquest into a death in custody is not mandatory if the chief coroner determines that “there was no meaningful connection between the deceased person’s death and the nature of the care or supervision received by the person while detained or in custody.”

When asked if there would be an inquest into Matthew’s death, the B.C. Coroners Service said in an email that his file was closed.

Colin Hynes, of the B.C. Public Safety Ministry, said a critical incident review was done into Matthew’s suicide “to investigate the tragic circumstances of his death and to make recommendations that may prevent a similar incident.”

The report said Matthew later stabilized, his psychosis had resolved and staff believed he was no longer suicidal.

Metcalfe said that when inmates do express suicidal thought or plans, they are put in an observation cell. “It’s a cell that’s mostly glass, usually pretty cold. The only thing they have is a little gown they call a ‘baby doll.’”
“They don’t have underwear or anything else. They are in this cold room.

They have a mattress and they are given a ‘suicide blanket,’ which is a shorter sort of blanket that they can’t tear,” Metcalfe said.

Even when inquests are held,  Senator Pate said the recommendations stemming from them are sometimes not adequately implemented.  “If they had been implemented, we probably would not be seeing the numbers of people both developing mental health issues, and worse still, dying in prison,” Pate said.