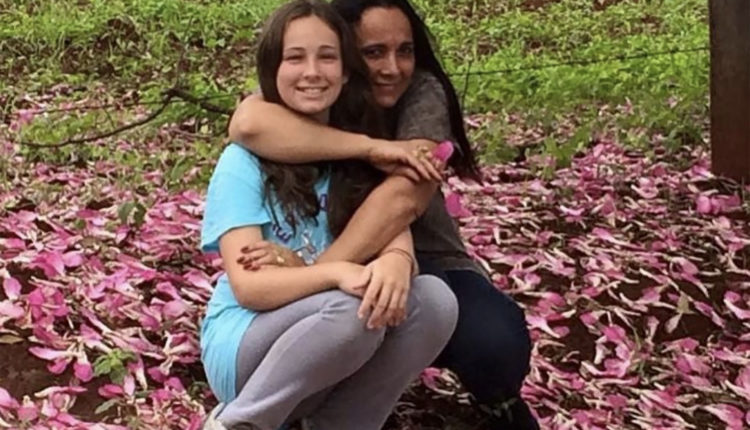 Fernanda Girotto with her mother, Rosana Girotto on her mother's Instagram page.

Student was killed after being struck by two different cars

The first emergency responder on the scene of a traffic accident that killed a teenaged girl testified Monday that all he could see at the scene was a hand in front of a face and a body pinned underneath a car.

Fernanda Girotto, 14, an exchange student from Brazil, was killed after being struck by two different cars crossing the street at the 7200-block of Cariboo Road in Burnaby on Jan. 17, 2018.

“The predicament was dire,” said paramedic Wayne Mitchell, his voice breaking on the witness stand. “All I could see was a face and a hand. It’s embossed in my memory.”

Driving without due care or attention

On Monday in the Provincial Court of British Columbia, the trial began for Paul Oliver Wong and Kai Man Cheu, the two drivers charged for driving without due care and attention.

Girotto was allegedly struck down by a first car before being hit and dragged by the second car.

Mitchell was the first witness in the four-day trial being heard before Judge David St. Pierre. He testified Monday that he checked the victim’s neck for a pulse and then asked the driver of the car to slowly reverse the car while he and his partner held the body down to try to unpin it from underneath the car.

The indictment against Wong said he failed to yield the right of way to a pedestrian crossing on Cariboo Road.

The indictment against Cheu said he was driving on the left side of the roadway and overtaking and passing another vehicle when it was unsafe to do so.

Crown prosecutor Geordie Proulx said in court that the Crown’s case against Wong is that he “failed to keep watch of pedestrians” and the case against Cheu was he “bypassed Mr. Wong’s car when it was unsafe.”

“He should have stopped,” Proulx said, adding that the driver should have known he had hit a large object.

Both Wong and Cheu pleaded not guilty.

According to Mitchell it was a dark day with heavy rain. A pedestrian controlled light was installed at the crosswalk within two months of the fatality, Mitchell said.