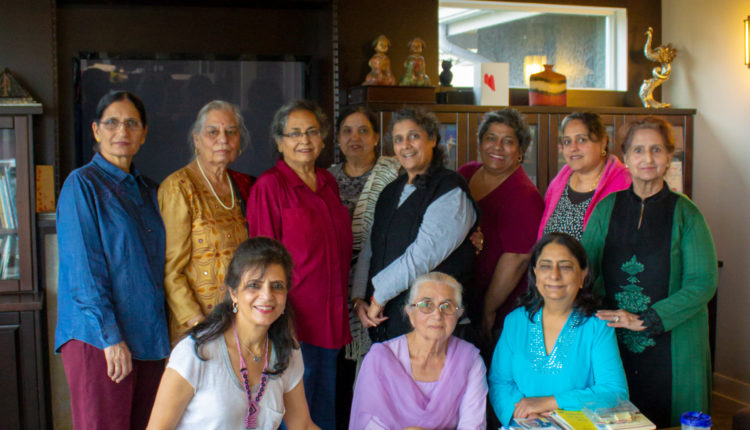 45 years ago, a trend of murders and suicides in Vancouver’s South Asian community moved Raminder Dosanjh to co-found a women’s  society.

In 2018, the India Mahila Association is one of the oldest women’s associations in the Lower Mainland and continues the tradition of empowerment and activism that began in 1973.

“It was just a very practical thing for us. Whatever we saw in the community we dealt with,” Dosanjh said.

According to Dosanjh, stigmas against women’s empowerment affected meeting attendance, so they formed a folk dance group instead. Women taught each other, while conversing about social issues and strengthening bonds.

“They support the women, they embrace them, they give them a voice,” she said.

Kaler came to the IMA during a desperate time in her life, but said she learned to thrive again through the help she received.

“I’m not the only woman [in this] organization that has moved forward with their lives,” she said.

The IMA works as a collective to incorporate ideas from all members, and Dosanjh believes in conscious practices.

“Value your traditions and customs that are good for you and everyone. Those that devalue women, we should shed those,” Dosanjh said.

In the association’s history of activism, Dosanjh said one of their proudest moments was in the forming of a coalition to stop the construction of a sex-selection clinic targeting South Asian women in Vancouver.

According to IMA member Darshan Mann, a 1980s movement to bridge the culture gap between the South Asian community and transition houses, which provided support for women escaping violence, was an important step for the association.

The IMA functions without operational funding or a designated building and is managed entirely by volunteers. Mann believes that volunteership is part of what makes the association strong.

“Because they’re doing it from their heart, they are more dedicated. They are more involved with the victim,” Mann said.

The IMA will be celebrating its 45th anniversary with a night of dinner and dancing on Nov. 9 at Fraserview Hall.

Cloudscape Comics Society floats to a bright future at Fieldhouse

Port Moody: Rent to own a new option