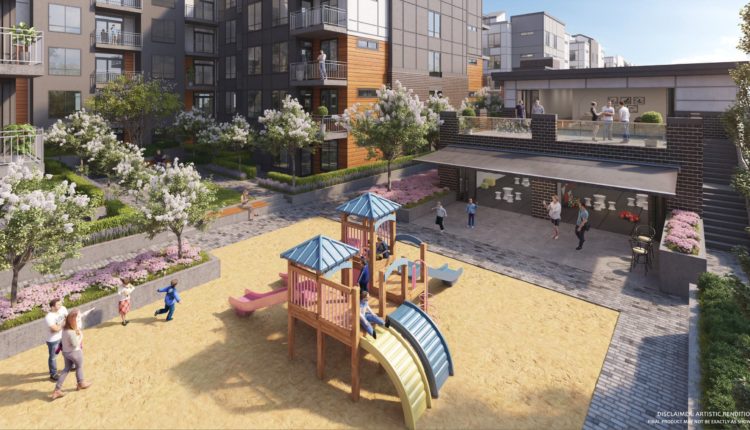 Port Moody: Rent to own a new option

Port Moody residents are getting the option this fall to buy housing in a unique project that allows them to rent to own – a first for this kind of initiative in the Lower Mainland.

A local family-owned development company, inspired by a firefighter who had to move out of Port Moody to afford housing, is building on industrial land near Rocky Point Park in the city to build two six-storey buildings with the option for 30 young families to enter the rent-to-own program.

“We believe that it’s an important way for us to basically be giving back to the city of Port Moody and taking 30 residents who will now become homeowners,” said Kush Panatch, owner of the Panatch Group. The company added the option to its proposal after getting a negative response from city council in an earlier version of its development plans.

The participants will have the opportunity to rent their suite at 50 Electronic Ave. for the first two years and be given the option to have 100 per cent of their rent applied to the purchase of their home.  The purchase price will be agreed upon at the time of the rental contract.

“We wanted to give back to the community and, being a small family, we really wanted to believe that you can do very well and still have the ability to be a positioned force in each community,” said Panatch.

In order to apply, applicants must live or work in Port Moody, be a first-time homeowner, and intend to live in the home.  Applications are now being accepted and the applicants will be selected through a lottery process.

Port Moody Mayor Rob Vagramov said it is hard to find anything negative about a program that is intended to bring affordable ownership for people but there will be difficulties when there is a high demand.

“The main challenge with any program like this is going to be making sure that the right people are given access to this program and that it’s not somebody just saving some money, it’s someone getting access to the housing market,” said Vagramov.

A Tri-City mother of two who has been renting for the past eight years was enthusiastic about the recent announcement and is looking forward to applying.

“That’s something they should be offering especially to single parents with children who are trying to get their foot into the real estate market,” Megan Harvilla said.

“We find that most people who try to get into the marketplace are mostly younger people and some older people who haven’t had a chance to buy before so we wanted to pick homes that were more in the affordable range,” said Panatch.

Commercial broker and real estate agent Stathis Savvis said this it’s the first time he has seen a developer offer this type of program and that it can be a beneficial program for people wanting to purchase real estate.

The development complex will be a similar to the Suter Brook and Newport Village models with a mix of homes and commercial retail spaces but differentiate itself with exclusive amenities.  Approximately 9,000 square feet of commercial space will include a private club,

For the developers, the biggest plus of the proposal is the personal response.

“We have heard a number of moving stories and people have actually written to us saying what impact this will have and they are grateful that someone is actually taking a small bite of this very substantial problem that we have,” said Panatch.