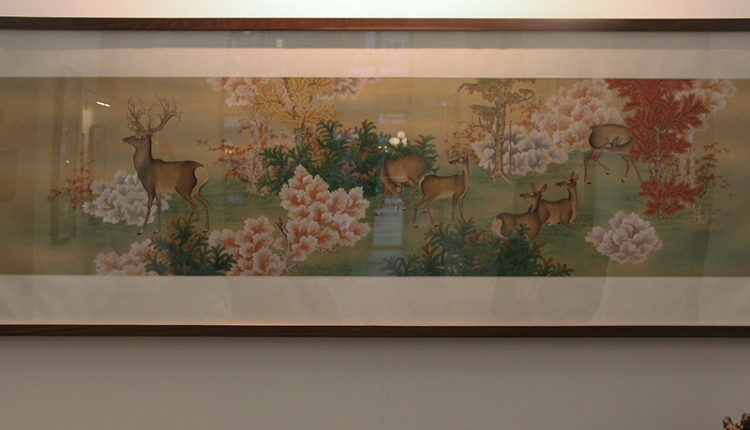 The pieces can be viewed from Nov. 22 to Feb. 21 in downtown Vancouver. Ren is known for his gonbi paintings. Gonbi is a Chinese painting technique where the artist uses ink, colour, and meticulous brush strokes to create detailed works of art.

“I have admired Ren for almost 20 years,” Dashan Pan, the curator at Sunzen Art Gallery, said.

Lu Wang, the director of operations at Sunzen, has worked at the location in Shandong China for years. She helps to communicate with Ren and his studio team.

Wang said that Ren became famous in his early 20s, and “always seeks to challenge himself and break through the challenge, again and again.”

‘Emerging into another realm with nature’

The co-curator, Viahsta Yuan, said that they represent Ren’s paintings as four seasons.

“My job is to basically create an exhibition that could easily communicate to the audience why his work is important,” Yuan said.

Yuan said the idea is that when people walk in the gallery, they will feel that they are emerging into another realm with nature, which is totally different from a modern city.

Part of Ren’s fall section was done on silk, using a technique known as taoran. Taoran means “leaving the blank space,” on empty areas as well as the highlighted area on the branches of the bamboo.

“If you see this snow on the leaves, the bamboo as the highlighted part, it all reveals the true color of the silk, instead of using any dye to paint in afterwards,” Yuan said.