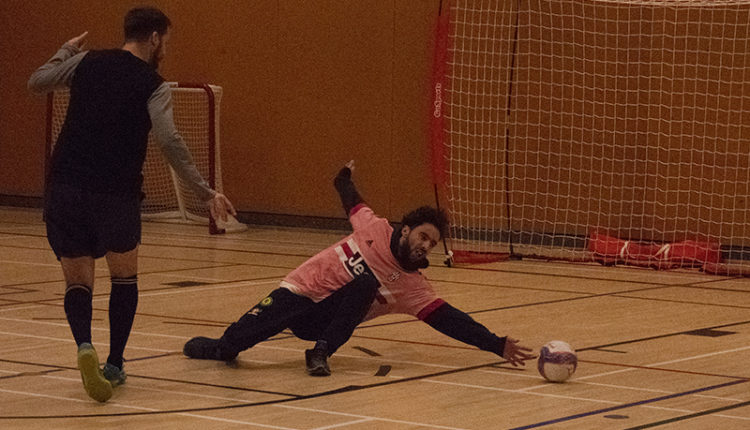 A group plays a futsal game at the Jewish Community Centre Photo by: Adam Levi

The principles of Judaism have been passed down for thousands of years and the players at King David High School have been using those principles to win games.

“The game is not the end in itself,” Berger said. “It’s all the different lessons that game brings out, like the ideas of team, sportsmanship and others.”

At the Jewish Community Centre in South Vancouver, recreational sports leagues are based on the same principles as those at King David.

“Of the 140 members in our hockey league, around 80 per cent of them are Jewish,” said the centre’s athletic director Kyle Berger. “I think that’s a pretty impressive number. For the community of just over 25,000 [Jewish people] in Greater Vancouver, that’s not a bad number to have of actual Jewish participants.”

There may not be a long history of successful Jewish athletes, particularly in professional sports, but the high level of interest within the community makes at least one rabbi envious.

“My son’s hockey coach gets everyone at 6 a.m. on a Sunday morning. I can’t get anyone,” Dan Moskovitz joked. “I wish that some of the kids at my synagogue were as religious about religion as they are about sports.”

Langara students merge archival photos with ones from the present