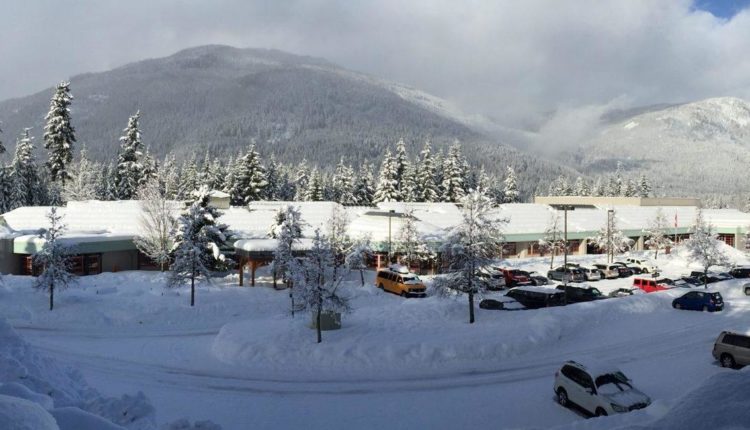 On the land next to Myrtle Philip Community School (pictured) is where the new middle school would be built. Photo courtesy of SD48

New SD48 superintendent said the capacity expansion plan for the municipality is still top priority, although there are no confirmed plans at this point

Despite high anticipation for a new middle school in Whistler and a new superintendent in the school district, there remains no definitive plan to move forward with the school.

Parents of Whistler were first surveyed in 2018 about options regarding the predicted overcapacity in schools due to growing enrolment rates in Whistler public schools. A new middle school in town was deemed most cost-effective and received the most votes from parents and residents.

Whistler has a population of 11,854 and is part of the along with Squamish and Pemberton. The district serves approximately 5,000 students with a steady increase of at least 1.5 per cent in student enrolment rate each year since 2015. The project cost for a new middle school in Whistler is $32 million, with capacity for 425 students from grades 5-8.

Long in the works

Dana Elliott, mother of two children enrolled in Whistler schools, said she remembers hearing about a new middle school in talks before her son started kindergarten in 2018. Her son is now in Grade 3.

“My son being in Grade 3, he was supposed to be, if everything moved ahead properly, going into the new school for Grade 5,” Elliott said. “And there hasn’t been a word of it since they put [the plan] through … and that was years ago.”

Jax Goldbloom, another Whistler parent, said that she has seen an influx of work-from-home families moving from urban areas and adding to the growing numbers of students at the schools in Whistler. “When these kids move up, the high schools will be busting.”

In comparison to the other proposed options to increase classroom capacity, which includes building onto the existing elementary schools or secondary school, Elliott said building a new school on land that is already set aside next to Myrtle Philip elementary school would allow space to free up at all three current public schools.

Elliott said the current temporary solutions are not ideal and with the surge of new families moving to Whistler since the pandemic, a new middle school “makes the absolute most sense for the community” and provides the greatest longevity before the schools would max out again.

“I’d like to see them going forward with it sooner than later so that they’re not having to add in more portables and use alternate rooms in the school that weren’t designed as classrooms,” Elliott said.

Goldbloom said she as well has “heard nothing about the details, timelines or anything of sort” regarding the new middle school since hearing that the plan was a go a few years earlier, but she expects changes with the new addition to the school district.

“Chris Nicholson just started into the position, which I did get emailed, so that’s a start,” Goldbloom said.

Nicholson started his new job on Nov. 1, after former superintendent Lisa McCullough was recruited by the Ministry of Education earlier this year.

Nicholson said the middle school has been one of the district’s top three priorities over the last couple of years, although its highest priority currently lies on the upgrade and expansion for Howe Sound Secondary in Squamish as it presents more urgency.

Nicholson said the school district does expect pressure when it comes to overcapacity at Whistler schools going into the 2030s. The proposal for a new middle school was submitted as part of the district’s 2022-23 five-year capital plan to the Ministry of Education for approval.

“We know that from the ministry saying it’s a go, it can sometimes take up to five to seven years for a school to be built,” Nicholson said. “It’s always a good idea to be proactive so that we’re ready to open up when we do feel those pressures and avoid excess use of portables.”

Another concern parents expressed that might deter building the school is a potential shortage of school staff when the middle school is complete.

“It’s going to be an issue when the new middle school is built, or when we add more classrooms,” Elliott said. “Getting anyone to work in jobs like childcare, teaching staff, is an issue, because no one can afford to live here.”

Staffing has long been an issue in Whistler public schools. Elliott said one of the district’s school buses was taken out of service because there were no available bus drivers.

Nicholson said he reassures parents that there will be a lot of workforce and recruitment planning when the new middle school is built. And with the increase of population in Whistler, he is not concerned by potential staffing issues.

“We’re a wonderful community with lots of good opportunities, so I think we would be attracting a lot of great staff beyond those staff that would choose to move from either elementary school or secondary school to work in the middle school,” Nicholson said. 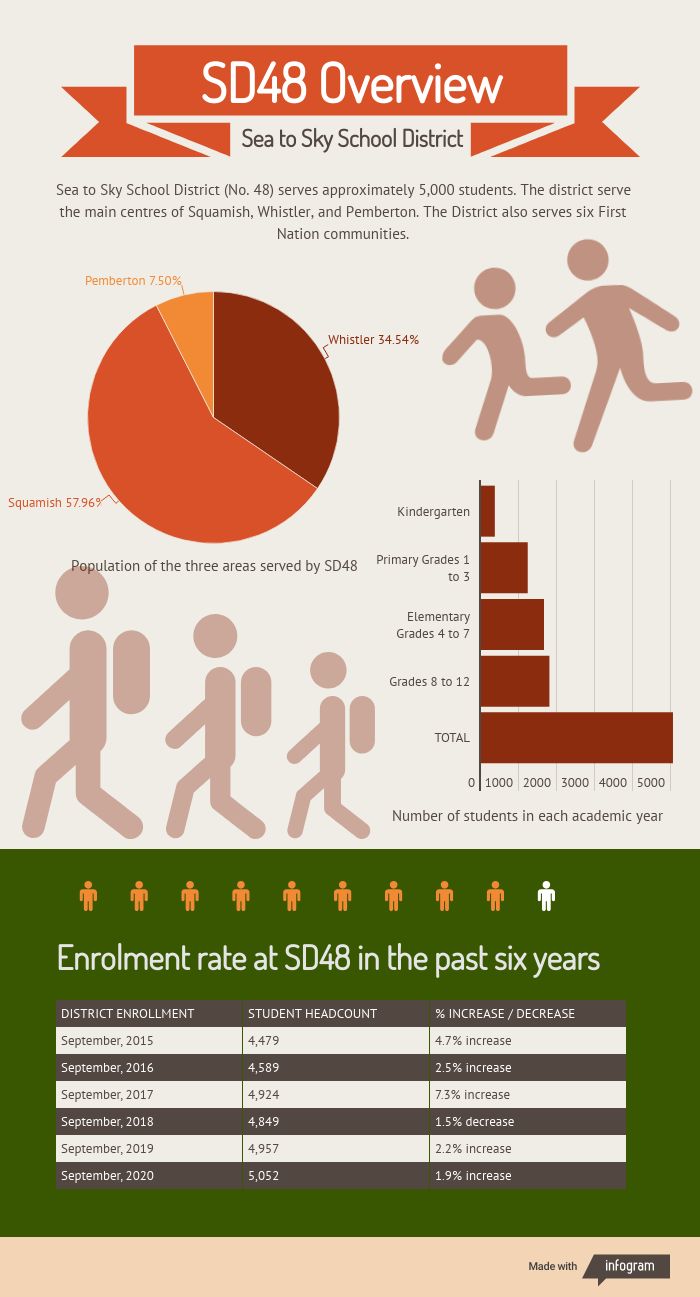