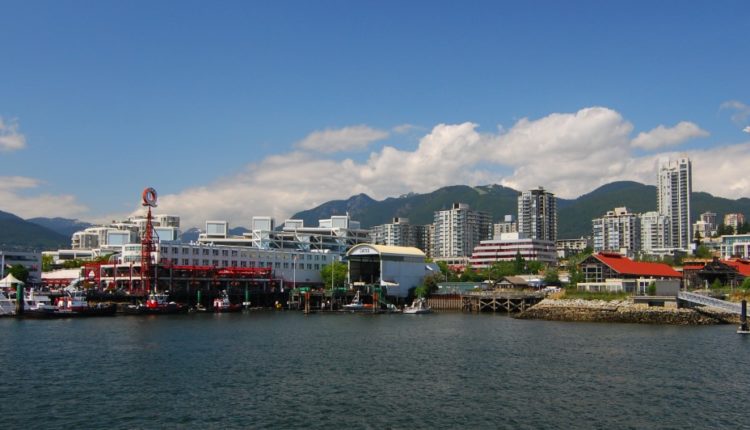 The City of North Vancouver is plugging into the world of bitcoin with a plan to use waste heat from bitcoin mining computers to provide warmth for businesses and homes.

Mintgreen, a tech company based in Burnaby, has formed a partnership with the Lonsdale Energy Corporation. The LEC is a city-owned company that provides heat and power to 100 buildings, including apartments, in North Vancouver. Colin Sullivan, CEO of Mintgreen, said the company has built a partnership with LEC for the past two years as it developed the heaters it intends to use in the project.

Mintgreen’s heaters had to provide temperatures higher than what was normal for a mining computer, and the company spent over a year working to meet the necessary requirements for LEC.

“They needed additional heating, ideally, low carbon, and, our technology kind of arrived at that point. So it was actually a long time coming with them. And the fit was good for, for what we needed,” Sullivan said.

To cool these machines down, Mintgreen will use a coolant fluid that absorbs the heat from the machines. A heat exchanger will transfer the heat to the municipal water supply, and that water would be used to heat buildings. The base of the system is powered through BC Hydro electricity and, according to Sullivan, will offset carbon emissions substantially.

“We supplant 1,600 metric tons of CO2 as opposed to natural gas per megawatt of heating. This is hydro-based electricity, we capture almost all the heat and inject it directly into their district energy system via a heat exchanger,” Sullivan said.

The project isn’t without criticism, however, as many take issue with the city being involved with bitcoin mining. Former city councillor and mayoral candidate Guy Heywood feels that the city’s involvement with a digital tool that is inherently outside the regular financial system is problematic.

“You’ve got a government that relies on tax revenue, but supporting something that is a known way to launder money and avoid taxes, and is absolutely environmentally irresponsible,” said Heywood.

A representative of the City could not be reach by the time of Publication.

Karsten Veng the CEO of the Lonsdale energy corporation said “Lonsdale Energy Corporation (LEC) is working with MintGreen on this project to add clean energy to LEC’s district energy system. The residents of the City will benefit in that we will be adding low-carbon energy to the system, at a competitive price point. The City has asked LEC to become an important component of the overall carbon reduction strategy. This project is one way we will get there.”

While the issue involving taxation is a problem that’s been growing within the cryptocurrency world, Sullivan and Mintgreen are trying to combat the environmental concerns.

“They’re [the LEC] covering a portion of the electricity, and we’re giving them low carbon heat. We’re incentivizing the decarbonization of their line, to use just electricity would be expensive, if not prohibitively so. We’re essentially subsidizing a clean electric boiler, so it makes sense for the constituents on a fiscally responsible level,” said Sullivan.

The future of renewable energy

Micah Smith, a civil engineer with Blockchain Infrastructure Research who has extensive experience in the power industry, says cryptocurrencies and renewable energy are complementary, and that heat is a natural and useful by-product of bitcoin mining.

“I think that makes a lot of sense because the only waste of crypto is the heat,” Smith said. “If you capture that heat that comes off of the immersion cooling and use it to for a productive use, that pokes a lot of holes in people’s environmental arguments against it.”

Listen to this podcast clip below where Colin Sullivan, CEO of the tech Company Mintgreen, discusses how this project came to fruition:

Voice Radio Ep. 29 – College and career in a new age