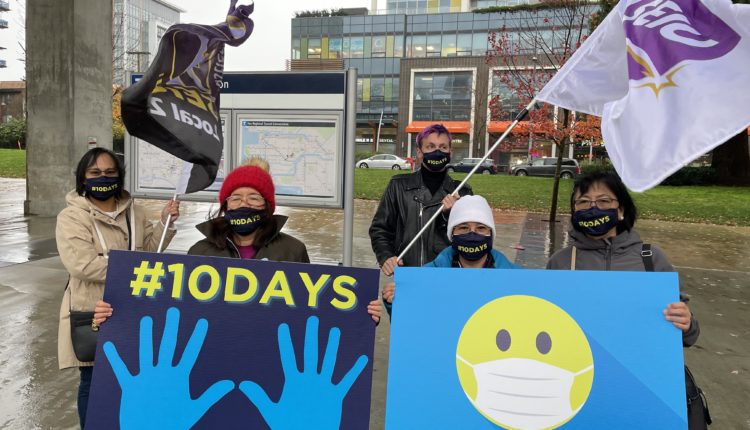 Workers advocate for 10 days of paid sick leave at a demonstration near Metrotown in Burnaby, B.C., Oct. 25, 2021. Photo courtesy of Avtar Badesha

New program comes into effect in the New Year

By Alex Antrobus and Maxine Ellis

B.C. has implemented a reimbursement program for employers who have staff miss work due to illness, and are set to roll out the permanent version this coming January. However, there are plenty of workers who will be unable to make use of it, including gig workers, performers, and contractors.

This new program is especially urgent during a global health crisis, when already strained employees have to deal with the possibility of getting sick. When this happens, they’re faced with a difficult choice: either go in to work and risk getting their co-workers sick, or stay home and lose out on their wages. 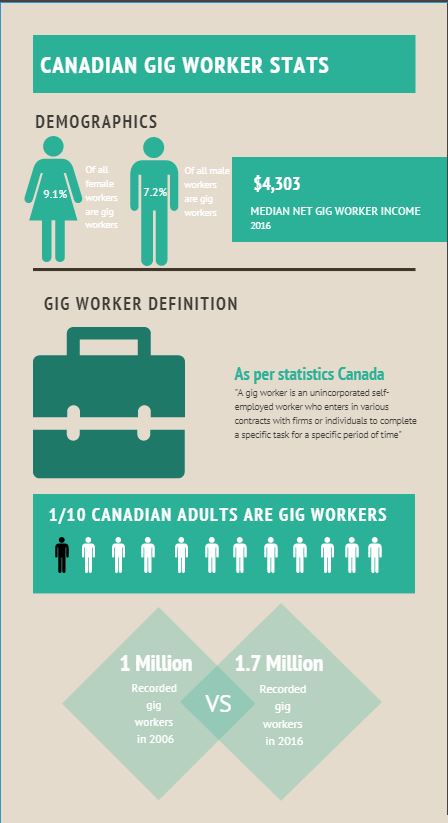 Paid sick leave addresses this problem by encouraging employees to take a day off in case of illness, without them losing out on essential income.

However, the program is not available to full-time or part-time gig workers because they are not classified as employees under the B.C. Employment Standards Act.

As of right now, an estimated one in 10 Canadian adults are employed by the gig industry.