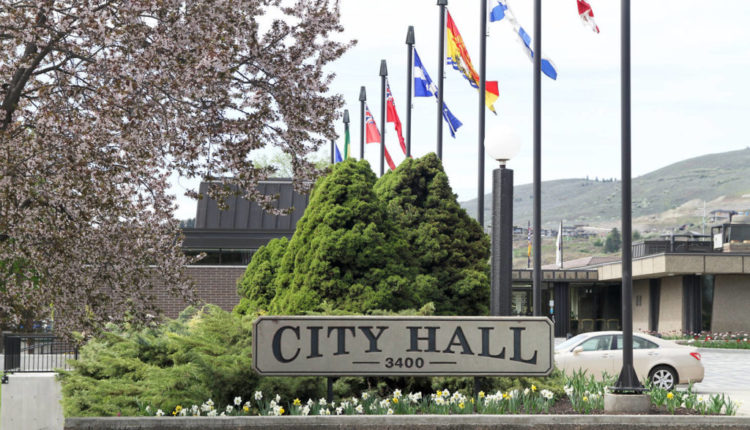 Three people have put their name forward on opening day of nominations to run for a vacant seat on Vernon council. Photo provided by Kelowna Capital News

Still in mourning over the sudden death of a city councillor earlier this year, the City of Vernon is preparing to replace her in a by-election even as the pandemic continues.

Jon Frederick is one of the many people from the city of 40,000 at the northern end of the Okanagan Valley anticipating the Dec. 4 election. As a personal gym trainer, he hopes that the newly elected city councillor will be against implementing strict COVID-19 guidelines.

“I’m very disappointed with how our city [Vernon] has overreacted to COVID-19 and Dr. Bonnie Henry’s control. As a personal trainer, and my wife who is a bodybuilder, we were unable to do our job(s) due to the continued closure of gyms and capacity limits.”

Wayne Gondor, a retired truck driver, has lived in Vernon, B.C. for his entire life. At the age of 56, his hopes for the new city councillor will focus on garbage and recycling policies.

Gondor is looking for a city council member that can “Assist senior citizens on how to properly deal with trash day. I have a had a month of no trash or recycling being picked up because I am not sure where to leave it.”

Gondor also commented on the late councillor: “I did not vote for her, but my wife Helen once met her at a coffee shop one day and Dalvir complimented Helen’s skirt that she wore that day. It’s a shame that she passed away at such a young age and of cancer, too.”

Dean Cross, a banker, who was a close friend of Nahal, expressed a fond memory about the late councillor, “Dalvir was an incredibly strong-willed, dedicated, and driven individual, with a deep sense of integrity. She always impressed me with her determination and was very well informed and well-spoken on just about any topic one could think of. Vernon and all of B.C. has suffered a big loss with her passing. It was a privilege to know her.”

Cross hopes that the new councillor “is as committed to the community of Vernon like Dalvir was.”

Cross elaborated, “No one can replace Dalvir, but interacting in the community like Dalvir is possible. The next city councillor needs to be committed to housing affordability, fixing homelessness and the student debt crisis.”

The candidate nomination period began Oct. 19, with the campaign set to start on Nov. 6 and continue until election day on Dec 4.

Voters can also cast a ballot at four advance polls, which starts on Nov. 24.