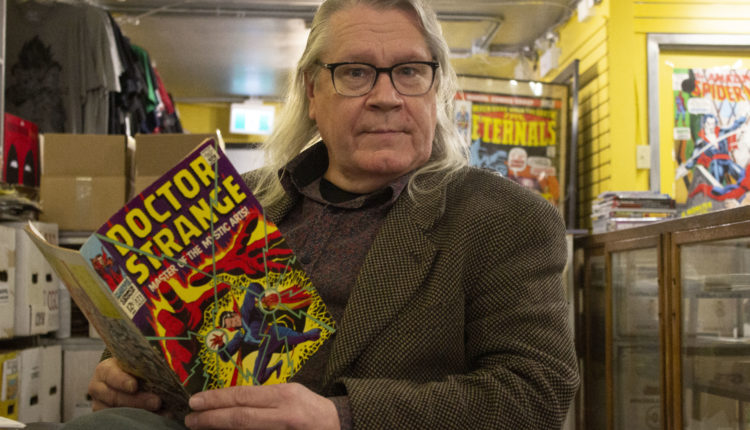 Patrick Shaughnessy, the owner of the comic book shop which has operated at Granville Street since 1979, said a major selling point is the nostalgia brought on by collectibles and comic books.

“People get patterned at youth, for the things that they enjoy the most,” said Shaughnessy. “A lot of people see something [in the store] that they saw or remember, things they heard about and couldn’t get when they were younger.”

Shaughnessy said regular customers return to the store for “the old stuff, the new stuff and the in-between stuff.”

Ashley Sparrow has been coming to Golden Age Collectables for over 10 years. She’s been a fan of Star Wars since she was two years old. For Sparrow, the science fiction universe reminds her of childhood.

“I’ve had Star Wars action figures since I was probably four or five,” Sparrow said.

Shaughnessy said the interest in comics and collectibles has developed through the decades.

View the slideshow below to get a look into the storefront of Golden Age Collectables: