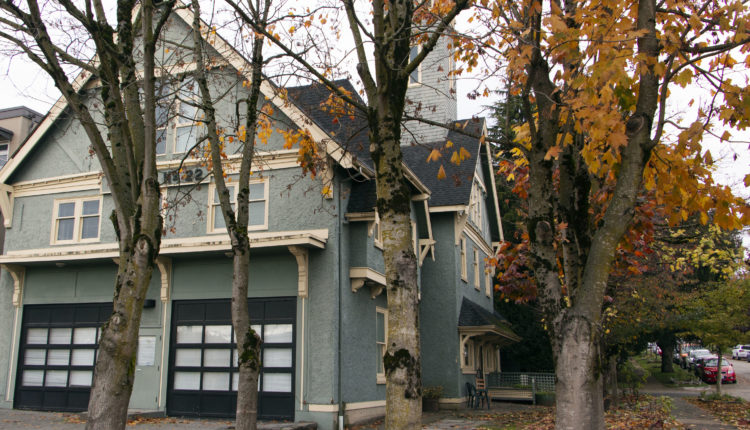 The exterior of Vancouver Fire Hall No.22, the location of the Neighbourhood House. Photo by Taesa Hodel.

Marpole will have a much needed space come April, when the old firehall will reopen as a community centre

Marpole is one of Vancouver’s fastest growing and lowest income neighbourhoods, but residents don’t have enough public spaces to support their needs.

Last year the Association of Neighbourhood Houses was granted their bid to renovate and reopen Marpole Place, an old firehall-turned-social-space that closed five years ago after a flood.

Naomi Harrison, a local mother who attended the old Marpole Place when her daughter was young in the early 2000s, said the unique and affordable programs offered at the neighbourhood house made it popular.

“It was a very well used space,” she said. “There’s a definite need because right now there’s a lot of pressures on the community centres.”

Interest from the community was shown throughout the neighbourhood when the community engagement team visited schools, centres and senior citizens, leaving questionnaires to determine the needs of the community, said Marpole House project lead Javier Ojer.

There was an overwhelming response to the need for food security and a community kitchen, but the funding proved harder to find.

“Public funding has been cut a lot,” said Ojer, who is now looking to private grants and fundraising to complete the kitchen.

Programs are all run by volunteers to keep the space accessible

He said most of the programs at neighbourhood houses are community-led and volunteer-based to keep down costs to residents, though a capital campaign has been set up by the organization to accept donations.

The new Marpole Place is set to open in 2019, and locals will be able to see for themselves the neighbourhood kitchen, third floor youth lounge and day care.

For others, like South Vancouver resident Emma Boughman, they’re going to wait and see what the new centre has to offer.

“I guess it all depends on what they do there,” Boughman said.

Opinion: LSU transparency would benefit all