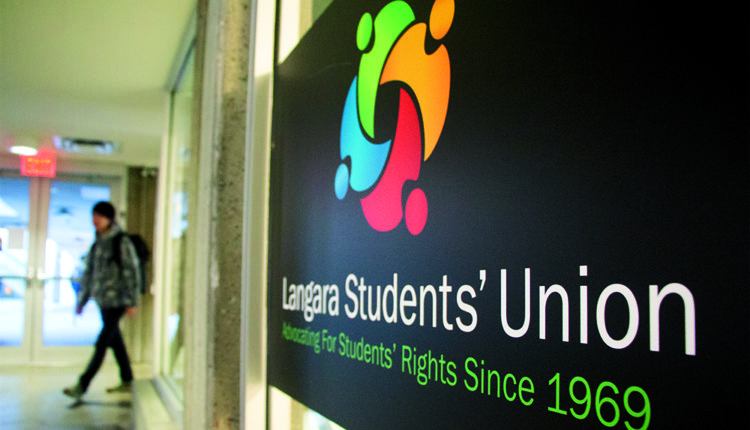 The LSU will be publishing financial records and meeting minutes on its new website by Nov. 28 in accordance with the B.C. Societies Act. Patrick penner photo

The LSU will now be joining B.C. post-secondary institutions in publishing financial records and meeting minutes

Correction Feb. 11, 2019: A previous version of this story stated the Societies Act required student unions to digitize their finances.  In fact, the act only made it necessary for students unions to publish their bylaws online.

The Langara Students’ Union will start to publish financial records and meeting minutes on its new website, following the practice of other student unions in the province.

In an email received by The Voice on Nov.1, the LSU stated these records will be posted “very soon,” alongside the website launch.

The LSU has already complied in publishing their bylaws under the provincial Societies Act, which came into effect in 2016. The act regulates how non-profit institutions operate and has made it mandatory for student unions to digitize their bylaws, all non-profit organizations were given two years to comply.

The updated website went up early November and now includes sections for council meeting minutes and annual financial audits. With the exception of the annual general meeting minutes, these sections are empty apart from the words “coming soon.”

With increased transparency, questions about financial documents can be more easily answered.

According to LSU financial records obtained by The Voice dating back to 2013, executive stipends for the LSU had increased three-fold in the past three years. In 2016, $44,631 was paid to executives, by 2018 that number had reached $122,018.

The LSU’s unnamed media representative said the rise in executive pay was due to increased activity and office hours.

The LSU has long remained an outlier among student unions regarding any release of financial documentation.

Henry Vo, the financial director of the BCIT Student Association, says the student union has a commitment to financial transparency for its members. It has been publishing its financial records since 2005.

“Our position for our financial transparency is paramount. We make sure all of our students, both in council and board members are held accountable,” Vo said.  “Any students who are from our five schools can easily access anything that we discuss.”

Criticism of the LSU’s transparency stems from bylaw changes made in 2012 that restricted students from attending board meetings, reproducing financial records and taking in-camera meeting minutes.

In contrast, Curtis Wittla, financial director of UVic’s student society, says that the union’s finance and operations committee has open attendance and open membership. Students can even vote after attending three meetings in a semester.

“We did have our issues in the past but we put in a lot of steps to make it difficult to not be transparent and difficult to commit fraud of any sort,” Wittla said.