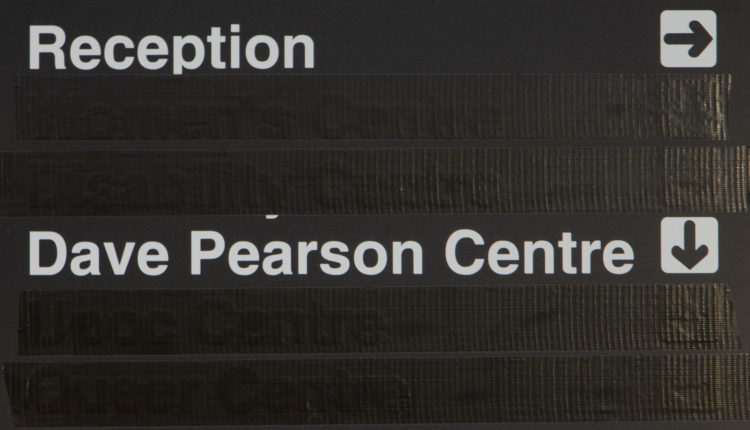 The sign in the Students' Union building points the way to the old location of the Dave Pearson Native Student Centre. Photo by: Nathan Durec

Langara to elect Aboriginal student rep for first time since 2014

Two students running in the Langara Students’ Union election are campaigning for better communication between the Aboriginal community and the LSU.

Danni Beardy and Daniel Kennedy are running for the position of Aboriginal Student Representative, which has been vacant since 2014. Both say the Dave Pearson Native Student Centre, located in the Students’ Union building, was moved without any consultation.

“That’s a main concern for me because we don’t have anyone telling us what’s going on,” Beardy said.

The centre opened in 2009. It was recently moved from upstairs in the Students’ Union building to a smaller room downstairs.

Indigenous student engagement officer Jimmy Aitken said the move was a shock. “There was talk about it being moved and then just next thing, the students realized it was moved.”

In an email the LSU said, “It has been updated and refurbished to provide students of the desired atmosphere and surrounding.”

No consultation without representation

Kennedy thinks communication between the Aboriginal community and the LSU leading up to the move would have helped.

Kennedy thinks the Aboriginal Student Representative should be a liaison.

“That was the spirit of creating that position. That was the intention in the first place.”

“We first need to have someone to speak up for the community before we can build the relationship,” Beardy  said.

Two candidates are better than one

Kennedy enlisted Beardy to run against him to ensure the position would be filled. Last year the lone candidate was defeated in a yes or no vote.

The Dave Pearson Native Student Centre is now located in room S-006 of the Students’ Union building. It can only be unlocked by the LSU.

Canine caregiving course to be offered on campus