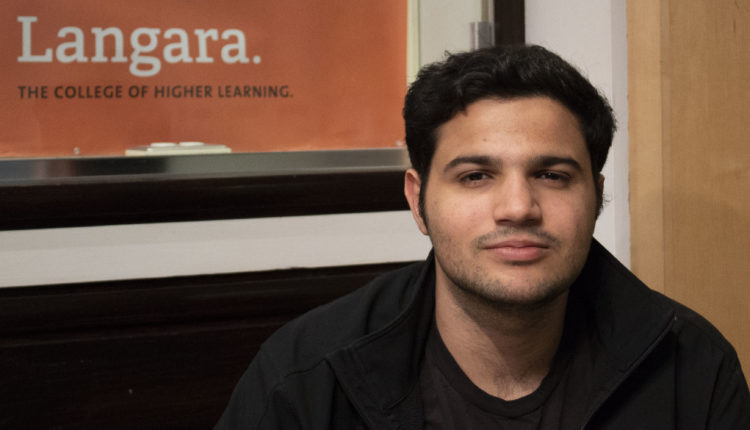 Henrik Braga, an international student from Brazil, said he understands the need for tuition increase but still has concerns. Ryan Ng Photo

A tuition fee increase for international students at Langara College has alarmed students like Henrik Braga.

Braga, a third-year business student, thinks the price hike is reasonable but is also worried because his parents, back home in his native Brazil, are helping him pay for tuition. He is concerned because the Brazilian currency is devaluing.

“I feel bad for them,” Braga said. “They’re investing a lot of money.”

Braga, who moved here in 2014, said that he understands the college needs to charge more money if they want new facilities and developments.

“I still don’t like it,” Braga said. “I wish it would be more stagnant.”

Tanysha Klassen, chairperson of the B.C. Federation of Students, said that the tuition cost for international students is “absurd” as they pay three to six times more than domestic students. Klassen said there is not enough notice for the increase, making it hard for students to prepare.

Jatinder Singh, who is from India and studying computer studies at Langara, says he already has financial burdens. An increase will cause even more stress.

Both Singh and Braga have concerns about the 20 hours per week work restriction during school terms set upon international students.

“If you work only 20 hours and you’re living in Vancouver and paying all your expenses by yourself, it’s tough,” Singh said.

“You have to abide by the rules they set,” Braga said. “But, at the same time, I wish they would have been more flexible.”

According to minutes from the board, grandfathering current students at their existing rates was considered. But the board opted not to do that because the present student information system “will not support that.”