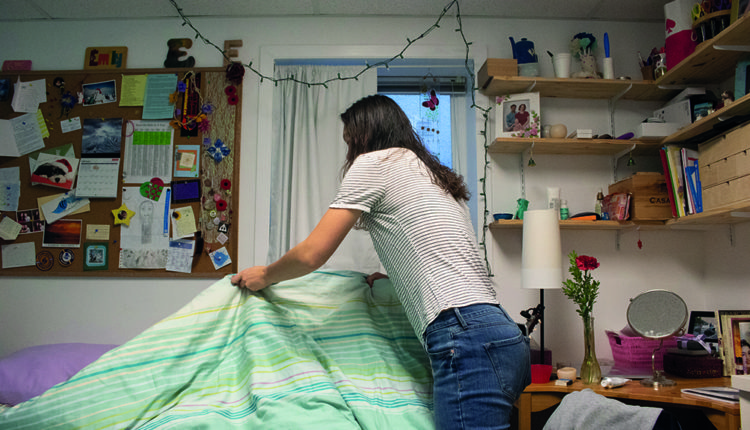 Decluttering your workspaces can lead to an organized mind

Marie Kondo’s new Netflix show could inspire students to declutter their workspaces—as her philosophy dictates: a clear workspace can lead to greater happiness and more productivity.

Her popular Netflix show, Tidying Up with Marie Kondo, follows Kondo helping different families organize their homes to “spark joy” in their lives.

In a recent interview with CNBC’s Make It, Kondo said when your workspace is organized, it will result in increased efficiency because your use of time becomes more productive.

Emily Chow, a Langara student studying sociology, said that having a clean and organized room helps her to study better, but that schoolwork can take up most of a student’s time and energy.

“Students aren’t going to be as interested in cleaning up the room just because they can’t deal,” Chow said. “They have to only focus on their studies.”

Tidying calms and also lifts her mood. She is very interested in using some of Kondo’s methods, but recognizes that the thought of cleaning for some students can be stressful.

Elinor Warkentin, a professional organizer based in Vancouver, said the interest in decluttering has grown a lot and Kondo is one reason for this growth.

One of the things she has noticed is digital clutter.

“Students may find it a challenge to organize their emails in their inbox, folders, documents and they might not understand the principles of filing,” Warkentin said.

This could be more of a problem for students since most of their work is now normally done with computers as well as social media, she said.

Sara McIntyre, an instructor in the film arts department at Langara, said it’s best for students to label files and get rid of things you don’t need.

“I think it’s nice to be attentive to what we have in our life, and I do believe that if you’ve got a lot of clutter, it does bog you down mentally and emotionally,” McIntyre said.