South Vancouver residents up in arms against recycling bin disappearances

A group of South Vancouver residents is frustrated by the mysterious disappearance of their recycling bins.

Residents have witnessed an increase in bin thefts over the last few years.

To combat this aggravating nuisance, they are trying to ward off would-be thieves by patrolling the neighbourhood and marking their bins.

Diane Berard, a Victoria-Fraserview resident, has noticed an increase in thefts over the last three years.

After having her recycling bin stolen and her garbage can tipped out in her laneway, Berard now puts the recycling bins in her garage.

“There’s always people looking around on garbage day, so I put the address on the yellow bag, and nobody’s taken it since.”

Some try to find out what’s happening

Patrick Oliver has become so frustrated he has taken it upon himself to walk around the neighbourhood at 4 a.m. a few times a week as a visible deterrent.

“The only thing I can do is be present. If I do catch someone, I can only tell them to get away,” said Oliver, a 13-year resident of Fraserview near Kent and Victoria, who is also actively reaching out to neighbours to start a block watch. “If you have more than two people it’s safer, right.”

The organization has handled curbside recycling in Vancouver since 2014 and offers residents one free replacement bin for every three-year period.

David Lefebvre of RecycleBC “appreciates that it’s frustrating” for residents, and said that if more than one replacement is needed during this period, residents are “only charged the cost of the bin and delivery fee,” which ranges from $5 to $13.

RecycleBC did not answer questions on how many recycling bins have gone missing.

Marnee Klintworth, a resident who has lived near Memorial Park South for over 20 years, said her recycling bins were stolen just six months after they were installed.

Since marking their bags and boxes, however, Klintworth hasn’t had her bins stolen again.

“First, I started marking with a felt pen, but slowly over time [the writing] got bigger and bigger. But it was like, why am I having to mark this stuff? It’s just ridiculous. They’re easy to get, and they’ll get delivered to your house.”

Lefebvre said that RecycleBC’s work is to reduce barriers to allow residents to recycle more.

Residents don’t have to use a RecycleBC container, but they should be a similar size to the original blue and grey bins.

To request a new bin, they can call 311 or can use the RecycleBC mobile app. 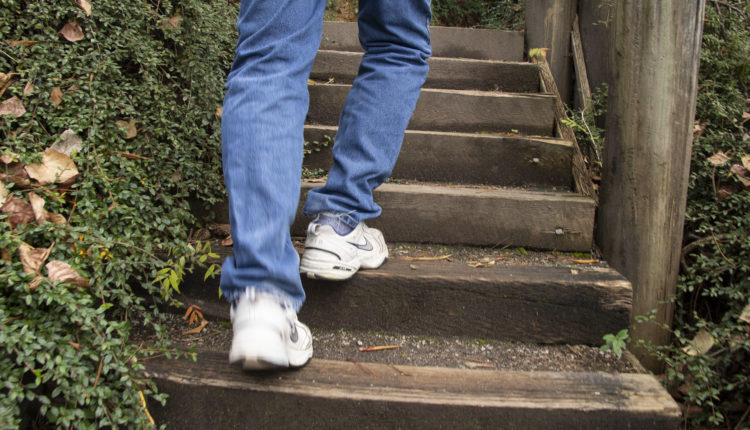 Patrick Oliver climbs these steps each morning on his early morning walks to warn would-be thieves of his presence. (Charlie Carey/Photo) 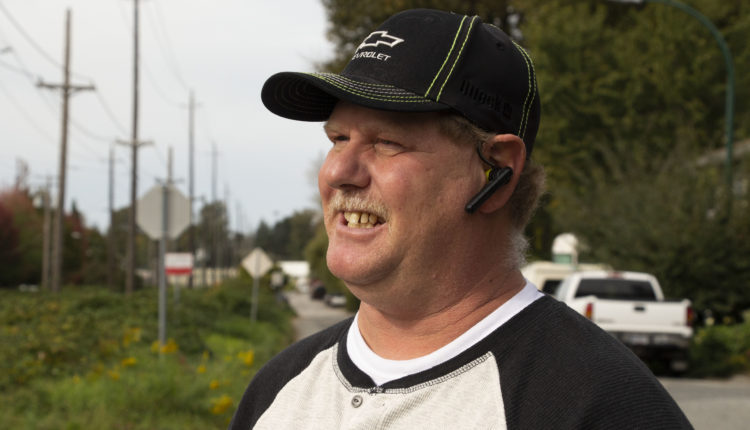 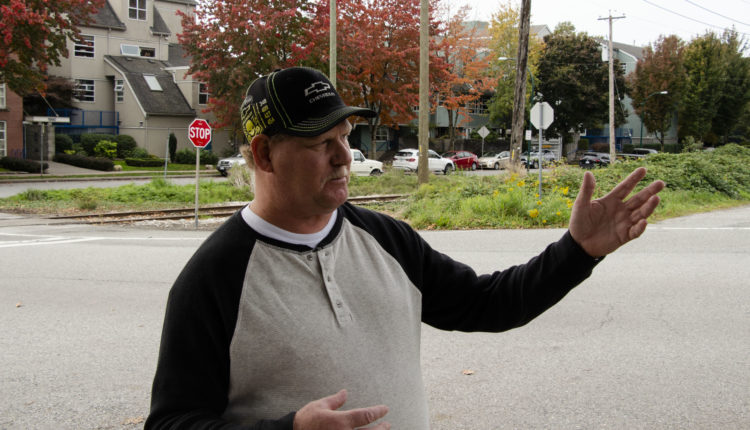 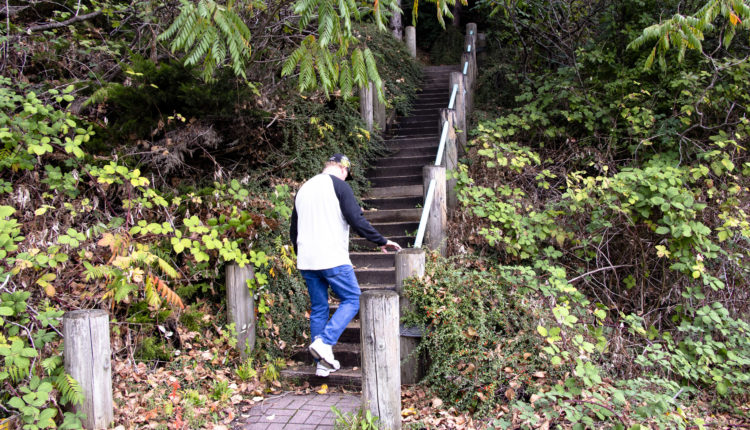 Patrick Oliver showing the path that he takes on early morning walks to warn would be thieves of his presence. (Charlie Carey/Photo) 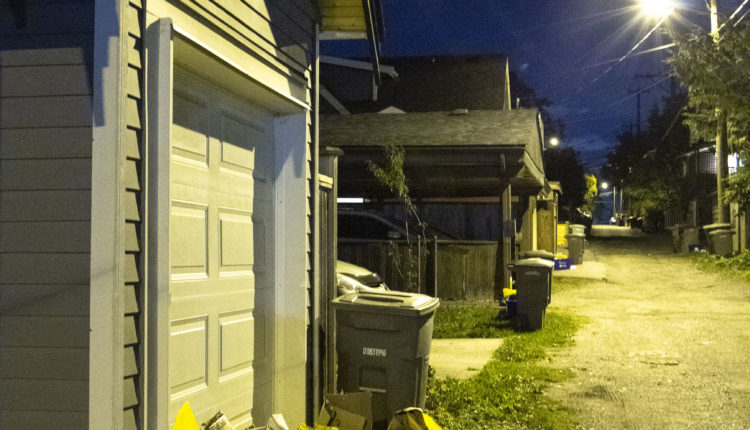 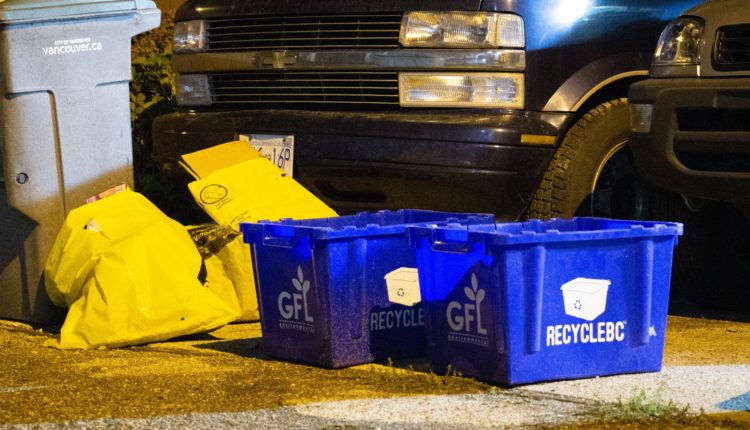