Vancouverites are in favour of the French language, according to statistics

Dalila Gonzales, a retired businesswoman who immigrated from Peru 40 years ago, said that although she learned French while living in Montreal, she appreciates the opportunity to continue speaking French in Vancouver.

Gonzales last week attended the Rendez-Vous Apéro, a French cocktail hour put on by the Alliance Française de Vancouver, where she can practise in the largely Anglophone city.

The Alliance Française de Vancouver is a private teaching and cultural centre which was founded in 1904. The establishment promotes the French language by teaching and hosting events where adults and young students may come and learn.

“I am so fortunate to see such events in Vancouver where I can practise my French,” said Gonzales, adding that being fluent in both Canadian national languages helps unify Canada.

Friday, Oct. 25, was the first social gathering of the school year called Rendez-Vous Apéro: Celtic. Eloise Loriot, the event coordinator of the centre, said that this particular evening is always successful and sees a bright future for the students who attend.

“Members come from all over Vancouver, sometimes with their families, to meet and talk with friends in French, and to enjoy French food,” Loriot said.

Attendance at the South Vancouver French language learning centre is on the rise and so is Francophone influence in Vancouver.

Canadians understanding the importance of their official languages, English and French, is becoming more popular. In a 2016 survey, French immersion enrolment in schools increased 30 per cent over the previous 10 years and those who speak French a home in B.C. increased 21 per cent over the prior decade. The Alliance Française de Vancouver has seen their own increases as well.

“We have observed an increase of French learners of 35 per cent in the last five years in all age groups in our institution,” said Loriot, who added that their students include federal government workers and children who would like to work within the federal administration in the future.

Another participant, Eric Lebrun, a Belgian chemical engineer who has been living in Vancouver for 30 years, also praised the unity of Canada by the knowledge of French and English languages.

“Knowing French and English reinforces the unity of not only the country but the community as well,” Lebrun said. 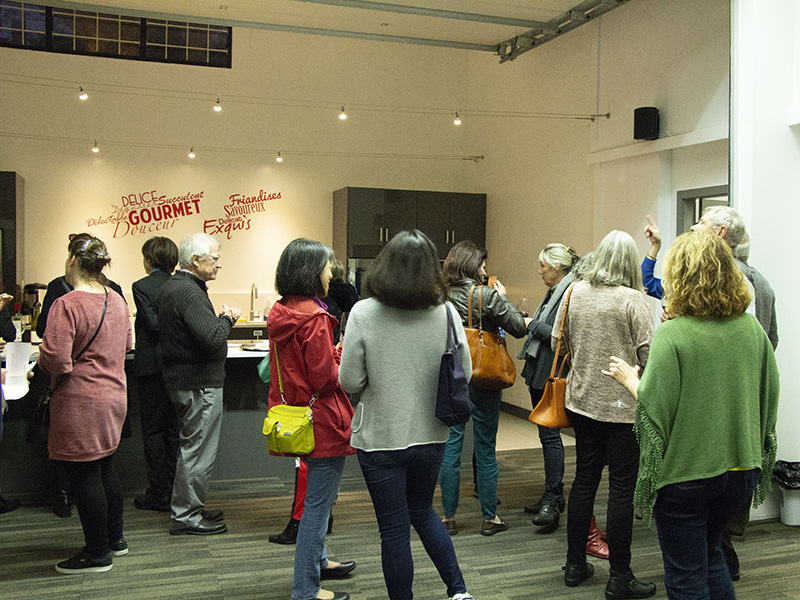