A report released by StatCan says high literacy skills in women at age 15 can result in a higher income in the future.

Young women with higher levels of reading proficiency at the age of 15 earn more than those with lower levels — mainly because they acquire more educational credentials, leading to higher earnings.

This study used data from another StatCan study Programme for International Student Assessment/Youth in Transition Survey (PISA/YITS) released in 2000, found that that high scores in the PISA test in both men and woman accounted for higher earnings.

Higher income can be attributed to better education

“Education explains much of the gap in earnings between high-skill and low-skill woman.”
Sandra Enns, a sociology professor at Langara College, believes that factors other than education also account for the wage gap difference between the sexes.

“Men and women go in completely different fields and those fields are paid differently.”

The study does note that higher literacy proficiency levels at the age 15 does make a significant
impact later in life. “Canadian students with higher literacy skills at age 15 are often more likely
to complete high school by age 21 and pursue postsecondary education than their peers with lower literacy skills,” the authors said.

Gibson added that the study continues to help us try and understand the wage gap.

“This study helps to shed light on the complex roll of skills and education in outcomes such as earnings,” Gibson said. “There may be other factors not measured in this study such as skills acquired later in life.” 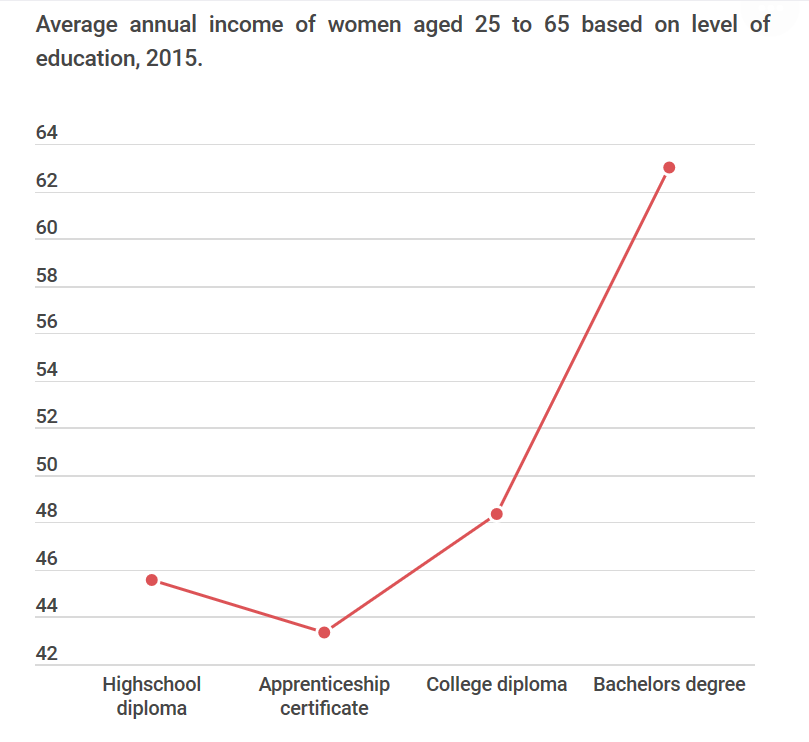 Power Soccer hopes to go to the Paralympics