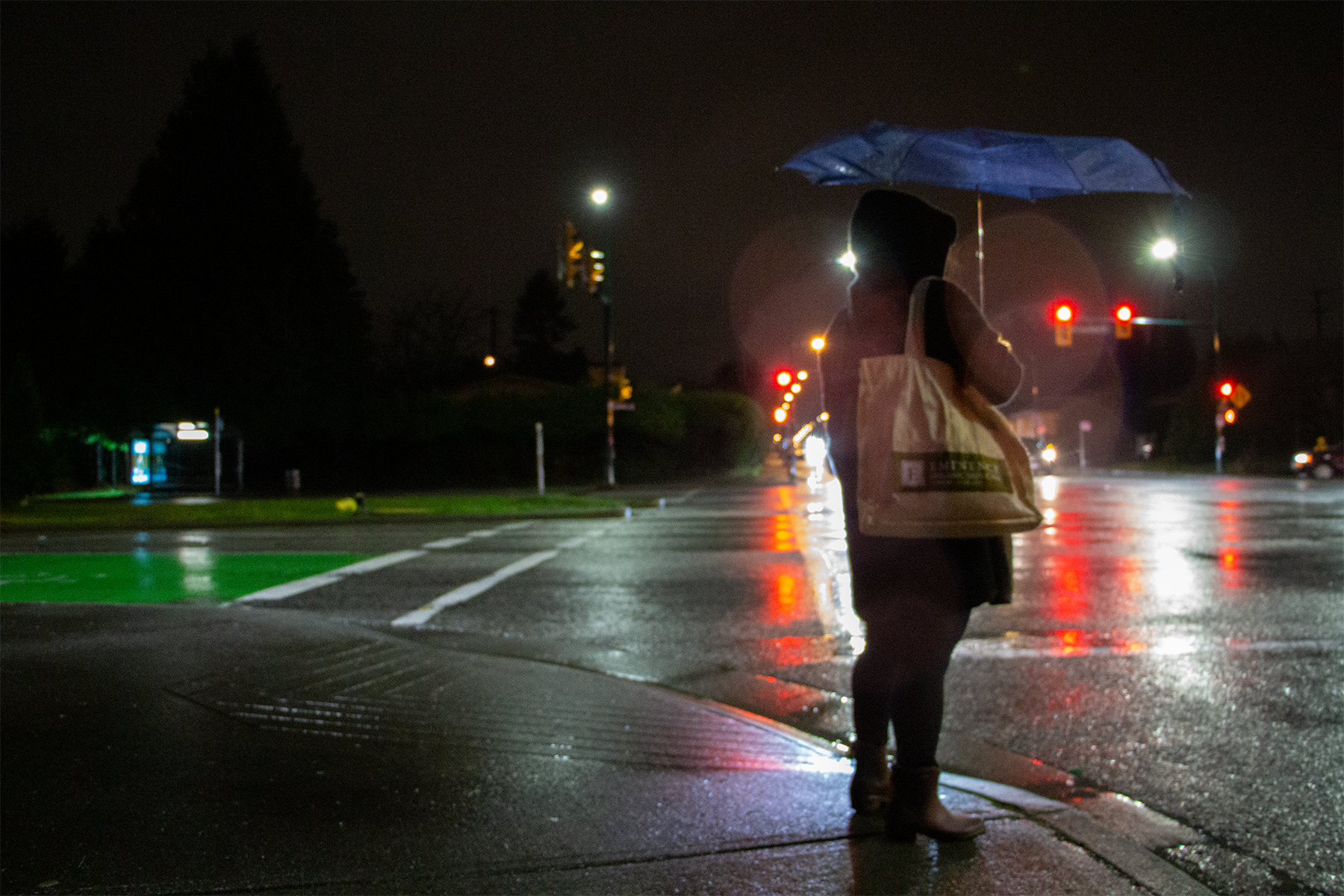 Over 10,000 properties in B.C. are under an evacuation order or alert because of the excessive rainfall flooding homes. Photo: Jen Shannon

When floodwater started flowing into his living room, Alex Bellavance lost his toys, couch and home.

His landlord suggested using towels to deal with the rising waters.

“I was like, ‘this is not a towel job. It’s coming quite fast and it’s coming above our toes now,’” he said. “The landlord showed up with a water vacuum. They were trying to suck out water and it kept coming, and you know, they’re just emptying this water vacuum over and over.”

Bellavance’s home in Surrey flooded on Nov. 14, the first day of the storms that have been drenching B.C. over the past two weeks. The third consecutive storm started today.

Bellavance, his partner and their two kids ended up moving into their landlord’s spare condo until the water could be dealt with. He’s been staying there for two weeks.

This isn’t the first time Bellavance has had to deal with flooding. He moved out of his last home after a pipe burst.

“It all flooded from under the carpet, and it moulded. We were super concerned about mould again, but at least this time action was taken faster,” Bellavance said.

Bellavance is also thankful he was able to move houses so quickly. “Everyone else flooded right after us, [so] I assume everyone else was looking for places to stay,” he said.

Over 10,000 properties in B.C. are under an evacuation order or alert because of the storms. A combination of snowmelt and heavy rain over the next 48 hours is expected to cause more damage to already hard-hit areas.

Kevin Pickering who works for Flood Fix 911, a company based in Kitsilano that removes water from homes after a flood, has been swamped with customers.

“We’ve never had business like this. We can’t get to all the people that are having problems,” Pickering said.

They’ve taken over 100 customers in the past few weeks. Pickering has even turned away customers because their flooding was too severe.

“You can’t even put equipment in yet because they’re so flooded. There’s just such a buildup of water there that isn’t going away,” he said.

Pastor Victor Dias lives in a townhouse in Burnaby. On Nov. 15, all six basement units in his townhouse started to fill with water.

“I took about 25–30 buckets of water out of my basement,” Dias said. “I woke up with some pretty sore muscles the next day.”

Despite his efforts, the water in Dias’s basement didn’t go down until the rain stopped. He anticipates more flooding today during the storm.

“We’ll probably have to get a pump to try to get the water out,” Dias said.

The rainfall alerts for Metro Vancouver Central including, Burnaby and New Westminster, is up to 60 mm.

Check out this interview with Alex Bellavance on the flooding of his home.

The gift of experience can’t fit in a box