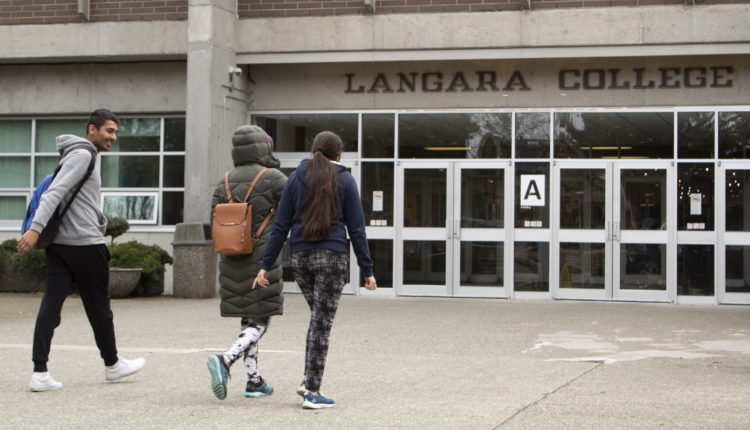 Career Week at Langara now scheduled in the Fall, due to size limiting of all Vancouver social gatherings

Job fairs and co-op career workshops at Langara College and other post-secondary institutions are being cancelled due to the global pandemic. The head of the college’s co-op and career centre says students should not miss out on future opportunities.

Heather Workman, the Co-op and Career Development Centre Chair, said it is a tough time right now for students who had been planning the next stage of their careers after graduation.

“Everybody understands because absolutely everything is being either cancelled or postponed right now,” Workman said.

Co-op & Career Week, an annual event designed to give students the chance to network and meet employers, was scheduled March 16 to 19 but postponed until next fall.

Though some employers are still hiring, Workman said, others are still trying to figure out “what are the next steps.”

For Clinton Kam, a second-year accounting student, the postponement isn’t too big a deal. Though he would have attended Career Week for the networking opportunities had it taken place, he has already been hired by an online recruiter.

Kam said he would like to see more online recruitment opportunities through the school.

It has become very common for employers to use online platforms for recruitment, such as LinkedIn, the most-used channel for recruitment after Facebook, according to Jobvite’s 2018 Recruiter Nation Survey.

The postponement has not stopped employers from wanting to attend the next Career Fair, scheduled Nov. 16-19.

“The lineup looks pretty similar to what it was going to be in March,” he said. “Lots of employers still want to come and participate. Employers love coming on campus and talking to students.”

Workman said that normally, a career fair is a “risk-free environment” where students can ask questions and learn from experts and employers.

“It’s a chance for employers to get to know our students and to see what quality students we have,” she said.

In the meantime, she added, “We’re all in this together.”