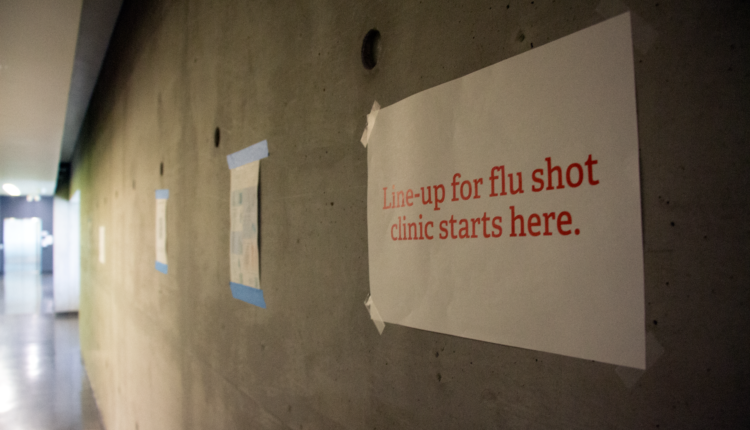 Dr. Bonnie Henry is encouraging all adults to get the influenza vaccine due to low immunity during the COVID-19 pandemic

This story has been updated to include Langara College’s official illness policy and an instructor’s personal policy on grades and the flu.

Young adults are the least likely to be vaccinated against influenza, according to Statistics Canada and health experts are urging them to get the jab as they predict a severe flu season.

Experts are concerned about this year’s flu season, saying the population’s immunity will be low after 18 months of social distancing and strict hygiene practices.

“This year, it’s especially important for people to get vaccinated against influenza,” said Dr. Bonnie Henry, provincial health officer, in a statement on B.C.’s government website. “Last year’s low influenza rates means our immunity against influenza is lower than usual.”

An August preprint study funded by the Centers for Disease Control and Prevention predicted large influenza numbers in 2021 that could lead to an increase in hospitalizations — a concern for B.C. hospitals dealing with COVID-19 cases.

A U.S. study supported by the CDC found flu vaccines can prevent hospitalization.

Shea Rennie, a third-year Langara nursing student, who helped run the clinics, said these past 18 months have placed an unprecedented strain on the healthcare system.

“Getting this flu shot is one way to minimize putting extra weight on this already very burdened system,” she said.

Langara’s Health Services said the initial two-day turnout at its clinics was roughly the same as previous years. It did not supply numbers for the second two days by The Voice’s deadline.

According to Stats Canada, adults aged 18 to 34 have the lowest percentage of flu vaccinations.

In a survey published by the Canadian government in 2020, the most common reason adults gave for not getting the flu shot was that they were healthy or had never had the flu.

Alex Vardy, a third-year nursing student at Langara who also helped organize the clinics, said the flu might seem benign — but it’s not.

“Even though many people do get [the flu], and it’s likely that a lot of people have gotten sick by the influenza, it doesn’t mean that everyone will be okay afterwards,” he said.

Students chatting about their views on flu shots

Grades and the flu

The college’s website states that students must attend all classes and are responsible for class work or assignments missed due to illness. A medical certificate may be required for repeated absences.

Alexander Boston, chair of the Langara philosophy department, said instructors may determine their own attendance and grading policies for students who need to stay home sick with the flu or COVID-19.