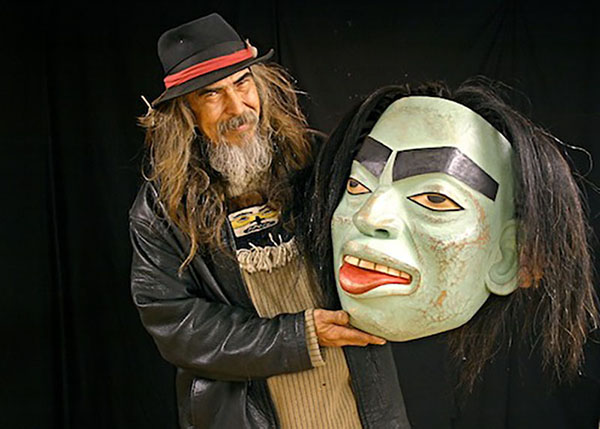 Before his death, Dick’s art was to be featured in documenta 14, which Scott Watson, director of the Morris and Helen Belkin Art Gallery at UBC, said was “like the Olympics of the art world.” The carved masks would have been worn by 30 dancers in a traditional Kwakwaka’wakw dance at the Acropolis in Athens.

Dick was also politically active, and participated in the shaming ceremony at Parliament Hill in 2013 that brought to attention the strained relationship between First Nations and the federal government.

Peter Lattimer, owner of Lattimer Gallery, has known Beau since he was 10 years old. Just yesterday Lattimer received one of Dick’s masks to sell on consignment.

“He was able to capture expressions on faces, whether it was portrait masks or animal masks, that really nobody else is able to do,” he said.

Was a good human being

Jill Baird, Curator of Education and Public Programs at the UBC Museum of Anthropology, said Dick was an important figure in the arts community and “a fantastic human being.”

“He was both an artist and a chief in his cultural traditions, but he was also an activist in trying to make a change in the world for indigenous people,” she said. “He was always offering a hug and a smile, willing to share his knowledge.”

Carey Newman said that although some put his cousin on a pedestal, Dick was good at making people feel at ease. Newman recalled the first time he danced at a potlatch.

“I was nervous and scared and vulnerable, and his words and his kindness made me feel completely at ease, and helped me to slip into the character of the dance I was doing, to really be present at the ceremony. He had a lot of magic,” he said.