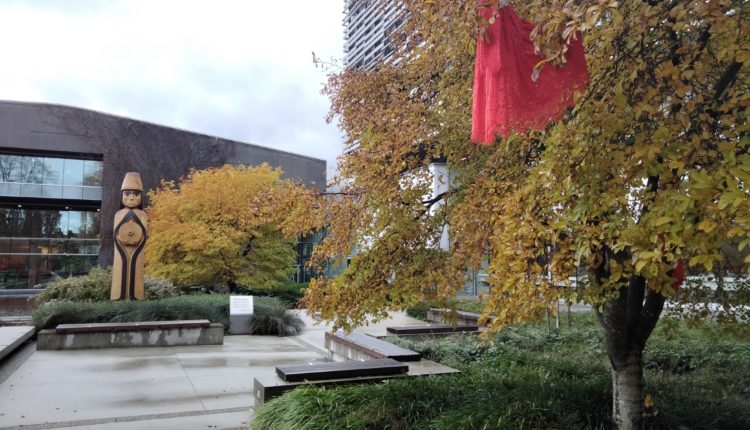 Indigenous artwork can be an effective avenue of education

The first Indigenous chancellor of the University of Victoria says Indigenous art can have a key role in promoting indigenization and decolonization at schools like Langara.

Marion Buller, the first Indigenous woman promoted as a provincial judge in B.C. and the chief commissioner of the National Inquiry into Missing and Murdered Indigenous Women and Girls, says the recent red dress exhibit seen around the campus can be both shocking and moving.

Buller was appointed as UVic chancellor Nov. 5. She said that while it is an honour for her to be appointed chancellor, she is joining two other Indigenous university chancellors in B.C.: Steven Point at UBC and Judith Sayers at Vancouver Island University.

She said her focus will be building the relationship between Indigenous and non-Indigenous communities, both within campus and throughout southern Vancouver Island.

Buller said she will be looking at decolonization with the university. “Where can we decolonize? How can we indigenize curricula in addition to relationship building?”

Shandin Pete, an Indigenous hydrogeologist and science educator with UBC’s department of earth, ocean and atmospheric sciences, said one of the biggest challenges facing Indigenous people within post-secondary institutions is feeling outnumbered.

“I’m a part of just a very small cohort of Indigenous scholars,” he said.

Pete said post-secondary institutions can better represent and connect with Indigenous cultures and people. “It doesn’t take much to open a book and read about your neighbours and … understand the norms of a community.”

The recent red dress exhibit at Langara campus was part of the REDress project created by artist Jaime Black. Similar exhibits were seen across Canada and the U.S., beginning in 2010. According to Black’s website, the project consists of red dresses hanging to commemorate the loss of more than 1,000 Indigenous women as a result of “the gendered and racialized nature of violent crimes against Aboriginal women.”

Paisley Samoil, a first-year fine arts student at Langara, noticed the impact of the month-long red dress exhibit on campus.

“It drew my attention. I knew what it was about, too, so I thought it was a good representation or a good thing to think about,” Samoil said.

Shandin Pete discusses art as a means of confronting grief.