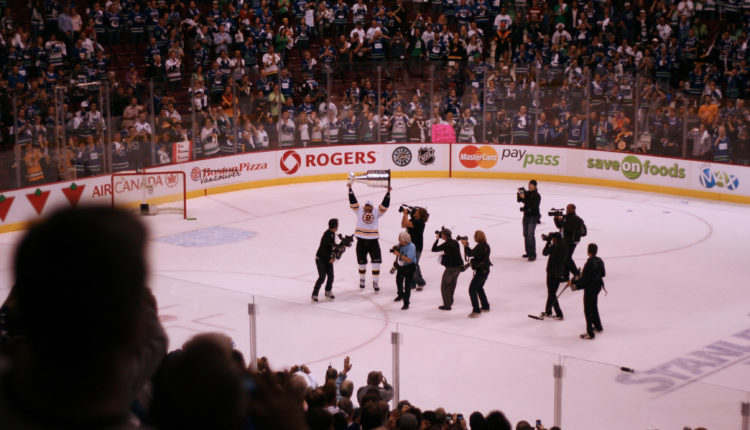 50 seasons and still no Stanley Cup in sight

Despite promises of a better season, the Vancouver Canucks have once again come up short in their performances.

Canucks fans are heating up as their team’s performance is cooling down.

The Vancouver Canucks have lost nine out of the last 11 games they’ve played. They suffered a 7–1 blowout against the Colorado Avalanche and a close 1–0 loss against the Chicago Blackhawks. Their most recent victory being a 2–1 win against the Montreal Canadiens.

Josh Lewis, a season ticket holder, is disappointed with the Canucks’ performance this season.

“As fans of a team, you always hope for the best. And when things go bad, you become extremely critical,” Lewis said. “We have an emotional attachment to the success of a team.”

Noah Denommee-Robert, a hospitality supervisor at Rogers Arena, has seen fans getting increasingly angry at the Canucks management team.

“I could hear tons of fans chanting like, ‘fire the general manager’ or ‘fire the head coach’. And it was getting loud,” Denommee-Robert said. He’s been a Canucks fan since 2015, and said he’s never seen fans get this agitated, even when the team suffered poor performances in the past.

Georald, a Canucks fan since 1977 who didn’t give his last name, said he blames the owners, not the management, for the team’s losing streak.

“The owners are control freaks,” he said. “The Aquilinis don’t let Jim Benning do what he needs to do.”

The Aquilini Investment Group has owned the Vancouver Canucks and Rogers Arena since 2006. They acquired a 50 per cent share in 2004 and bought the other 50 per cent two years later.

Denommee-Robert is also putting the blame on the owners. “They’re super passionate, don’t get me wrong,” he said. “But it’s become pretty evident that they’re pretty hands-on in their approach to the team, and they don’t necessarily let the management do what they think is best.”

Marcia Cadorath, a long-time Jets fan, is impressed with how the Canucks are performing.

“The Canucks have beat [the Jets], so it’s very disappointing … I feel the Canucks have a good team this year, and I don’t say that easily,” she said.

Cadorath has tickets for the Canucks vs. Jets game on Dec. 10 and is hoping for a Jets win.

Despite the Canucks’ performance this season, fans aren’t ready to jump ship just yet.

Lewis said he has the best seats in the house and would go through a decade of awful teams to keep his tickets. “We’re literally eight feet above the Hockey Night in Canada cameras. So the angle is everything that you remember from watching hockey as a kid.”

Denommee-Robert said it would feel wrong to switch his allegiance at this point. “I can hate how the team is doing now, but I could never jump ship,” he said. “I’m just going to enjoy whatever’s going on here.”

Vancouver businesses expect to be short on Christmas trees this year