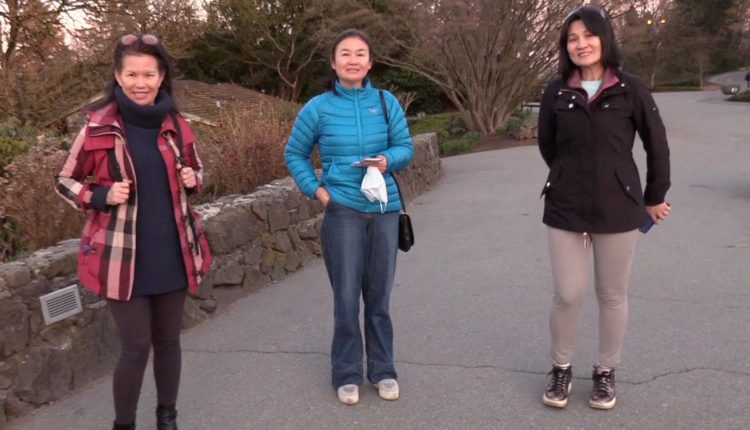 The group has worked to help community members since early February

Metro Vancouverites — showing foresight and pluck — organized volunteer groups through WeChat to help their neighbours through a time of widespread self-isolation and anxiety, according to group members.

Vancouver’s WeChat group was formed on Feb. 3 by members of the Chinese community who watched with alarm as COVID-19 spread through the city of Wuhan in China. Since then, the group has expanded to seven large volunteer groups that serve communities across Metro Vancouver.

The groups at first did airport pickups, taking incoming travellers home for self-isolation. They also helped international students returning to Vancouver find temporary solitary housing. Now they are primarily involved in delivering groceries to those isolating.

“If they stay home, they will need help,” she said. “So we made the group, and helped them to buy food.”

Zhu said the group formed as the community knew people from China were travelling to B.C. for Chinese New Year. They understood they had to do something to stop the spread of the disease to Canada.

“At the exact time Canada says everything is okay, we know danger is coming,” Zhu said.

Ping Li, an active volunteer and organizer for the WeChat group, said when the group began arranging airport pickups, they outfitted the cars with plastic sheeting to separate passengers from the driver, a design engineered by another group member. Li said this way, volunteers could pick up people from the airport without having to worry about virus transmission.

Li said group members realized it would be important to also help international students who have returned from abroad find temporary housing outside of their homestay arrangement so they could self-isolate.

However, with travel restrictions now in place, Li said the group primarily helps with delivering food and providing emotional support for their neighbours. Groceries are left on the porch and paid for with e-Transfer to eliminate the need for contact between parties.

“I try to take care of my neighbourhood, a couple blocks,” said Li, who lives in East Vancouver. “We try and focus each volunteer to helping their neighbours. Mostly the elderly people.”

Li said the Vancouver group has helped 173 families since the beginning of February. She said she wants to emphasize the importance of social isolation, and the equal importance of taking care of each other.

“I think by helping them, it’s the same as helping family,” Li said.

Another volunteer, Eileen Zhang, said she is currently helping a 72-year-old woman who is on her own, in self-isolation after returning to Canada.

“I realized that she was staying at her house without anything to do, and without any family support,” Zhang said. “So I talked to her and encouraged her that we are together.”

Zhang said she has realized buying groceries and food is one thing, but anxiety is just as important to alleviate.

“A strong mind is very important,” she said. “I hope this is a wake-up to society to encourage more people to volunteer.”

Note to readers: With the college having moved to remote instruction during the COVID-19 pandemic, The Voice has had limited access to its usual software and equipment. As such, our usual branded formatting may appear different than usual. Please be assured, however, we are committed to the same quality and high standards of journalism.

Panic buyers should rethink over their shopping list, experts say