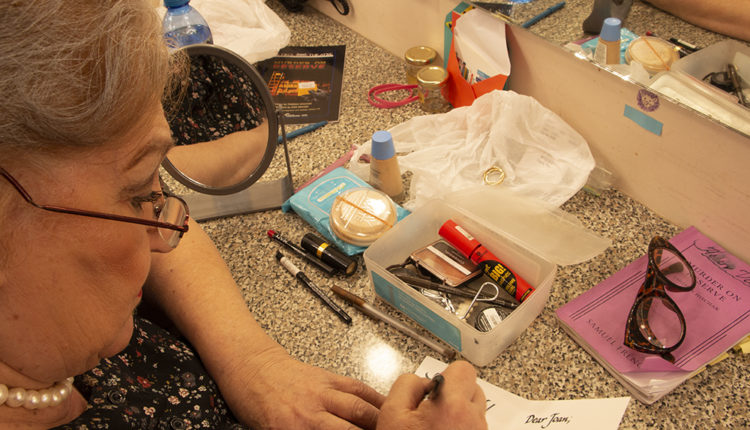 Hard work and dedication pays off

Metro Theatre management credits the dedication of its volunteers as the key to the theatre’s continuous success.

The non-profit co-op theatre on Marine Drive has completed its 514th show, Murder on Reserve.

Over 56 continuous seasons and 1.2 million hours put in by volunteers, the theatre continues to contradict criticism involving the lack of culture in the City of Vancouver. The theatre has come close to shutting its doors several times over the past five decades. With grants from the BC Culture Fund that stopped in 1977, the theatre relies on angel investors, donations, renting out its space and majorly on the hard work of volunteers to keep productions going.

Volunteers like Joan Glossop and her husband, who has been with the theatre for 20 years, says she is involved because it’s important to keep the culture of theatre alive. Glossop runs the concession stand while her husband acts and directs.

“We believe that community theatre is very important and we know it’s not self-sustaining, without volunteers there would be no live theatre,” she said.

Leslie Thompson, lights and sound director the production, says there aren’t a lot of paying jobs people love. “There is no money in community theatre, it’s a labour of love.”

Set designer and a member of management Tracy-Lynn Chernaske says 90 per cent of the theatre is run on volunteer work. “We would not be here without our volunteers.”