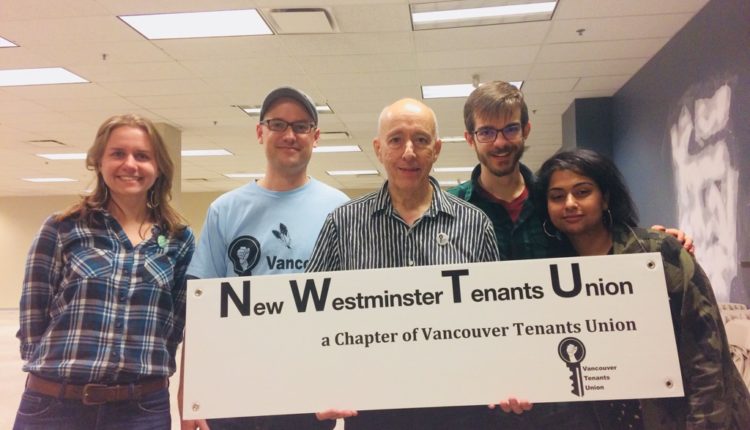 Vancouver Tenants Union expands to include chapter in New Westminster

The new group will cater to specific needs in the community

New Westminster renters will now have a chance to advocate for their rights as tenants, with the
Vancouver Tenants Union expanding to include a chapter in the small municipality.

One organizer of the new tenants union said the new group wants to cater to specific needs in the
community. Although the Vancouver monthly meetings in the Downtown Eastside have been
open to everyone, it’s a long commute for renters in New West.

“A lot of [the tenants] are older, a lot of them have disabilities, they’re on pensions, and that
kinda stuff. So they’re not super-mobile,” said David Hendry, who lives in New West and has
been involved in the Vancouver chapter for a year.

VTU looking to expand further in the future

Although New West is the first chapter of the tenants union outside of Vancouver, Hendry said
the group is looking to expand further in the future.

In New Westminster, several rallies outside of older buildings and information sessions from the
Vancouver tenants union have taken place in the past year. Renovictions, which is when landlords
evict their tenants to do large-scale renovations and then hike up rents, has been one of the
predominant housing problems in the city.

Many renters have experienced the phenomenon.

“I was very happy living where I was living, but new owners bought my building and issued a
notice to all tenants that they would be renovating the new suites,” said Meryl Heppner, who was
renovicted from her New West apartment in 2016. “I wasn’t able to pay the new rent price as it
was double what I was paying before.”

Heppner thinks a tenants union might help people like her, who were put in a tight spot without
many resources or information.

The Vancouver union was formed in April 2017. It aims to educate tenants about their rights, and
advocate for them when possible. This chapter in New West, where renters are 44 per cent of the
population, is their first outside of Vancouver.

With the municipal election coming to a close on Oct. 20, housing affordability has been a hot topic among council and residents. Jonathan Coté and his team said that affordable housing is one of their priorities in council, but recognize that cities only have so much power.

Coun. Mary Trentadue is hopeful that the new council can work well together to figure out what
else can be done about housing affordability.

“We are investigating some ways in which to apply some sort of slowdown [for renovictions],” she said. “We’re doing some investigation into how far can we push it as a city council.”

Langara Falcons keep it in the family with father son duo