Reporting and photos by Liam Hill-Allan

Hundreds of people gathered at a somber vigil Sunday at the Vancouver Art Gallery to show solidarity with the victims of New Zealand’s recent terrorist attack, and members of the Muslim community. 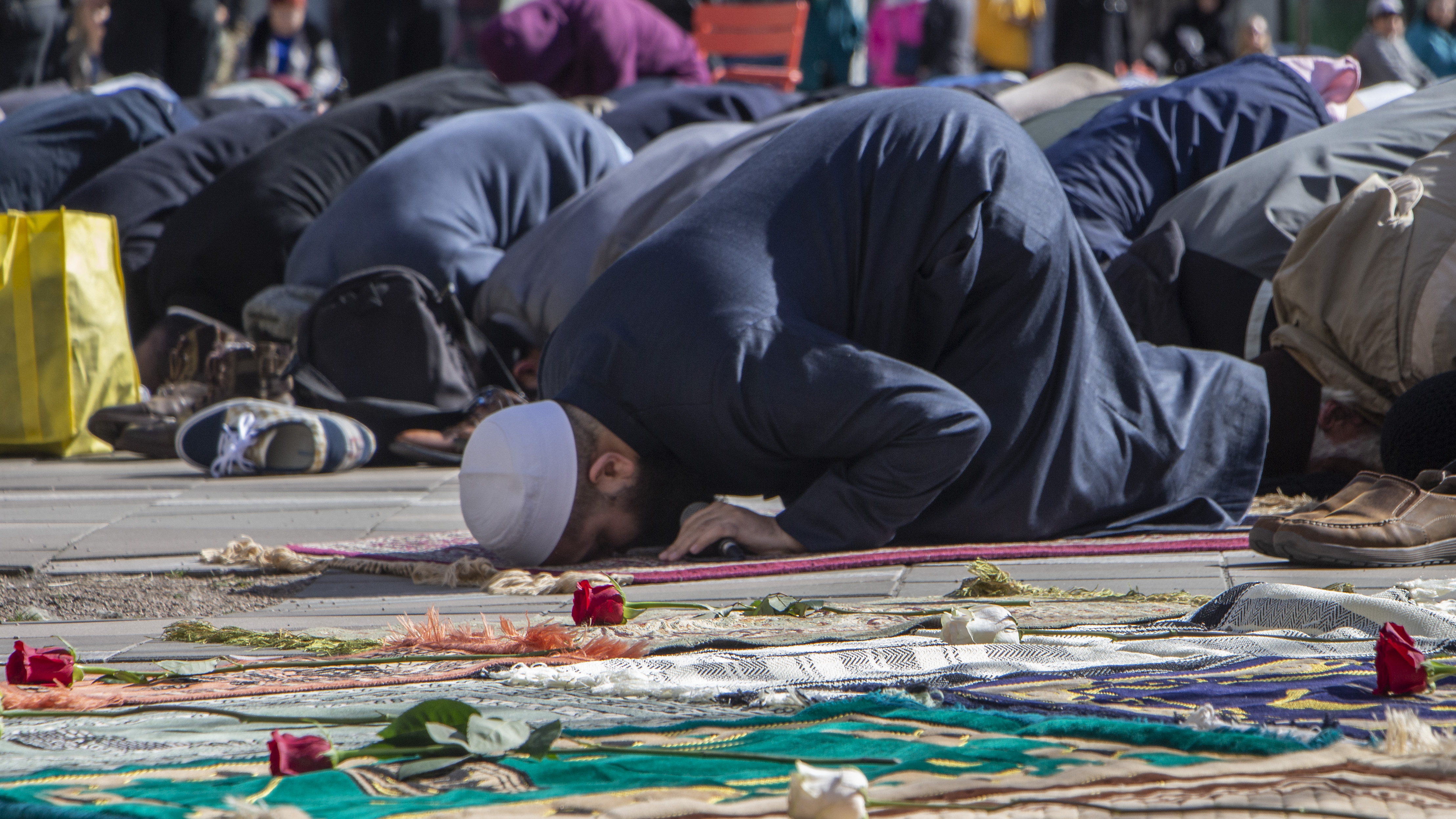 A man kneels in prayer outside of the Vancouver Art Gallery on Sunday, March 13 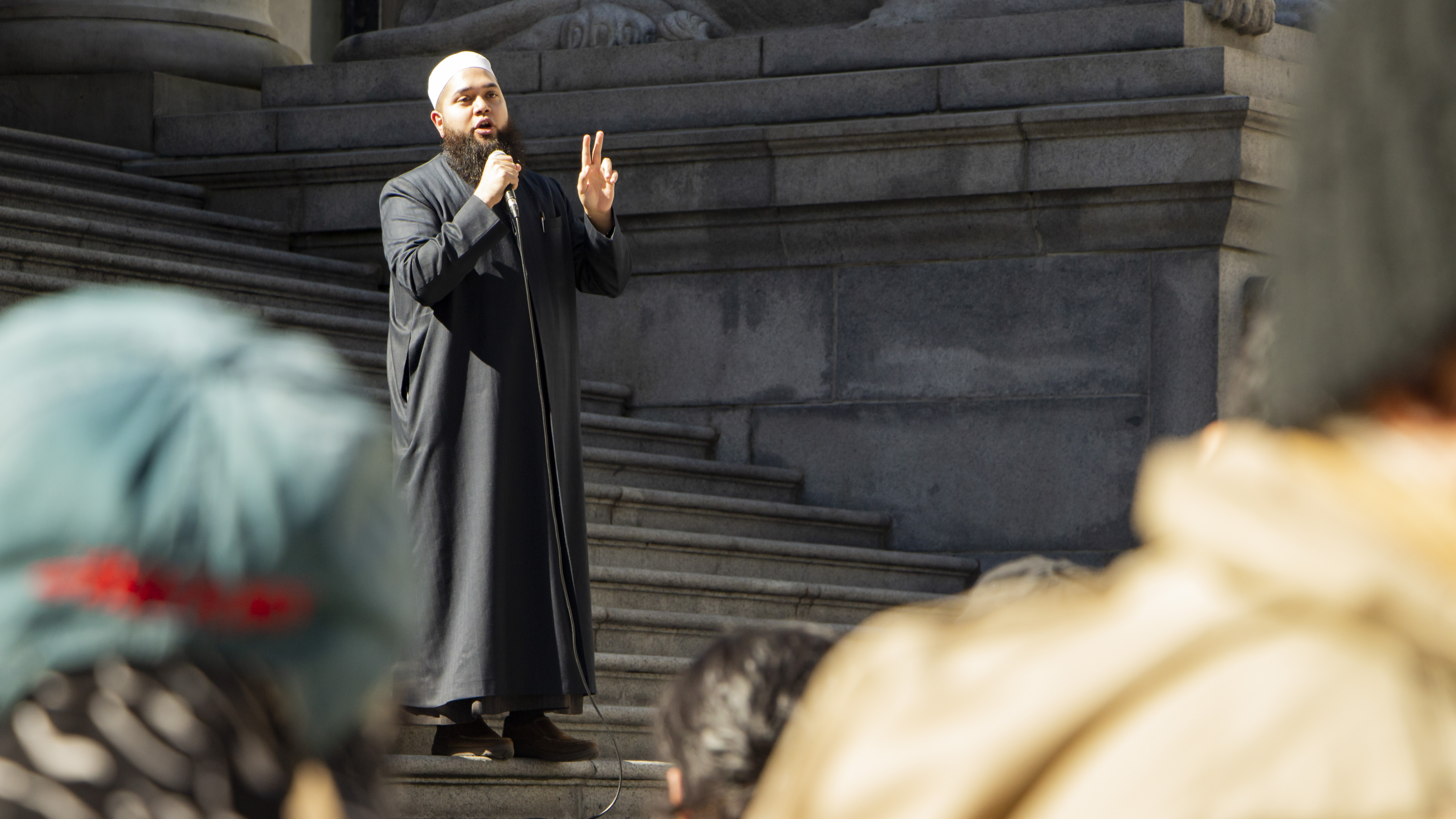 A speaker addresses the crowd at the vigil on Sunday, March 13 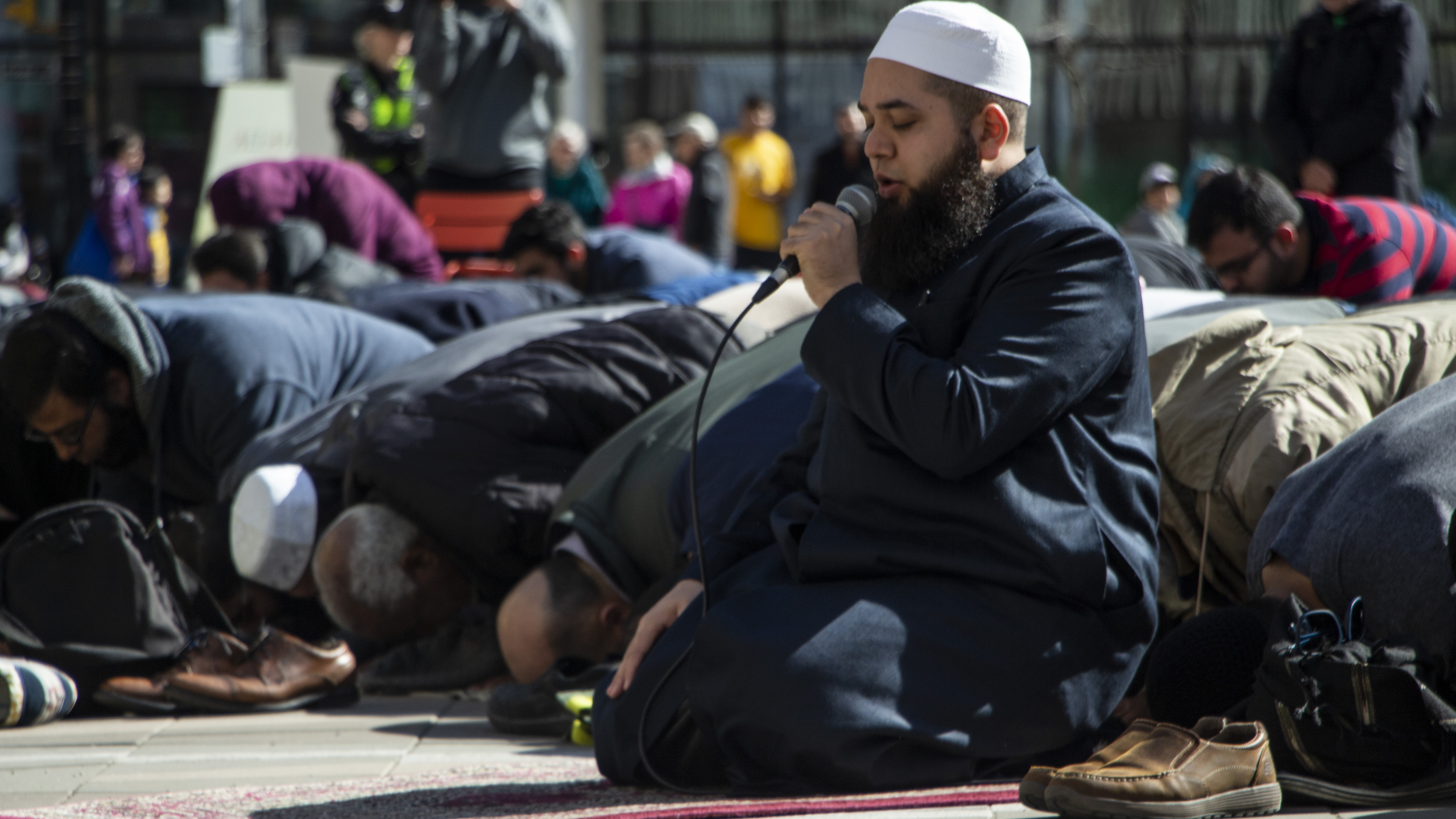 A man says a prayer at the vigil on Sunday, March 13 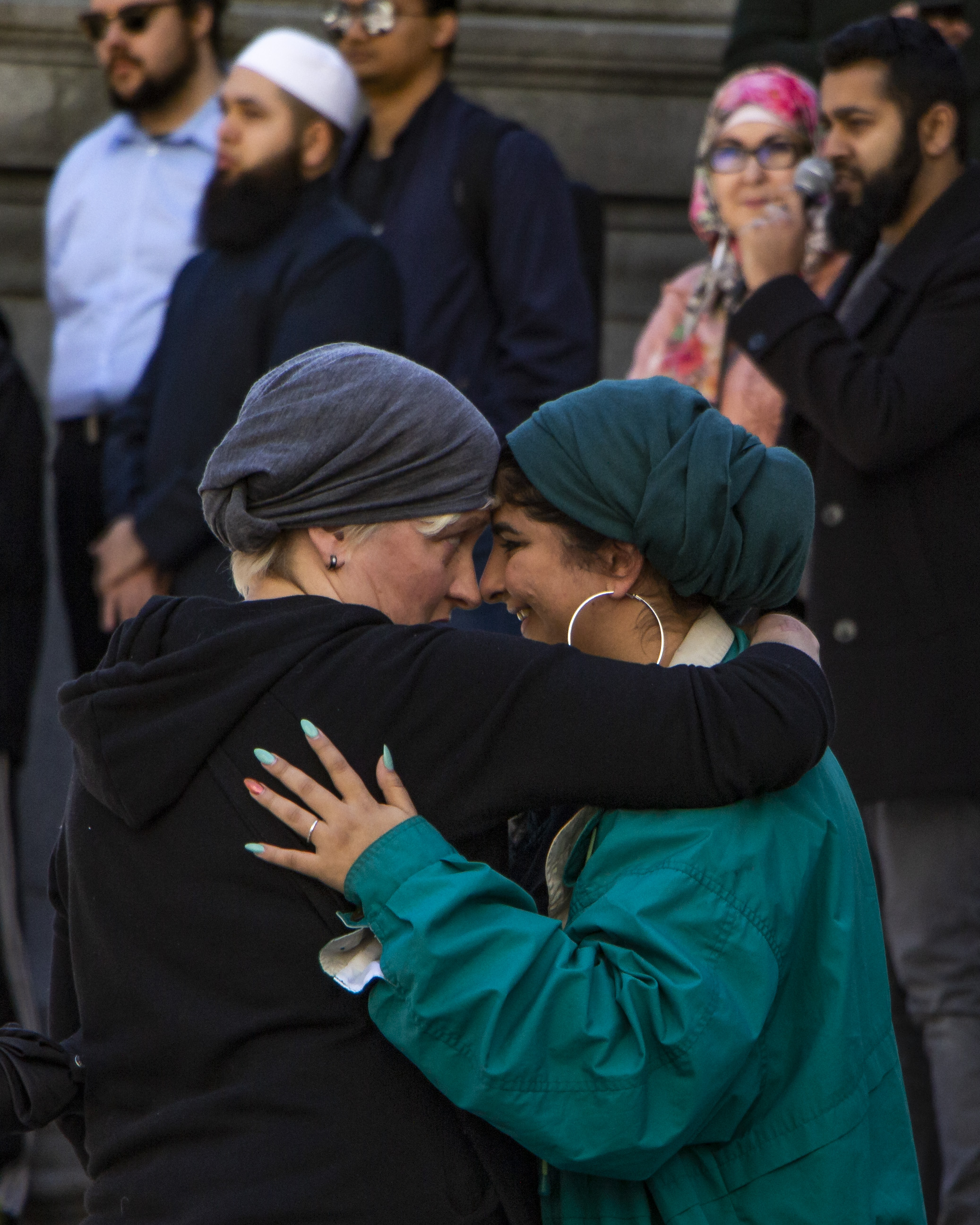 Noor Fadel leaves the steps after she recites a poem at the vigil on Sunday, March 13 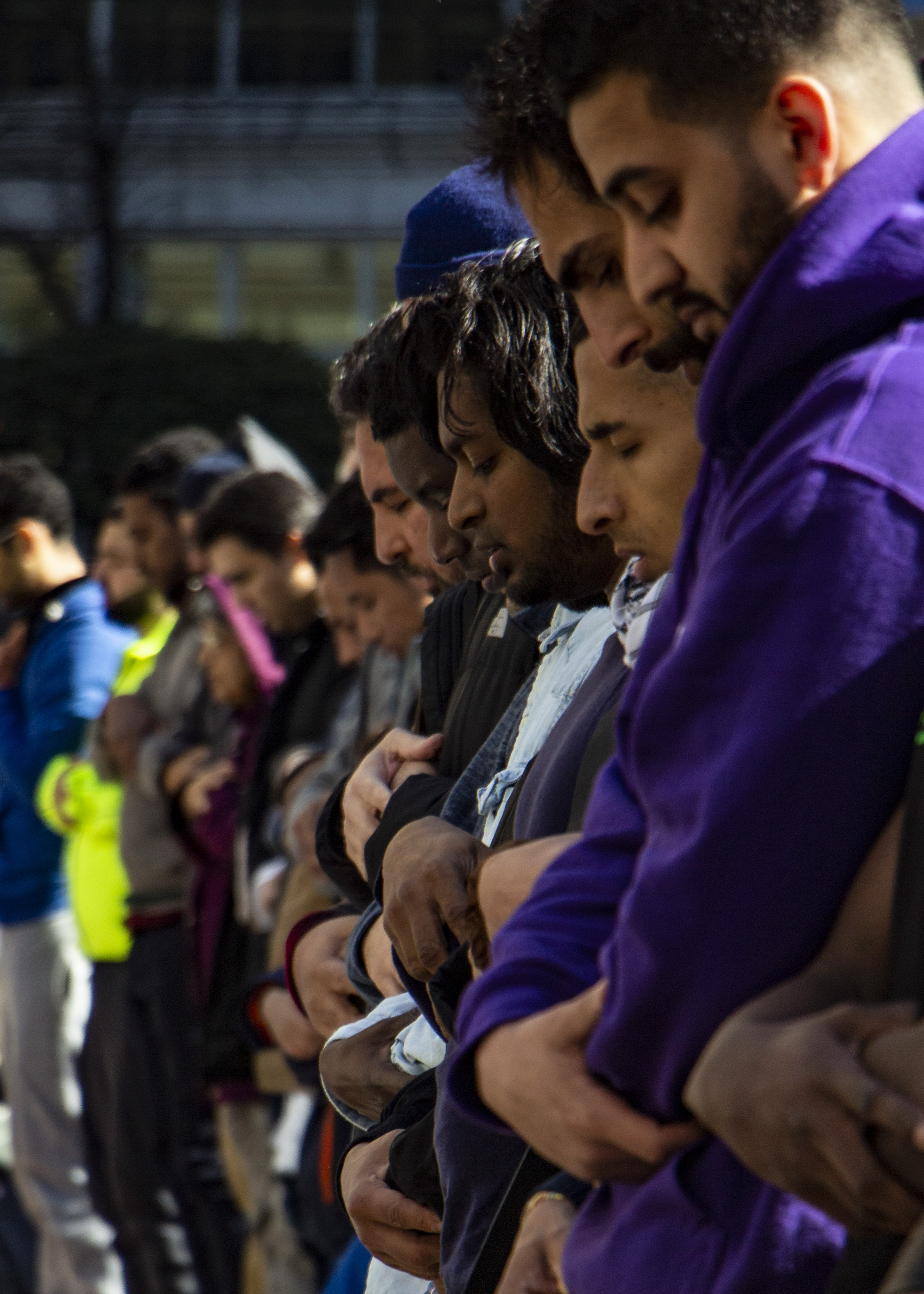 A group of men bow their heads in prayer on Sunday, March 13 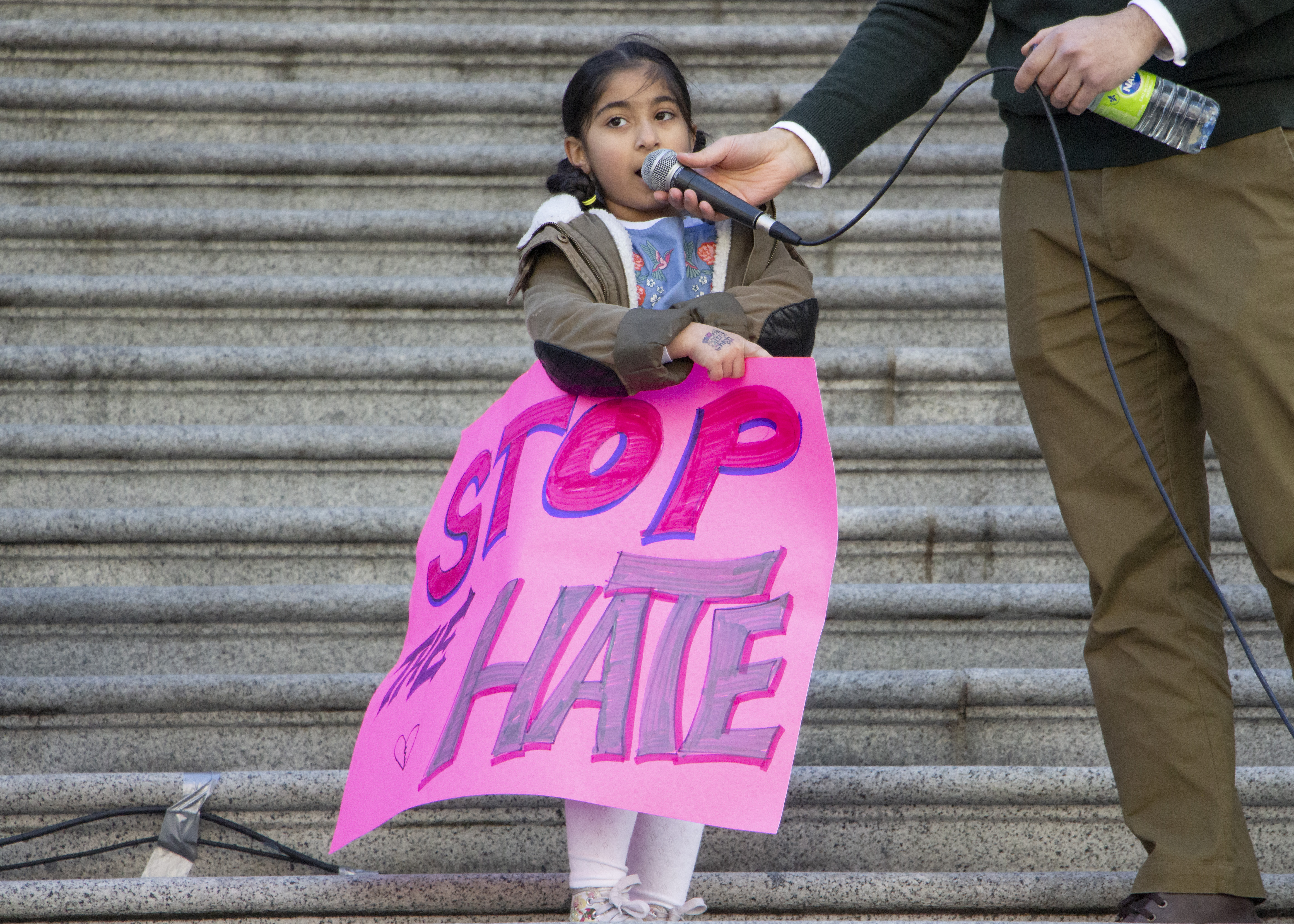 A young girl speaks to the crowd at the vigil on Sunday, March 13 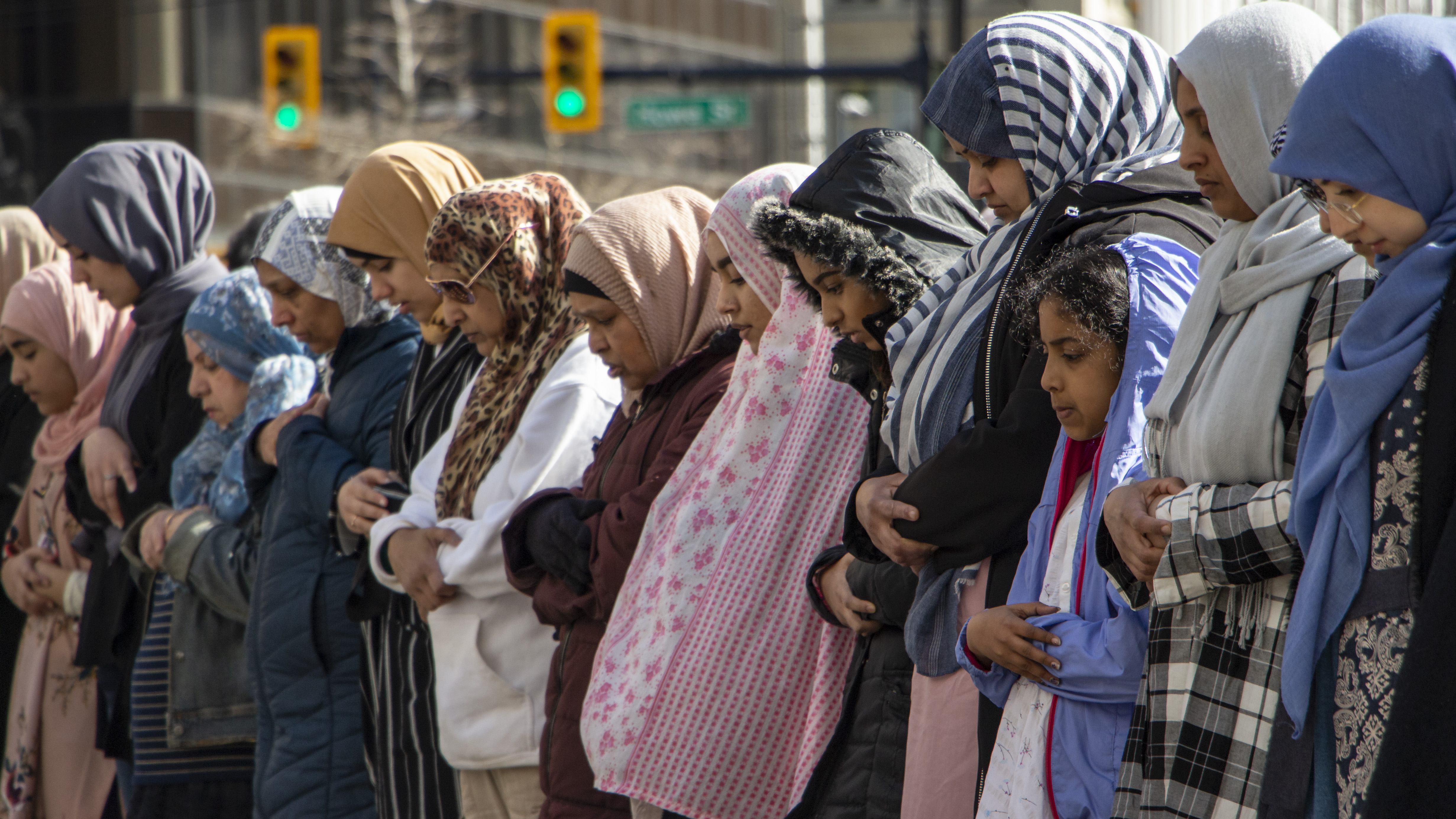 A group of women bow their heads in prayer outside of the Vancouver Art Gallery on Sunday March 17. 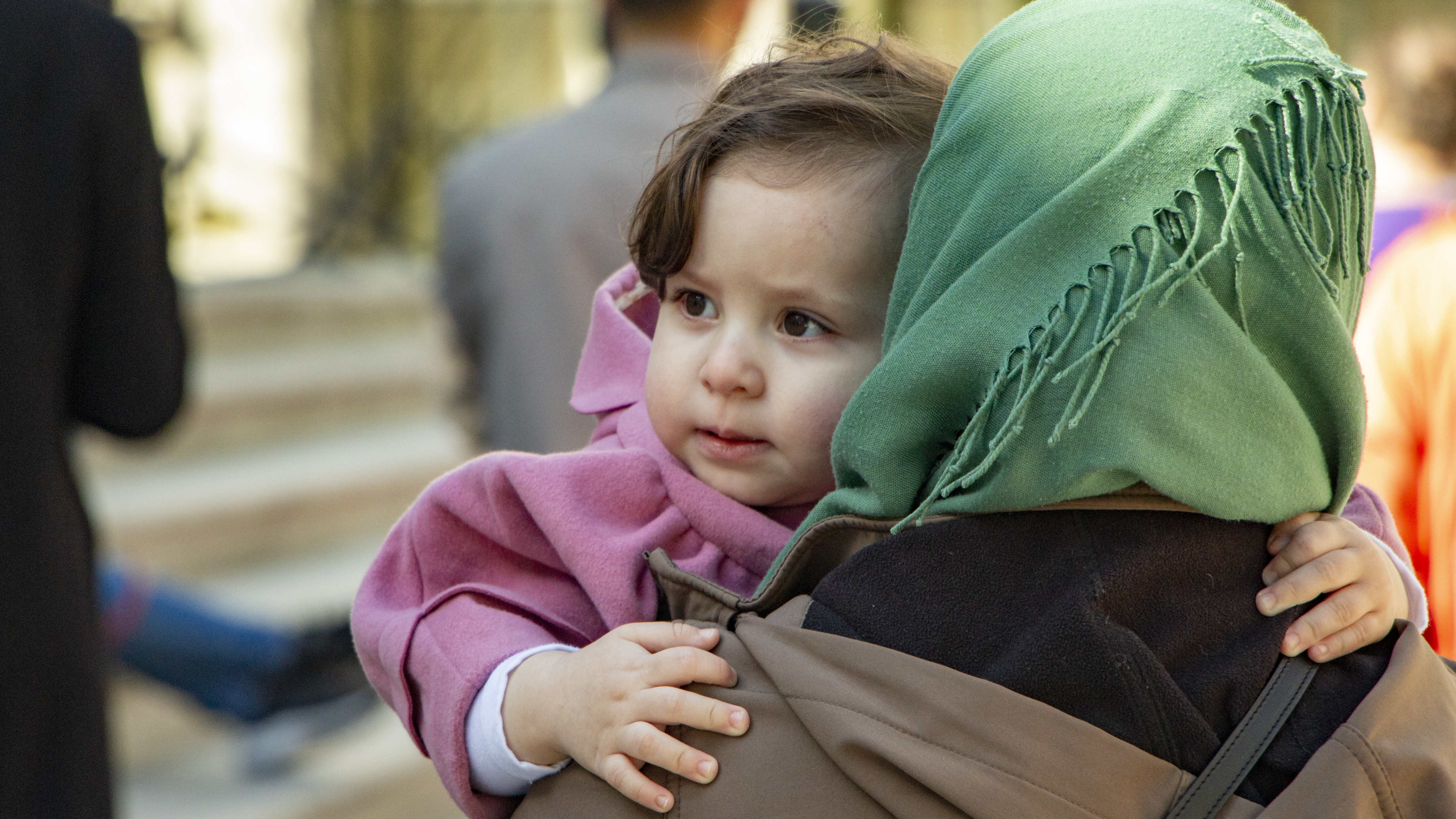 A child looks on at the vigil on Sunday, March 13 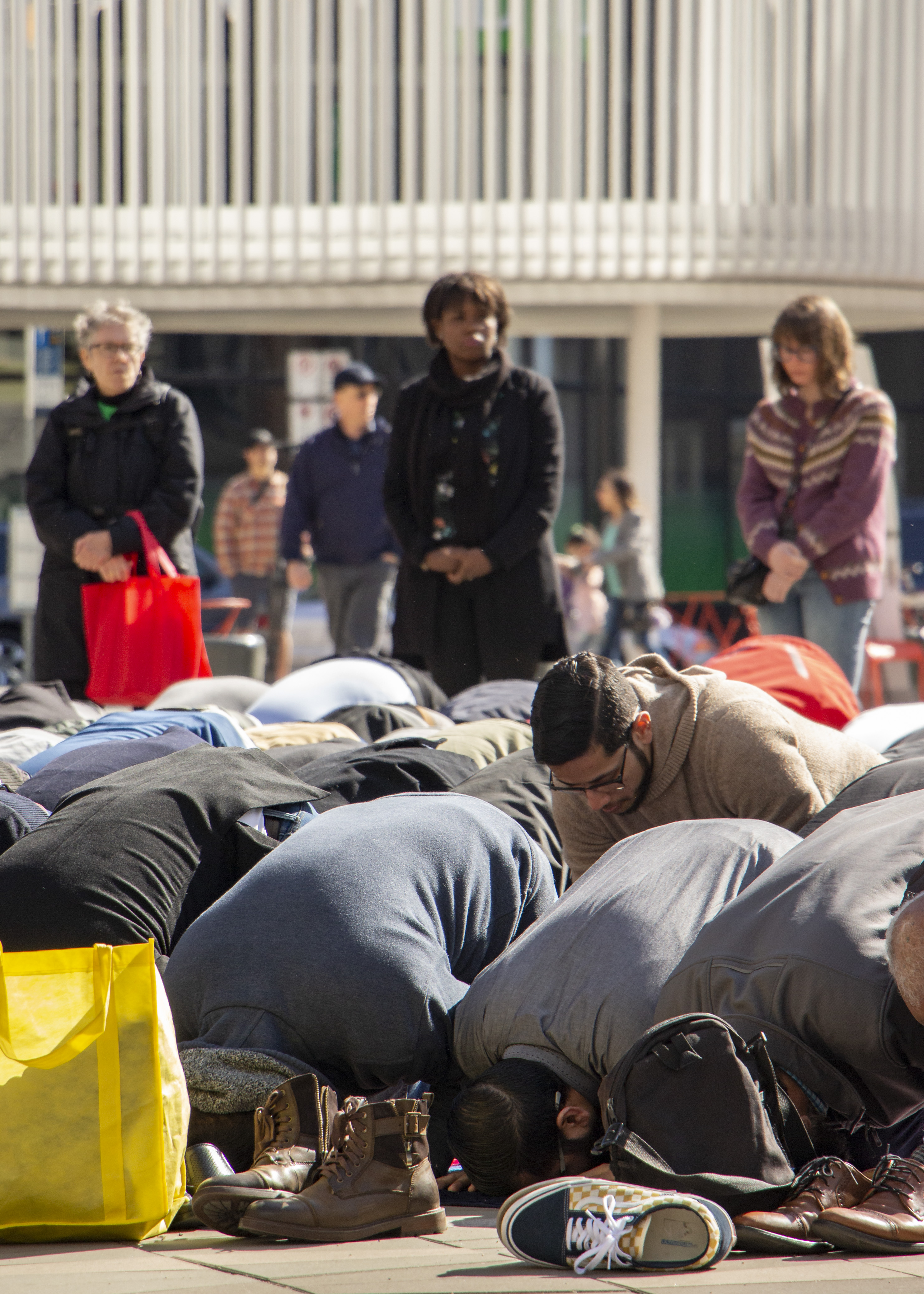 More than 11,000 kilometres from New Zealand, throngs of Vancouverites mourned the deaths of the victims, and pledged intolerance of these targeted attacks.

Langara student Noor Fadel recited a poem to those at the vigil, from the perspective of the victims to an emotional crowd, leaving many in tears.

“Bodies fall, all around me, screaming loud, I’m down on my knees,” Fadel recited. “Nowhere to run, no place to hide, I’m stuck in this place, prepared to die.”

On March 15, an Australian white-nationalist armed with a semi-automatic assault rifle, entered two mosques in the New Zealand city of Christchurch and murdered 50 worshippers before being stopped by police officers.  He livestreamed the entire attack.

Fadel described her anger at the gunman’s racist motives which he laid out in a manifesto before the attack.

Adnan Akiel, an organizer from the Bridging Gaps Foundation, said the event was created to draw attention to spread of racist violence.

“[The New Zealand terrorist attack] woke us up to the reality of ignorance and hate that exists in our society,” Akiel said. “I wanted to use this as an opportunity to address it.”

The terrorist’s manifesto, which was published on the internet, referenced many popular alt-right internet personalities, whom he said influenced his ideology.

The event brought both Muslim and non-Muslim supporters together.

“People from all walks of life, from all faiths, all different genders, different lifestyles, they all came here for the same reason, which is to end ignorance and hate” Akiel said.

Bill McIntosh, an event attendee, said he showed up, “to be human and to be supportive.”

“Intolerance really touches us all,” he said.

Organizers at the vigil offered information on Islamic culture and free copies of the Qur’an.

“If it happened there, it can happen here.”

“The root cause of these acts is ignorance,” Nadeem said. “We are here to answer any questions.”

Humza Rai said he and many other Muslims in attendance showed up to express their grief with other Muslim communities around the world.

“If it happened there, it can happen here,” Rai said.  “It was really heartbreaking and really fearful, so we hope some change can come out of this.”

Even before the New Zealand attack, two alt-right personalities say they had their speaking events pushed out of various venues after activists and city councillors wrote letters expressing their concerns. Stephan Molyneux and Lauren Southern said they eventually had to cancel their events after being unable to find any venue following the attack.

Metro Vancouver has an active Muslim population of over 110,000 people and over a half-dozen mosques in the city alone.

Police officers have stepped up their patrols of Muslim worship areas to make the community feel safe.