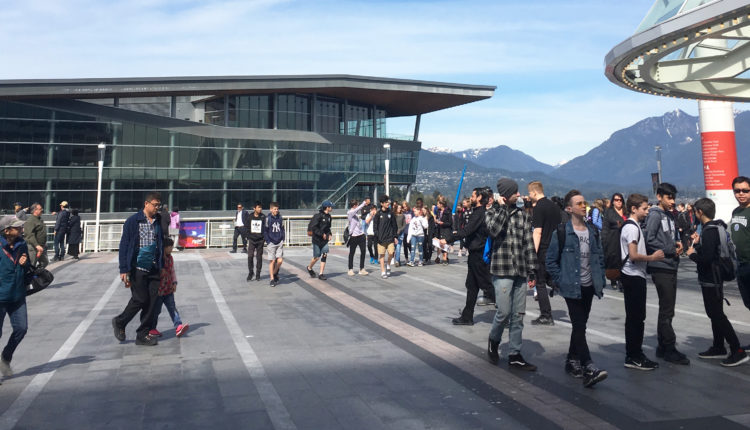 Local businesses are hiring extra staff to cope with what the Port of Vancouver says will be the busiest cruise season ever, with over one million anticipated visitors coming into the city.

Canada Place is expecting almost 300 cruise ships coming into the Port of Vancouver this cruise season, with more than a 20 per cent boost in passengers. In 2018, Vancouver saw 243 cruise ships come through the port.

Victor Mota, a guest experience guide at FlyOver Canada near Canada Place, said that this spring break has been busier than usual for the tourist attraction.

“Everything is increasing drastically. This summer, the number of our retail employees is expected to triple compared to last year,” Mota said. “Cruise ship season has two things that impacts us: how many employees we’re supposed to hire, and how much work we’re expected to do.”

Mota says that staff at FlyOver Canada were given a schedule of the ships to prepare for the increased workload during the cruise ship season.

Tim Jones, a ticket information guide at Westcoast Sightseeing, said that everything has started earlier this year.

“Usually our peak season might start around April, like right now,” Jones said. “But it has started earlier this year, like January to February I’d say,” Jones said.

Danielle Jang, a media representative from the Port of Vancouver, says that they are expecting a record number of cruise passengers to come through the Canada Place terminal this season, which typically runs from March to November.

“With roughly 21 per cent more passengers, there is an estimate of more than a million passengers and 290 ship visits coming into Vancouver,” Jang said.

She also said the Port of Vancouver has made a number of enhancements to improve passenger flow, such as redesigning the ground transportation area.

“There’s been a reconfiguration of the terminal to expand passenger processing areas,” Jang said. “We also now have free wifi available to passengers to use.”

UPDATE: Arson attack on Langara College was planned and deliberate