UBC law students have found a place of refuge this exam season, where they can be themselves, have open conversations and cross-stitch together.

The Centre for Feminist Legal Studies at UBC and Law Needs Feminism Because hosted their first Crafternoon: Stitch’n’Bitch session Tuesday. They hope to make the drop-in event a regular occurrence—inviting law students of all genders to partake in a break from studying by making their own cross-stitch or embroidery project.

The CFLS’ first Stitch’n’Bitch took place in the centre’s Marlee Kline Room, a lounge named after the late UBC law professor in honour of her commitment to looking at law through a critical and challenging lens.

“We were going to do it as kind of an evening thing but the transit strike impacted our availability,” said Nazanin Panah, the student coordinator for the CFLS. “So we’re doing kind of a drop-in thing today because it is the last week of the semester and super busy.”

Not a new concept

Stitch’n’Bitch, a name usually used to refer to social groups who get together to craft and vent, has been happening since World War I, Panah said, with a surge in popularity in the recent years.

Law Needs Feminism Because co-leader Jennifer Mackie thinks that safe spaces such as the Marlee Kline Room are important so that students can come together and be themselves.

In a place where gender, class, race and social class all matter, Mackie stressed the importance of having a place where you can “shut the door.”

Meagan Engh, a second-year law student who attended the Stitch’n’Bitch, said she uses art and her spirituality to unwind, remain grounded in reality and not focus on “achieving all the time.”

“If you’re valuing only someone’s analytical mind and how fast they’re answering questions in class, it’s a very different experience than being somewhere where people value your day and your opinion,” Engh said.

Panah thinks that students who go to the Marlee Kline Room to unwind during the day could benefit from having crafting tools attainable all the time.

“[Students can] stitch when they’re stressed or want to be creative because you kind of need those spaces,” she said. 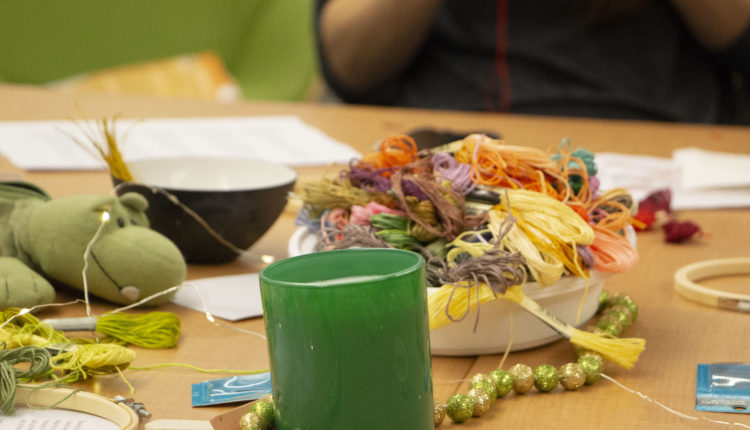 Supplies are open to any one to use at UBC's CFLS lounge, the Marlee Kline Room. 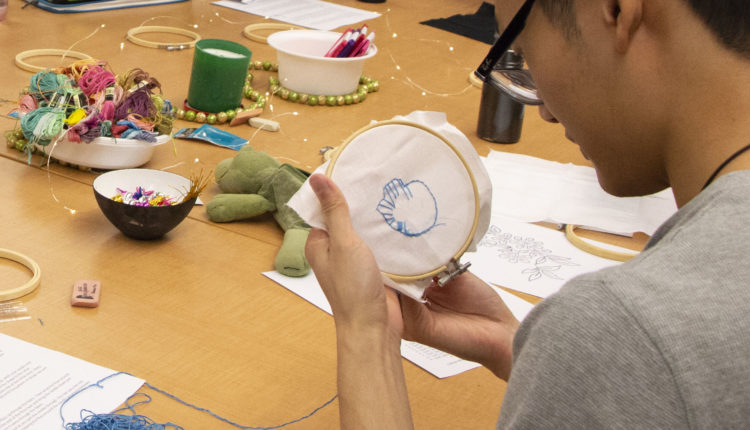 A cross-stitch being put together by a man at The Centre for Feminist Legal Studies' Stitch'n'Bitch. 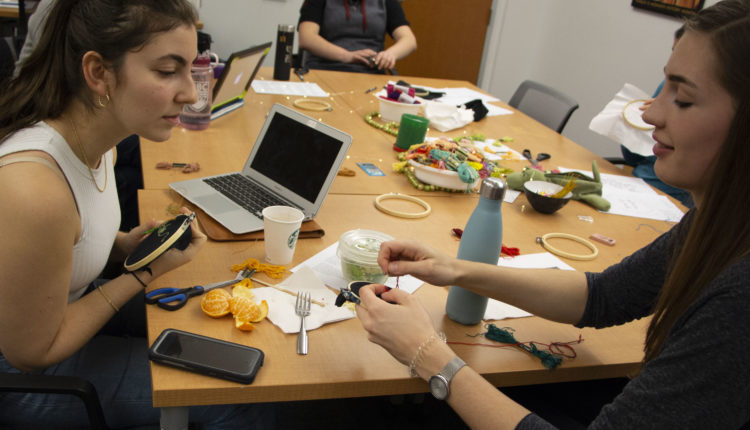 Students engage with one another and work together while they unwind and craft together on Monday at UBC. 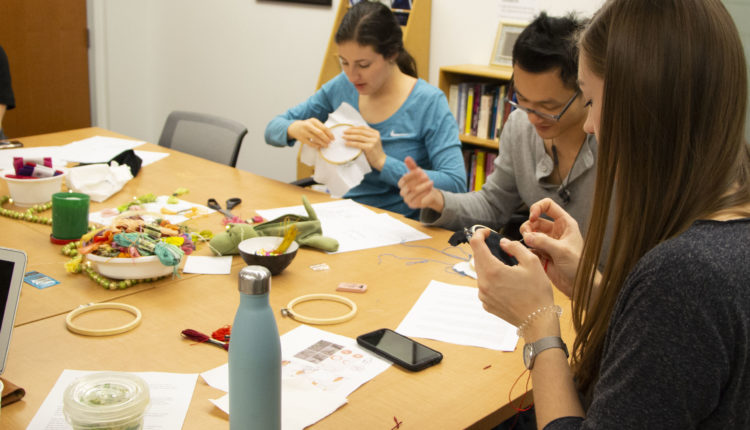 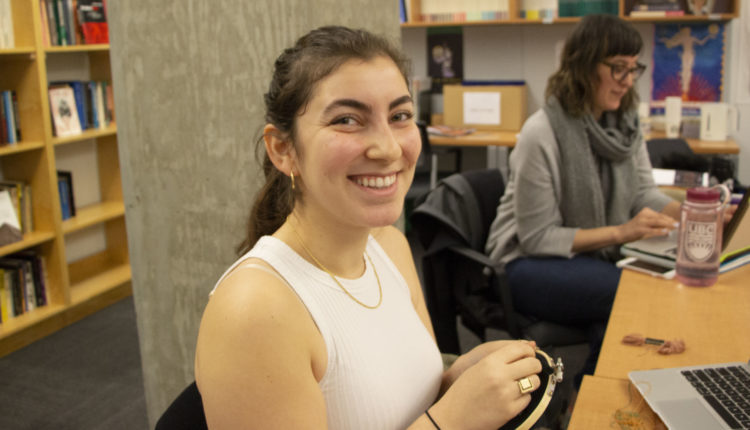 Nazanin Panah crafting at the Crafternoon: Stitch'n'Bitch at UBC. 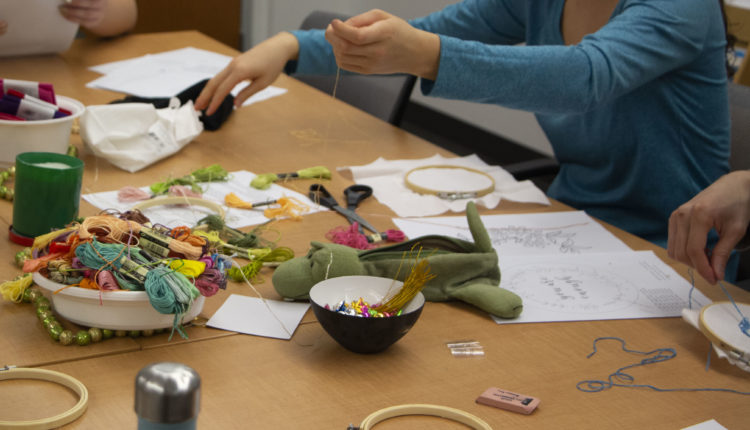 Cross-stitch and embroidery supplies are available to anyone who wants to join the Stich'n'Bitch. 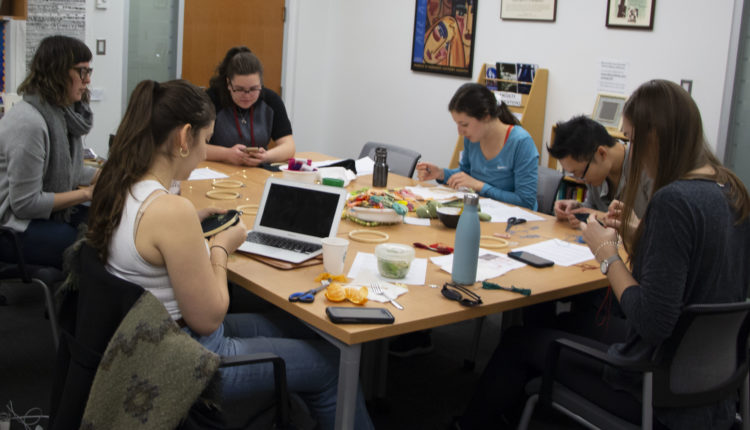 Students gather in the Marlee Kline Room at UBC to unwind during the end of the semester. 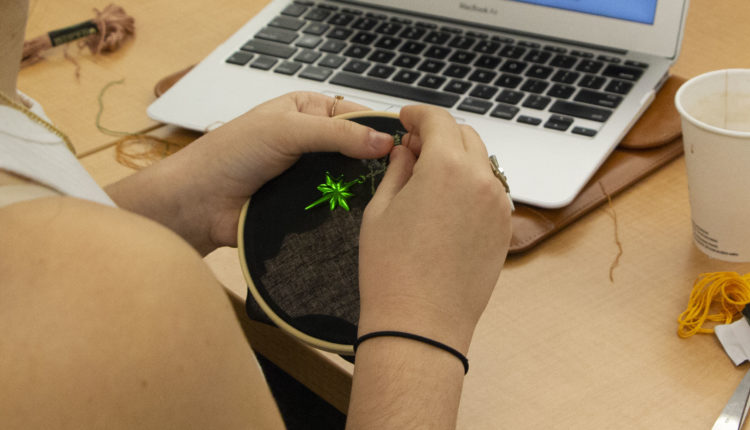 An embroidery at Crafternoon: Stitch'n'Bitch's first session on Monday.
Prev 1 of 8 Next